From violent firestorms to catastrophic floods, recent events in Australia reaffirm that we’re already feeling the impacts of climate change.

Unfortunately, this trend of volatile weather is set to worsen, and the world will experience more frequent natural disasters in the coming decades.

To prevent the deadliest consequences of climate change we must decarbonise the whole economy. This will require an energy transition at a scale never seen before.

Transitioning to renewable energy will be a complicated endeavour, partly because in many regions of the world political ideologies and vested interests have delayed or prevented the development of holistic and realistic energy transition plans.

In 2022, there is still much myth and misinformation about what decarbonising our energy system means. To tackle the threat of climate change and seize this historic opportunity, we need to look at the evidence base and separate fact from fiction.

Our energy future will be renewable and decentralised

As we inevitably phase out fossilfuels across the economy, our electricity system will produce most of our energy — through renewables. The rapidly decreasing costs of renewable energy technology is driving Australia towards an energy system powered by centralised, utility-scale wind and solar, and decentralised photovoltaic systems.

Evidence from the CSIRO shows that renewables are already the cheapest way for new power plants to make electricity. They’ll get even cheaper in the decades ahead.

When it comes to distributed generation, Australia has the highest per capita adoption of solar panels anywhere in the world.

Currently, around three million homes in Australia have rooftop solar. That means in some parts of our grid, one in three homes are already being powered by the sun.

While these trends in renewable adoption aren’t exclusive to Australia, they are happening here faster than almost anywhere else in the world.

The latest modelling from the Australian Energy Market Operator Integrated System Plan shows that over the next 30 year, renewable and distributed energy generation will become our main energy source.

We can run the grid without burning fossil fuels

While innovation will continue to improve the efficiency and price of renewables, the technology we need to produce 100 per cent of our energy without fossil fuels already exists today.

One false but persistent myth about the energy transition is that we’ll always need to keep burning some coal, oil, or gas for something called ‘baseload power’.

In reality, the term ‘baseload’ refers to an outdated historical mechanism for dealing with the inherent inefficiency of burning coal.

In contrast, it is true that to operate an electricity grid, you need to make sure you have both energy reliability and energy security.

Energy reliability means that we have enough electricity supply to meet the grid’s demand at any point in time.

Energy security means that we can keep the electricity system working when there’s a disruption, like a generator outage or a transmission line going down.

Under the current way our grid operates, energy security requires both inertia and system strength. Inertia is required to maintain a stable frequency as as energy supply and demand fluctuates.

System strength is the electricity system’s ability to maintain the right voltage waveforms, which makes the grid more resilient to disturbances.

Historically, fossil fuel fired generators have been a source of both inertia and system strength. But they’re definitely not the only source.

We can supply both inertia and system strength with other assets that don’t contribute to carbon dioxide emissions, most notably with energy storage technology. 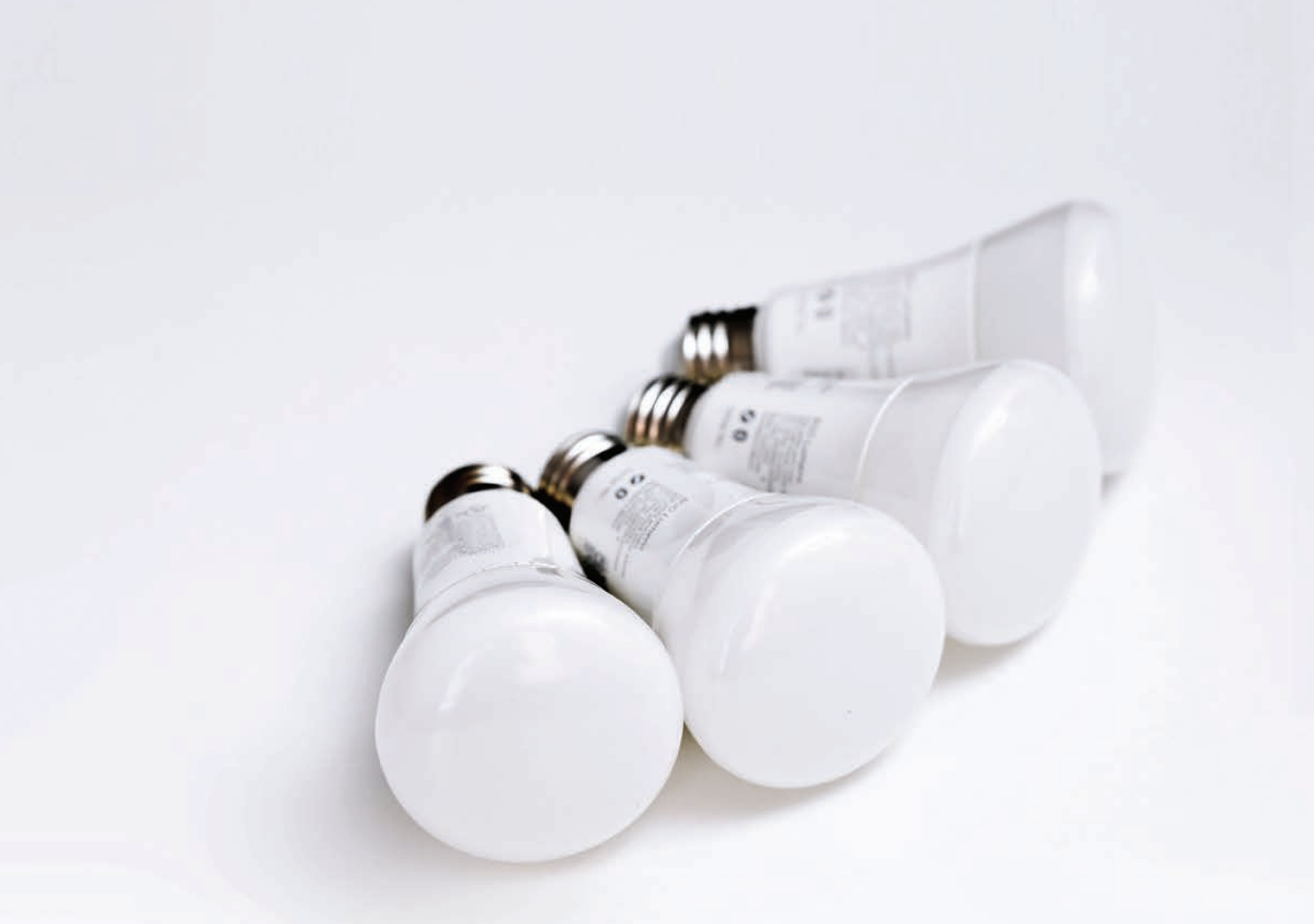 Energy storage will get better, cheaper, and more widespread

In a renewable and distributed power system, we’ll need to store energy to make it reliable and secure. Electrical energy will be stored with pumped hydro (like the currently underconstruction Snowy 2.0) and in different kinds of batteries.

Meanwhile, bigger battery systems will store energy from utility-scale wind and solar plants directly via ‘transmission connection’ and will usually be located near these renewable generators.

Electric vehicles also represent a significant amount of battery storage — they’re grid-connected batteries on wheels. If every petrol car in Australia was replaced with an electric one, it would provide an energy storage ‘asset’ with more than five times the storage capacity of Snowy 2.0.

Energy storage won’t just be electrical. Both residential and commercial applications will also take advantage of thermal storage in the form of hot water heaters and boilers.

The transition won’t be led by technology alone

All this talk of energy generation and storage assets might lead us to believe that this will be a purely ‘technology-led’ energy transition.

But while technology is important, decarbonising our power system is a complex socio-technoeconomic challenge. We need a deep understanding of the social and economic dimensions of the transition as well as the technical ones.

For example, current models of distributed solar photovoltaic panels and residential battery adoption heavily favour people and households who can afford these new technologies and own their own homes.

Vulnerable customers, renters and apartment dwellers urgently need new models of ownership and use to benefit from the uptake of these new technologies. As we wind down the fossil fuel industry, we also need to support and retrain the large number of people it currently employs to make sure this transition is socially and economically just.

In a renewable and distributed power system, we’ll need to store energy to make it reliable and secure. Electrical energy will be stored with pumped hydro (like the currently underconstruction Snowy 2.0)

We need to integrate all parts of the energy system

Our future energy system will be largely electric. However, electrification alone is only one piece of the puzzle.

The key to effective decarbonisation will be integrating new generation, storage, and transportation technologies into our energy system.

Integration will involve finding and using tools that allow these new technologies to talk to each other and work together.

In the same way that the convergence of communications led to the internet being called the information superhighway, the integration of these technologies into our electricity system will make it the ‘electricity superhighway’ of the future.

This electricity superhighway will underpin our energy transition and ensure that we sustainably decarbonise the whole economy. Effectively integrating all these technologies into our electricity system will also enable more resilient infrastructure and communities.

Renewable and distributed energy generation and storage can underpin microgrids and neighbourhood energy systems that ensure communities continue to have access to energy during volatile weather and natural disasters.

Perhaps the most important unresolved questions about our energy transition involve the roles of gas and hydrogen.

Fossil gas is sometimes referred to as a transition fuel because of an inaccurate perception that it’s cleaner than coal. But while gas emits somewhat less carbon per unit of energy produced at the point of generation (just over half as much as coal) these emissions are still dangerously changing the climate.

Furthermore, the gas supply chain emits uncaptured methane: a potent greenhouse gas which captures heat in the atmosphere at approximately 25 times the rate of carbon dioxide.

To rapidly achieve our decarbonisation targets, it’s vital that we eliminate the use of gas in our energy system as quickly as possible.

Replacing gas is one of the reasons why people are getting excited about opportunities for green hydrogen. Unlike brown and blue hydrogen, which still emit significant amounts of carbon dioxide, green hydrogen is typically produced from the electrolysis of water with energy from renewable sources like solar and wind.

Current evidence suggests that most Australian-produced hydrogen will be exported, with countries including Japan and South Korea signalling that in coming decades they’re looking to decarbonise their economies through the significant uptake of green hydrogen.

The use of hydrogen in Australia will probably be limited to inputs for industrial processes and in difficult-to-decarbonise sectors like long-haul transport.

Fully exploring the potential of a hydrogen economy in Australia is only just starting. However, the opportunities for hydrogen could be literally sky high. For example, Airbus recently announced a demonstration program to explore the potential for hydrogen powered aircraft.

Professor Lachlan Blackhall is Entrepreneurial Fellow and Head, Battery Storage and Grid Integration Program at The Australian National University. Professor Blackhall holds a BE, BSc, and a PhD in engineering and applied mathematics, is a Senior Member of the Institute of Electrical and Electronics Engineers (IEEE) and a Fellow of both the Institution of Engineers Australia (IEAust) and ATSE. In 2015 Lachlan won ATSE’s Batterham Medal for Engineering Excellence.