Climate challenges and the path to mitigation

Home > News & Events > Climate challenges and the path to mitigation

Presented in association with The Royal Society of Tasmania

The scientific evidence for global warming is unequivocal. To avoid the widespread and dangerous impacts of climate change, strong action is required. Mitigation responses are critical to reduce the rate of warming in the global climate system. Adaptation responses are necessary to reduce the impact of current and future climate-related stresses and manage future climate change risks.

The Australian Academy of Technology and Engineering and the Royal Society of Tasmania bring together three standout speakers who will take the audience on the path from climate crisis to sustainable future. Professor Nathan Bindoff, a three times lead author on the International Panel of Climate Change (IPCC) assessment report, will provide a snapshot of emerging new climate states, tipping points and extreme weather in our potential future with weather events more frequent and intense than ever before; ATSE Fellow Professor Mary O’Kane will examine the nature of the 2019-20 bushfires, why they raise some particular challenges for mitigation and how applied scientists can influence policy development effectively. The energy sector plays a major part in climate change mitigation; Andrew Catchpole has for the last twenty years been involved in Hydro Tasmania’s participation in Australia’s National Electricity Market and will talk about the sector’s current mitigation strategies as they shift to sustainable energy production.

Australia’s mitigation and adaptation efforts will be strongly enhanced by the timely adoption and further advancement of technological and scientific innovations, supported by government policy settings that encourage investment in technologies already available.

With strong leadership from government and active participation by industry, Australia is well placed to meet the challenges and be a leader in capturing the opportunities in effective climate change mitigation and adaptation.

This event is open to the public. People with an interest in Science, Technology, Engineering and Maths (STEM) are encouraged to attend.

The event will be recorded.

Attend in person
Watch via zoom 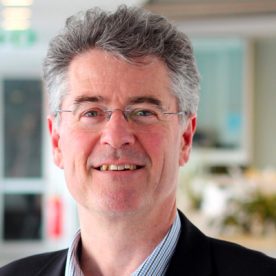 Nathan Bindoff is a Professor of Physical Oceanography at the University of Tasmania at the Institute for Marine and Antarctic Studies, and is one of the world’s leading climate change scientists.

He has been a coordinating lead author for the Intergovernmental Panel for Climate Change (IPCC) three times, and contributed to the IPCC winning the Nobel Peace Prize in 2007, shared with Al Gore. He was part of the team that coined the phrase ‘Global warming is unequivocal’. 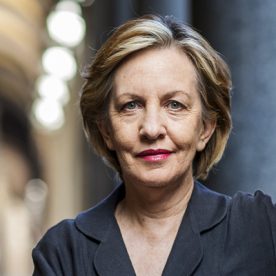 Mary O’Kane is Chair of the NSW Independent Planning Commission, a company director, and Executive Chairman of O’Kane Associates, a company advising governments and the private sector on innovation, research, education and development. She was NSW Chief Scientist and Engineer from 2008-2018; Vice-Chancellor of the University of Adelaide from 1996-2001 and Deputy Vice-Chancellor (Research) at Adelaide from 1994-1996.

Mary has served on several boards and committees in the public and private sectors, especially related to energy, engineering, Antarctica, ICT and research. She is currently Chair of the boards of the Institute for Marine and Antarctic Studies (IMAS), Aurora Energy Pty Ltd and Sydney Health Partners and a member of the board of the Innovative Manufacturing Cooperative Research Centre.

She also carries out reviews in a wide range of fields in many countries. She recently was one of the two leaders of NSW Bushfire Inquiry.

As noted in the NSW Bushfire Inquiry, “The 2019-20 bush fire season was extreme, and extremely unusual. It showed us bush fires through forested regions on a scale that we have not seen in Australia in recorded history, and fire behaviour that took even experienced firefighters by surprise. The total tally of fire-generated thunderstorms in south-eastern Australia since the early 1980s increased from 60 at the end of 2018-19 to almost 90 at the end of the 2019-20 bush fire season – an increase of almost 50% in one bush fire season. Fire-generated thunderstorms are extremely dangerous phenomena that produce extreme winds, lightning, tornadoes and black hail.

The season showed us what damage megafires can do, and how dangerous they can be for communities and firefighters. And it is clear that we should expect fire seasons like 2019-20, or potentially worse, to happen again.”

Reflecting on the nature of these fires, this talk will examine the policy and organisational  challenges that extreme climate events give rise to. 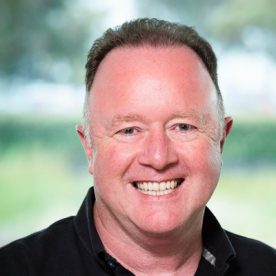 Andrew Catchpole has for the last twenty years been involved in Hydro Tasmania’s participation in Australia’s National Electricity Market.  Roles have covered market entry and regulation, energy policy and stakeholder engagement, business sustainability and transformation. Most recently Andrew has had responsibility for corporate strategy, energy policy and regulation, advocacy, engagement and business development for Hydro Tasmania. He is a Fellow and former Director of the International Hydropower Association, and a Trustee of the Tasmanian Museum and Art Gallery. Andrew is currently establishing CatchOn Pty Ltd, a professional services consultancy assisting clients with development opportunities in the energy, water and resources sectors.

The energy sector is a major contributor to carbon emissions globally, and in Australia. It is also the sector with well developed, economically competitive low-emission technology options for electricity generation. As the transition to variable renewable energy sources progresses, new challenges in system security, reliability and market design arise, driving a growing need for energy storage technologies and the market signals to incentivise investment in them. Decarbonisation of the stationary energy sector presents opportunities to assist in the decarbonisation of other sectors, such as transport and manufacturing, through substitution of fuel or inputs, leading to the emergence of a green hydrogen economy.

Presented in association with The Royal Society of Tasmania