ATSE invites you to join in presentations, debate and a Q&A on the critical topic of climate change and global warming. Join our two leading experts as they present put their cases on this vital climate change topic and do so with their unique technical and commercial expertise.

Scientists agree CO2 is a major marker and cause of global warming. What should we be doing about it? Is business the facilitator, and how can Australia capitalise on this opportunity?

Dr Katherine Woodthorpe AO FTSE will draw on her varied career as a leader in Climate Science, Venture Capital and Renewable Energy including as Chair of the National Climate Science Advisory Committee and Chair of the Antarctic Science Foundation.  Ralph Evans AO has researched the science, the economics and the politics in producing his definitive book on the subject (Toast) and is a firm believer that “wealth generation is a must do” in the solution. To make this luncheon livelier we are asking you to read some of what both Katherine and Ralph have published on the topic and be prepared to join in a productive Q&A session: 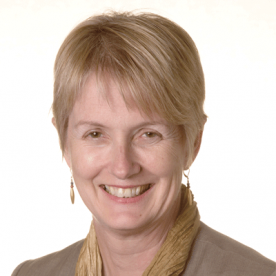 Dr Katherine Woodthorpe AO FTSE is Chair of the Bushfire and Natural Disasters Cooperative Research Centre (CRC), a Fellow of the Australian Institute of Company Directors and the Academy of Technology and Engineering. She holds a PhD in Chemistry and an Honorary Doctorate from the University of Technology Sydney. In 2017, she received an Order of Australia for her ongoing service to research and technology innovation in Australia. She is Chair of the Antarctic Science Foundation and, until recently, of Fishburners. She is a director of VAST Solar and the Reliable Affordable Clean Energy (RACE 2030) CRC and previously of ARENA. She Chaired the National Climate Science Advisory Committee through the Departments of Environment and Energy, and Industry and Science. The Committee produced “Climate Science for Australia’s Future” report available on the science.gov.au website. 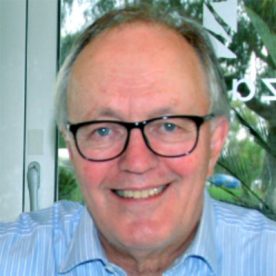 Ralph Evans AO graduated in chemical engineering at the University of Sydney and then completed his MBA at Stanford. He has had a remarkably diverse and influential career. After an early stint as an engineer at CSR’s distillery in Pyrmont and completing his MBA, Ralph joined McKinsey in London and Africa before transferring to Sydney. In 1979, Pappas Carter Evans & Koop a management consultant in Sydney and Melbourne was formed.  Following its acquisition by Boston Consulting, Ralph became a V-P. Subsequently, he was appointed CEO of Austrade, then worked on a number of company and charity boards before becoming CEO of AICD. He is now a private consultant.

Ralph is an accomplished author and his latest book, Toast describes the huge threat climate change poses to the world and to Australia in particular. It explains why this has proven so difficult to perceive, and sets out the evidence as to why the climate scientists are right. Describing how powerful interests have spread false information to undermine the science and promote denial, it probes the reasons why many intelligent people reject the advice of expert scientists. Toast shows how a technological revolution is making renewable power cheap and will see electric vehicles replace most of those with internal combustion engines and addresses the gridlock in energy and environmental policy in Australia.