The world is undergoing a massive market shift towards lower emissions. Decarbonisation, and how we can adapt to mitigate impacts on our economy, will be crucial to global competitiveness. The question for Australia is – how can we create a new energy export that grows our economy, and maintains or increases the jobs in our energy sector?

In this presentation Dr Larry Marshall FTSE, Chief Executive at CSIRO will discuss the potential for hydrogen to transform our energy sector, transform our exports, and create an estimated 8,000 jobs and $11 billion a year in GDP.

Register early to avoid disappointment as the venue has limited capacity. 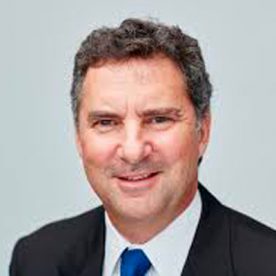 Larry is a scientist, technology innovator and business leader with a wealth of experience in creating new value and impact with science. He has a PhD in Physics and became a global leader in laser research, for which he has received several honours.

He has been CEO/MD and founder of six companies in biotechnology, telecommunications, semiconductors, and venture capital.

He has 100 publications and conference papers, holds 20 patents, and has served on 20 boards of high-tech companies operating in the US, Australia and China.

Larry is a Male Champion of Change committed to tackling gender equality. He is a passionate supporter of Australian innovation, and the power of science and technology to drive Australia’s economic recovery and resilience to future challenges.