VIC: The science behind vaccines

To watch the webinar via zoom is free

This event explored the scope of Australia’s capacity for large scale fermentation production of biologics. With the COVID-19 pandemic inescapably at the forefront of everyone’s minds, much hope is resting on the Australian rollout of an effective vaccine (or two or more).

This event was a timely opportunity to hear from three leading Australian scientists at the forefront of researching, developing and manufacturing vaccines, from the R&D process, through rigorous clinical trials to manufacture of a COVID-19 vaccine.

The science behind vaccines:
Australia’s capacity for large scale fermentation
production of biologics

Cost
To attend in person the cost was $30.50
To watch the webinar was free.

There were two options:

Watch the webinar via Zoom
https://zoom.us/webinar/register/WN_YNI_AicJSJuUOz3pwTqdlw

Attend in person
Please use the blue registration link (at right) 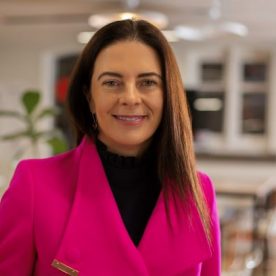 Professor Bronwyn Fox has been instrumental in positioning Swinburne at the forefront of manufacturing, building extensively on Swinburne’s Industry 4.0 initiatives and capabilities. She has led a number of significant initiatives and research partnerships through her role as the founding Director of Swinburne’s Manufacturing Futures Research Institute, including establishing the Industry 4.0 Testlab for Composite Additive Manufacturing in partnership with the CSIRO.

She has demonstrated a sustained commitment to support the growth of the carbon fibre and composite industry in Australia through targeted research and was previously a co-founder of the Carbon Nexus facility at Deakin University, a core part of a $100 million dollar precinct in Geelong. Professor Fox is the Chair of the Australian Academy of Technology and Engineering (ATSE) Victorian Division. She was recently named as 2020 recipient of the Royal Society of Victoria’s prestigious Medal for Excellence in Scientific Research. 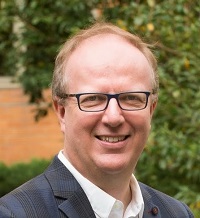 Professor Bruce Thompson is the current Dean, Health Science at Swinburne University, and is regarded as an international expert on clinical respiratory measurement. He is the current President of the Thoracic Society of Australia and New Zealand, the first non-medical president in the history of the society, and in this capacity, Professor Thompson has had a significant role in the SARS-COV2 pandemic, especially as many within the Respiratory Medicine profession have been working on the front line.

Professor Thompson’s strengths are his rare combination of experience in computational and experimental clinical respiratory physiology, combined with clinical laboratory management and testing, allowing the translation of basic science into routine clinical testing. 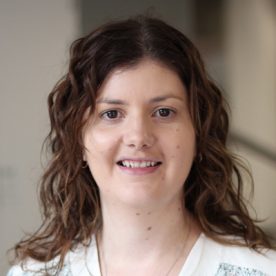 Hexima is a biotechnology company engaged in the research and development of plant-derived defensin peptides for applications as human therapeutics. Its lead product candidate, HXP124 applied in a topical formulation, is a potential new biologic prescription treatment for toenail fungal infections (or onychomycosis). Hexima is currently conducting an Australian phase IIb clinical trial of HXP124 for onychomycosis.

Manufacture of a new drug substances is a critical step in the drug development process. Access to quality fermentation capacity at a range of scales to facilitate process development and production of drug substance for toxicology and clinical studies is crucial for Australian biotechnology companies to successfully develop new products. Hexima was able to utilise microbial fermentation capacity in Australia for early stages of development. However, it needed to move to overseas facilities for later-stage development due to a lack of capacity in Australia. This move to offshore manufacture increases the complexities of development and limits the opportunity for development of internal manufacturing expertise.

Dr Nicole van der Weerden completed her PhD in Biochemistry at La Trobe University in 2007. Her PhD research on the antifungal properties and mechanism of action of plant defensins led to the award of a prestigious Victoria Fellowship in 2006. Since completing her PhD, Nicole has worked for Hexima Limited and has led the discovery and development program for novel peptide therapeutics for fungal infections. Hexima’s lead product, HXP124, completed a phase I/IIa clinical trial in Australia with very promising results and is currently being tested in a phase IIb clinical trial as a novel treatment for onychomycosis (fungal nail infections). Nicole also holds an MBA from Melbourne Business School. 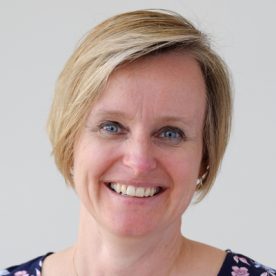 Professor Nilsson will speak about the CSIRO capacity for the development and optimisation of the scale up process for the production of biologics. This will have a focus on using them for Phase I clinical trials.

Professor Susie Nilsson received her PhD from Melbourne University before completing post-doctoral studies at the University of Massachusetts. On her return to Australia, Susie took up a position at the Peter MacCallum Cancer Institute where she became a laboratory head in 2002. In 2005, she moved to the Australian Stem Cell Centre prior to being appointed as an ARC Future Fellow and Team Leader at CSIRO in 2009. She became a group leader at ARMI, Monash University in 2013 and a CSIRO OCE Science Leader in 2014.

Currently she has an adjunct Professor appointment at ARMI, Monash University. The specific goal of her research is to understand hematopoiesis and therefore begin to address the changes and their effects in hematopoietic disease. She has focused much of her independent research career establishing models to identify where blood stem cells reside in the bone marrow, the cellular and extracellular components in that microenvironment as well as the mechanisms through which these regulate the stem cell fate.

Recently she became the Biology Group Leader in the Biomedical Manufacturing Program at CSIRO, which is comprised of 9 teams all involved in Biologics production, purification or assessment. Two of these were critical in the protein production and purification that was key to our recent Phase I COVID-19 vaccine work. 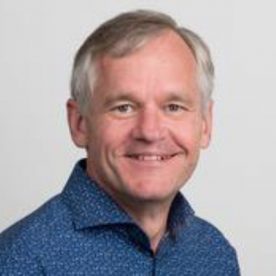 Senior VP, Recombinant & Gene Therapy Product Development. Anthony reports to the CSL Group’s Head of Research & Development & CMO. As a member of the R&D Executive team his position is a key leadership role within the R&D organisation of the CSL Group of Companies and is responsible for allowing the CSL Group to pursue an ambitious and successful Recombinant and Gene Therapy Product Development program that contributes to the company’s vision of being a leading global biopharmaceutical company. Anthony has overall, global responsibility for the design, implementation and delivery of Process Development activities for both CSL’s global Recombinant and Gene therapy Product Portfolios. Anthony’s team is responsible for the successful development of new manufacturing processes for CSL’s biotech products and the supply of drug from early preclinical studies and clinical trials, through to product Licensure; and the compilation of the technical and quality content of Regulatory submissions enabling product launch.

Anthony leads more than 330 Process Development scientists located in Australia, Germany, Switzerland and USA., with a responsibility for about 15% of CSL’s >USD700 million R&D budget. He has the pleasure to lead a strong collaborative team spanning cultural and geographical boundaries that seamlessly delivers a coordinated global Recombinant & Gene Product Development portfolio. Anthony has worked in leadership roles in the biotech industry for over 20 years and has worked for extended periods in Australia, Germany, Denmark and the United States. Anthony did his graduate studies at the University of Queensland & his PhD at the QIMR.