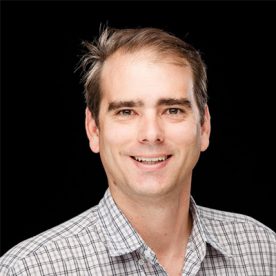 Dean and Head of the School Engineering, The University of Western Australia

Professor Tim Sercombe obtained his PhD in Materials Engineering from The University of Queensland in 1998 and during this time, he began working in the area of 3D Printing. This was well before most even knew that 3D Printing was a “thing”. His publication is widely considered to be some of the earliest work on the 3D Printing of functional aluminium in 1998. After completing his PhD, he spent two years as a post-doctoral fellow at The University of Birmingham, UK. He returned to The University of Queensland in 2001, working on a project for 3D Systems, then the largest 3D printing manufacturer in the world. During this time, he developed a whole new manufacturing 3D printing method for aluminium, which was subsequently patented and published in Science in 2003. In 2006 he joined The University of Western Australia. Since then, he has worked on the development of new materials for 3D printing manufacturing. This work has resulted in a number of firsts including:

With over 20 years’ experience in 3D printing, Tim has been part of the transformation of 3D printing from a fringe technology, to being seen as leading the next industrial revolution. Along this path, the technology has seen many boom-and-bust cycles and while the current boom is by far the largest, the 3D Printing is not without its downsides. This talk will outline some of the current hypes surrounding the technology, along with the realities than one faces when attempting to 3D print. That said, there are significant opportunities for 3D printing, provided that its geometric freedom is exploited. These will be explained.