The next steps for Australia's energy transition 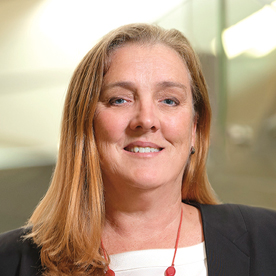 Professor Egan is the co-founder of Solar Analytics, leads the University of New South Wales activity in the Australian Centre for Advanced Photovoltaics, and represents Australia on the International Energy Agency's Photovoltaic Power Systems Programme. She is also a member of ATSE's Energy Forum.

Australia has committed to a technology-led transition to net zero emissions. The timing and steps to get there are the subject of ongoing discussion, but key pointers are already in place to guide when and how we should act.

The good news is we can achieve a lot in the next ten years.

ATSE’s recent net zero position statement calls for ambitious interim emissions targets by 2030 on the path to net zero by 2050. It calls for immediate action on the deployment of existing technologies and the development of a policy framework to support the transition to net zero.

To get that down to net zero, we need to find low- and no- emission alternatives for most of our energy needs, and methods to off-set any remainder.

Most of our emissions – 60 per cent or 300 Mt – come from electricity generation, gas heating and transport. We’re already seeing the positive impact of the low cost of solar, wind, batteries and electric vehicles in bringing this down. Australia’s adoption of rooftop solar and home-batteries is world class and a key indicator of where we’re headed with electric vehicles.

The sun and the wind

What would it take to have a significant impact on that 60 per cent from electricity, gas heating and transport – and when could we expect to see this transformation happen?

But if the growth in new solar and wind continues, we could shift as much as 80 per cent of our current electricity generation to renewables by 2030. That would slash the need for coal-fired power and remove more than 140 Mt CO2-e – a quarter – of our current annual emissions.

Saving money (and the planet)

Gas for home and industrial heating and fuels for transport are the next big opportunity to cut emissions. Together they make up a quarter of our emissions – 133 Mt CO2-e.

The solution is to shift the energy source from gas and fuels to renewably sourced electricity. This will double our power demand, so we need to grow our wind and solar investments faster than current trajectories.

Evidence says this will be cheaper in the long run, since we can produce energy locally and won’t have to buy from or compete with international gas and oil markets.

The capital cost for new equipment, from home heating to electric vehicles to industrial boilers, presents a challenge. But many of these items have ten-to-twenty-year lifetimes, so with the right information and policy direction, we can move a long way towards an all-electric economy over the next decade as items reach their end of life and are replaced.

Many of the barriers to these rapid changes are already being addressed.

Challenges with balancing and storing energy from diverse sources are being solved with new electronics technologies as well as short and long-term storage solutions.

The Australian Energy Market Operator (AEMO) is anticipating a rapid change and is readying the market for these deployments.

State governments in Australia have plans for renewable energy zones and network investments to manage transmission and distribution of increasing amounts and diversity of electricity generation.

An ambitious national target for a 40 per cent reduction in emissions by 2030, in line with our international partners, would accelerate our progress. National co-ordination of investments in transmission networks would also help.

We can be optimistic that an ambitious national emissions target can be met. We just need to embrace the opportunity, maintain our momentum on new wind and solar installations, and set a direction for electrification of transport and heating. Federal and State government policy will help, and each one of us can act when we make investment decisions.

Technologies such as solar and wind are already competitively priced for electricity generation. Power electronics and battery technologies are rapidly improving the balancing, stability and near-time shifting of solar and wind energy – and are also getting cheaper each year.

Plans are well progressed for long-term storage through pumped hydro. Energy markets are adapting, and plans are in place for investments in generation, transmission, and distribution.

Early action and success will inform and instill confidence in future pathways and technology options.

We can make most of our progress toward net zero emissions now with current technologies.

Simultaneously, we need to invest in future technologies like green hydrogen, ammonia generation and carbon capture use and storage to get us the rest of the distance in our journey to a sustainable future for all Australians.

With the right information and policy direction, we can move a long way towards an all-electric economy over the next decade.