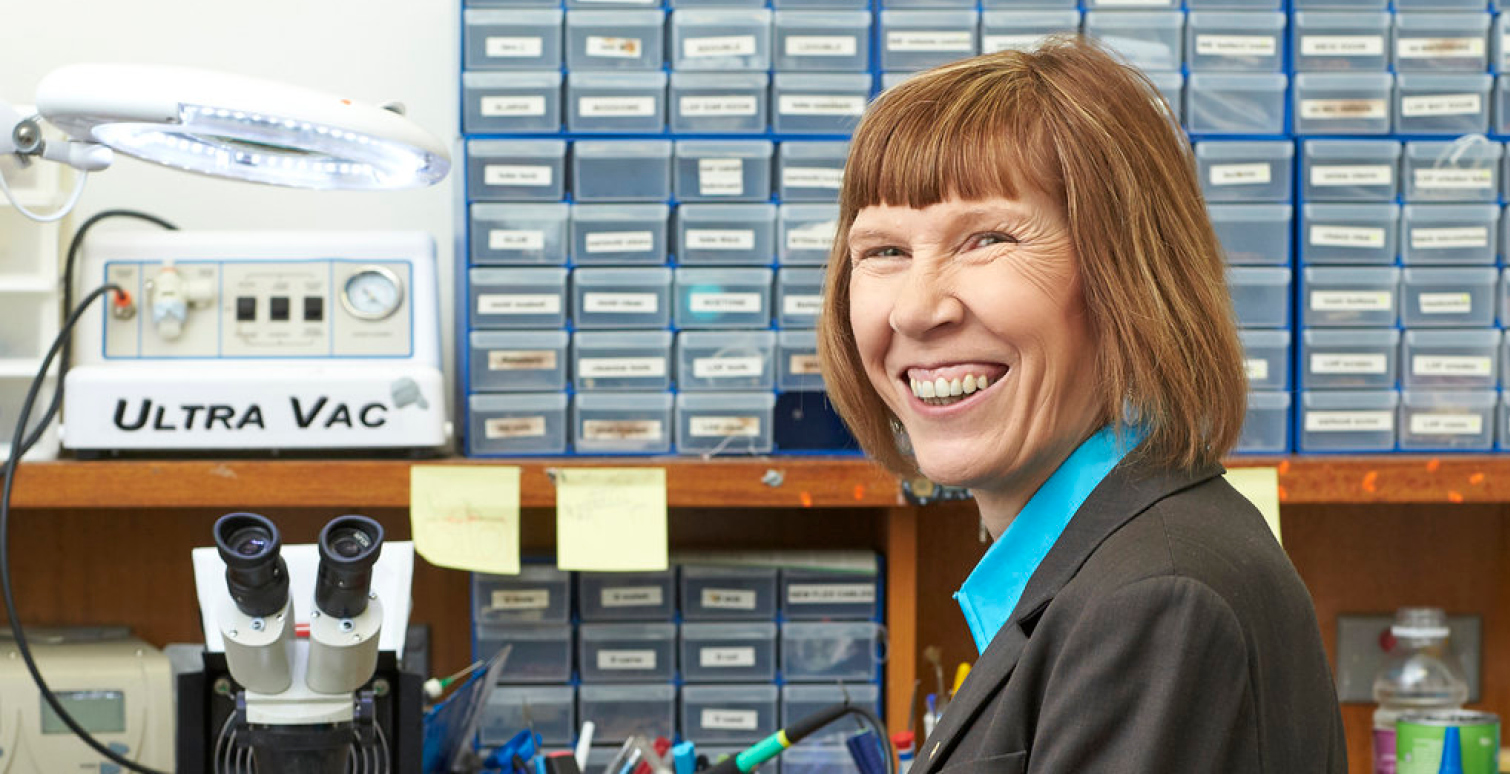 Associate Professor Elaine Saunders is an entrepreneur, businesswoman, author, inventor, a supporter of women in STEM, an advocate for Australian innovation and a trusted adviser on a range of advisory panels to government, industry and academia.

She is working to alleviate the burden of hearing loss and co-founded the disruptive, profit-for-purpose, research-led company, Blamey Saunders Hears, with Professor Peter Blamey. She has recently stepped down as Executive Chair of the company following six years as CEO, and is now working with Swinburne University and the Bionics Institute.

Her accolades include the BioMelbourne Network’s inaugural Women in Leadership Award (2015), Asia’s Leading Woman in Healthcare (2011), the Victorian Pearcey Entrepreneur Award (2011) and the American Academy of Audiology’s Award for Achievement in Industry (2010).

Associate Professor Saunders was awarded the 2012 Melbourne Award for Contribution to Community by an Individual, named one of Australia’s 100 most influential women (2015), and received the prestigious Clunies Ross Entrepreneur of the Year award (2016). She is currently Adjunct Professor at Swinburne University of Technology and Chair of its Innovation Centre.