Eleven institutions have been recognised for their efforts to critically assess gender equity and diversity in their own institution and devise actions to address any systemic or cultural barriers they identify.

The Australian higher education and research (HER) sector awardees include eight universities, two publicly funded science research agencies and one medical research institute. They are listed in alphabetical order:

The awardees were joined at the SAGE gala dinner at the Adelaide Town Hall by representatives from thirteen institutions announced as Athena SWAN Institutional Bronze awardees in September 2019.

Forty-five Australian higher education and research institutions have completed the SAGE pathway to accreditation, with the majority (39 organisations/86 per cent) being awarded the Athena Swan Institutional Bronze Award.

Evidence of the positive impact of the SAGE initiative continues to grow. This includes increased career satisfaction and opportunities; improved working practices to support career progression; increased visibility of women in science; and an increased proportion of women in STEMM – departments nationally.

SAGE Executive Director Dr Wafa El-Adhami said that 50 per cent of the HER sector had now completed the full cycle of accreditation for an Athena SWAN Bronze Award, the first and foundational phase of the journey to transformational change.

“This is testament to the leadership and commitment of the member institutions. The Bronze Award recognises an institution’s work to set solid foundations for their journey to transformative change and sets them on the course to Silver and Gold awards,” said Dr El-Adhami. 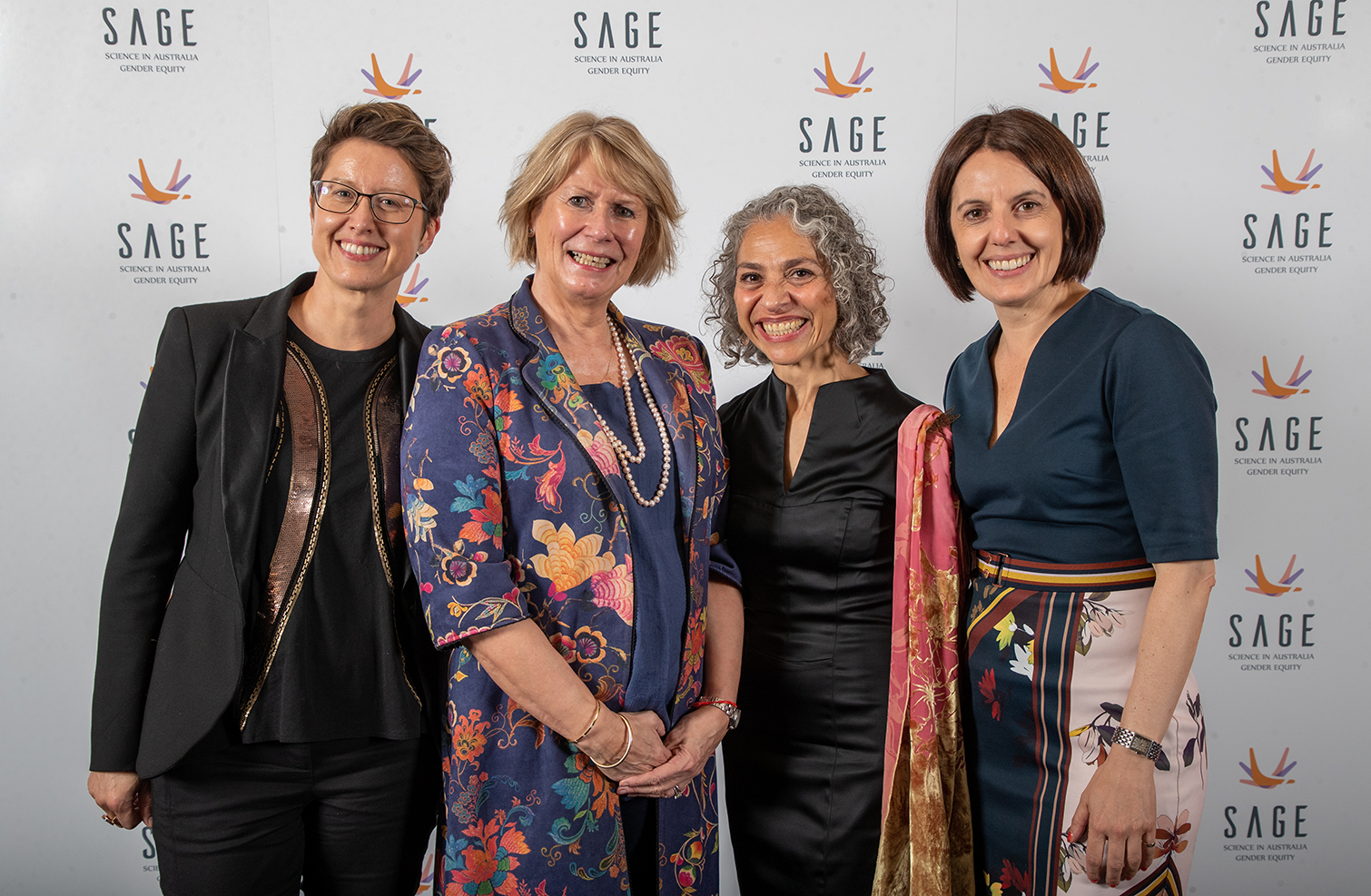 “The Morrison Government is committed to increasing the number of women in STEM and the SAGE initiative is an important tool in that effort,” Minister Andrews said.

“Encouraging research and higher education organisations to make meaningful improvements to their gender equity policies and practices is vital if we’re going to bring about much needed change.”

The Australian Institute of Marine Science and the University of Southern Queensland were also recognised for their progress towards Bronze Award accreditation, and their continued commitment to SAGE.

Building on the success of the UK Athena Swan Charter, SAGE is adapting its accreditation framework for use in Australia in the STEMM HER sector. Athena SWAN is a successful enabling mechanism for gender equity, providing a framework in which to plan and undertake concrete work to create structural and cultural change for gender equality. It addresses system and structural barriers, as well as culture that hinder participation and advancement of women and minority groups in organisations – making it an effective enabling mechanism for change.

Quotes from the Australian Academy of Technology and Engineering:

“The Academy of Technology and Engineering congratulates everyone who contributed to their organisations receiving these awards. We all have roles to play in making our workplaces and communities more inclusive and supportive. When women are empowered to flourish and succeed, all of society benefits.”

“The SAGE Athena SWAN Bronze Institutional Awards recognise organisations at the forefront of diversity practice. We’re thrilled about the ongoing impact of SAGE, our initiative in partnership with the Australian Academy of Science. It’s vital that people of all genders and backgrounds are given the opportunities and support they need to contribute.”

Quotes from the Australian Academy of Science:

“The SAGE pilot in Australia was set up with the aim of bringing the entire scientific research sector together to monitor and improve gender equity and diversity within Australian scientific and research organisations. The pilot has achieved this goal.

“Following the success of the SAGE pilot and with the continued support of Australian Government, I am confident that SAGE will achieve its vision of reaching the entire high education and research STEMM sector.”

“The SAGE initiative is the only transformative gender equity program of its kind in Australia designed to achieve sustained cultural change via a national accreditation framework. Initiatives such as Athena SWAN insist on hard data, which are crucial for credibility and accountability.”

“The main impact of the SAGE pilot is that it has challenged members to critically assess the state of gender equity in their institution, and devise actions to address any systemic/cultural barriers they identify. These barriers are not broken down overnight, so we will begin to see these actions starting to really bear fruit in the years to come.”