While many innovations improve our health, our tech-heavy lifestyles can have unintended side effects. Academy Fellow Professor Paul Zimmet AO has suggested that modern disruption of our “body clocks” may increase rates of heart disease, diabetes and depression.

He calls this “Circadian Syndrome” and is spearheading a joint initiative from Monash University, Tel Aviv University and Imperial College, London to have the term recognised internationally.

“There’s a clear clinical situation in about 30 to 40 per cent of adult Australians where a number of important cardiovascular disease risk factors come together,” Professor Zimmet said.

“And people who have these risk factors are more likely to get co-morbidities such as sleep apnoea, depression, fatty liver disease and cognitive disability.” 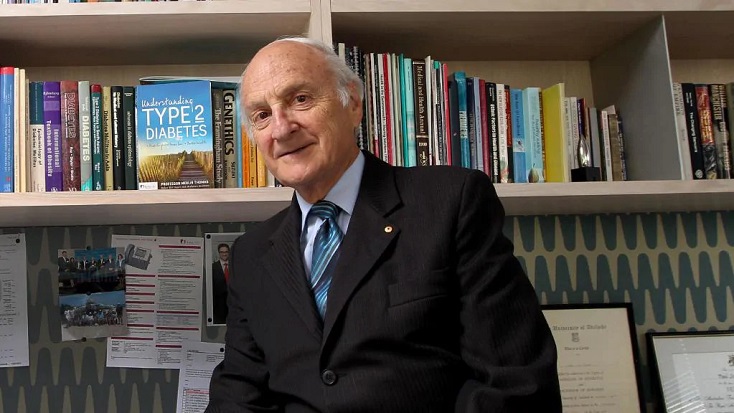 In a paper published in the Journal of Internal Medicine, Professor Zimmet proposed that disturbed circadian rhythms may provide a connection between these health issues. “We suggest environmental signals associated with the modern western lifestyle can lead to circadian disturbances which result in a cardio-metabolic risk factor cluster.”

The circadian rhythm centre (“body clock”) is in the brain and controls all metabolic functions in the body. Every major organ and cell in the body has its own peripheral “clock” synchronised by this centre.

Light pollution at night, low light levels during daytime, controlled ambient temperature, overeating, societal and workplace stresses, sedentary behaviour, shift work and jet lag could all disrupt these clocks contribute to the syndrome. Australia’s 24/7 economy means more of us are working at night than ever, and the rise of social media is impacting sleep patterns.

“In short, the evidence suggests that we humans are trying to fighting against nature,” Professor Zimmet said. “But our circadian rhythms, developed over millions of years, will not allow us to do that so easily. The resulting increased risk of chronic diseases costs our societies billions.” 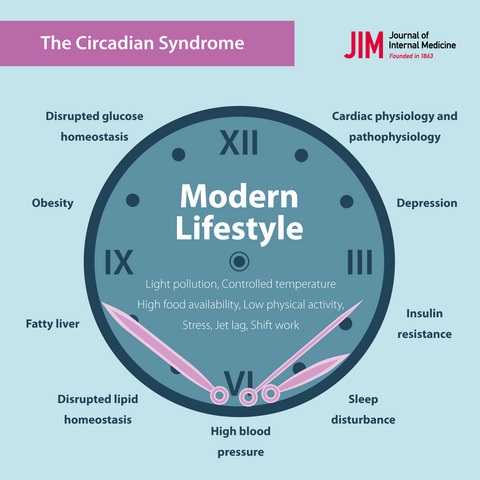 Professor Zimmet, who is Honorary President of the International Diabetes Federation, first noticed the clinical effects of circadian rhythms while working in London in the early 1970s, testing glucose tolerance in patients.

He said that while the idea of a Circadian Syndrome was likely to be controversial and challenging for his medical colleagues, it was important to encourage clinicians and researchers to look at the whole picture of cardiometabolic risk.

“I don’t think that my explanation explains all the cases but it must play a very significant role,” he said. “It’s quite clear that shift workers who have deranged time clocks are much more likely to get diabetes and high blood pressure.”