Bringing culture and tech together – Professor Genevieve Bell at CES 2019 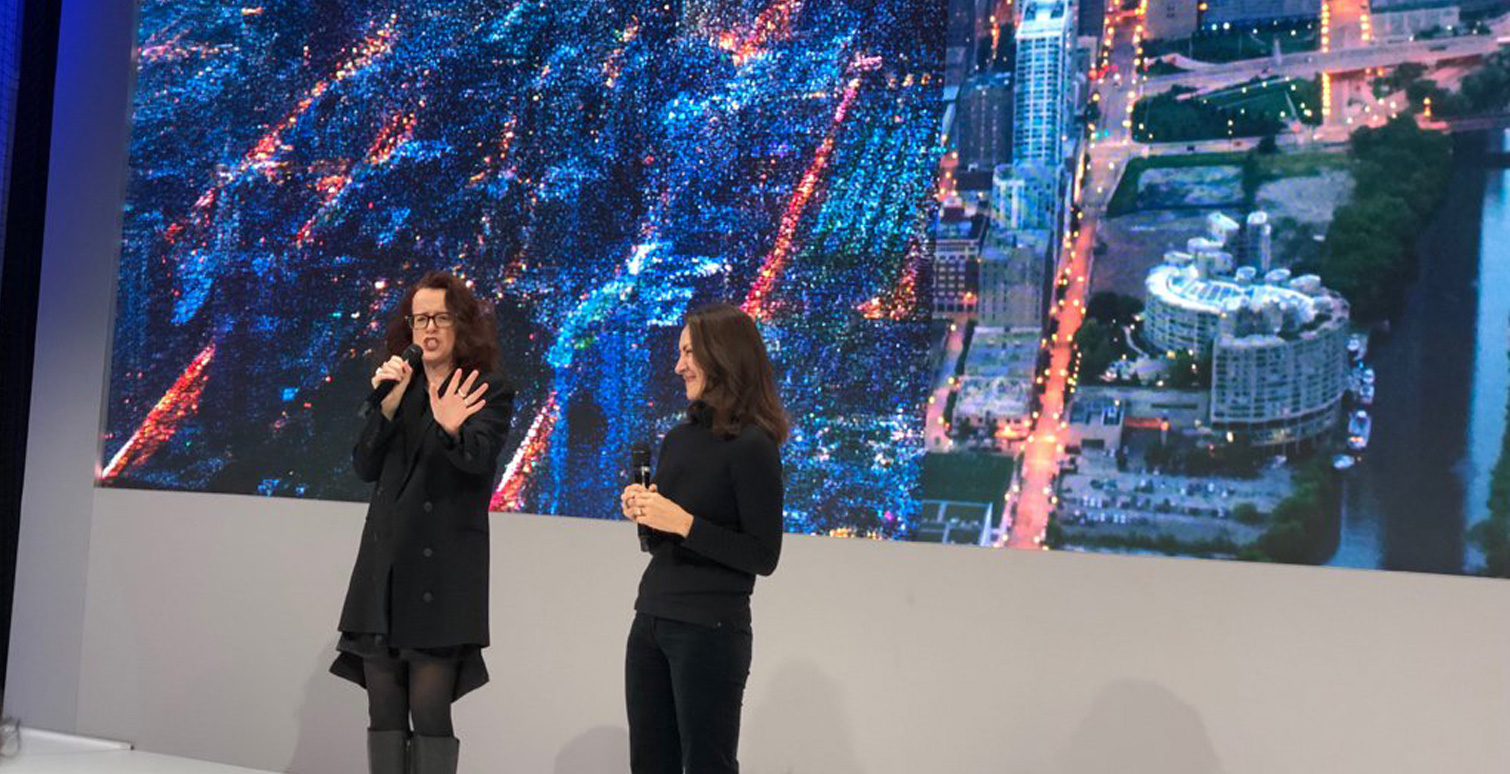 Bringing culture and tech together – Professor Genevieve Bell at CES 2019

Vice-President and Senior Fellow at Intel Corporation and Academy Fellow, Distinguished Professor Genevieve Bell from the Australian National University, recently gave a series of talks in the USA that generated lots of social media interest.

The talks and insights were part of the Consumer Electronics Show (CES) 2019 in Las Vegas – the world’s largest consumer electronics show, where the latest innovations and breakthrough technologies are introduced to the market.

At the Australian National University, Professor Bell is also Florence Violet McKenzie Chair and Director, Autonomy, Agency and Assurance (3A) Institute which, in collaboration with CSIRO’s Data61, is building a new applied science around the management of artificial intelligence, data, technology and their impact on humanity.

Professor Bell is a cultural anthropologist, technologist and futurist, best known for her work at the intersection of cultural practice and technology development.

She also presented the highly acclaimed ABC Boyer Lectures for 2017, in which she investigated what it means to be human, and Australian, in a digital world. She also recently completed a new podcast series, in collaboration with Australian futurist Mark Pesce, exploring the importance of the year 1968 on our contemporary digital world.

From talks and interviews at CES 2019, here are some of Professor Bell’s insights:

“I think ethics is going to be critically important as we think about taking AI to scale. But it’s not just about ethics – it’s about regulation, governance and standards as well. Ethics is just the first place we have to start.

“We need to say, what are the consequences of this technology going to be? Who should we worry about? Who do we need to control?

“What does it mean to go from talking about artificial intelligence contained in a phone or an application to thinking about it controlling cars and vehicles, and cities and homes? That’s something different.”

“When I’m talking about the future I like to go back in the past, especially when I think about what is the conversation we need to have moving forward.

“In particular, I find myself thinking a lot about Norbert Weiner’s work in the 1940s. He was predominantly interested in how technical, ecological and human systems might work together in a kind of dynamic way that he described as cybernetics.

“It strikes me that having spent nearly 70 years focusing on technical systems, we should be seeking to explore the human and ecology systems more.

“I think it is a conversation where we absolutely have to bring together the cultural piece, and the ecological piece, and then there’s the piece about the technical system itself, and for me putting those pieces back together again, the way people imagined that we should have started in the 40s, is I think where we have to move forward.”

As a 20-year veteran of Intel, Professor Bell is in an interesting place to reflect on how the company has moved and where to. She was one of the company’s first research social scientists and has spent the majority of her career there helping infuse the company with a more human-focus.

“Intel is showcasing where it has had its traditionally strong areas, so personal computers, gaming and the creative sector, but also places where Intel is clearly moving aggressively now – 5G, autonomous driving, and all that under this really interesting tagline of ‘Intel Outside’, of how do we start thinking about bringing Intel from your laptop bag into the rest of the world.

“When Intel first started coming to CES people wondered why we were here, there was always that question: What is Intel doing here at CES?

“And it’s fascinating now in 2019, everyone knows why we are here.

“We are building the technology that all this stuff is running on and so it was really nice to have this moment of seeing us, in the context of how the ecosystem has grown up and shifted and how people don’t ask why we are here anymore.

“And, for me, that was a very nice moment too.”

Intel’s commitment to equity and accessibility:

“There are always a couple of really special demos that talk about Intel’s commitment to making a world that’s more equitable and accessible and better for everyone.

“So, there’s a demo of a next generation wheelchair that you use your face to control the chair. So, thinking about, how do we make movement possible where it wasn’t possible before.

“And then, a demo that was a partnership between US, National Geographic and Leonardo Di Caprio’s foundation, using a combination of camera technology and computing on the edge to track poachers or African endangered wildlife.”

Professor Bell has been attending CES for more than 15 years. 2019 was the biggest show so far with more than 180,000 people making the trek to Las Vegas. She says it is hard to summarise the best of CES.

“CES is as much about the promise and possibility of the future, as it is about what you will see in your local stores and retail outlets. It is about the spectacle and the range of stories we might tell about the future. Against that backdrop, the better question is to ask, what is interesting and why?

Five threads at CES 2019 that were interesting:

1.  The persistence of IOT.

“The internet of things – it’s still everywhere. Not just connected homes, connected cars and connected appliances, but connected pets too.

“I have seen a robotic mouse for your cat to chase, I have seen an IOT kitty litter box … so IOT pets are coming soon. There was at least one washing machine/dryer combination that could communicate directly with each other, about your washing; and another set of appliances that could text you.

“Despite the prevalence of all this data-driven technology, there was surprisingly little discussion on the show floor about privacy, security and trust. And I am left wondering how it will feel to live in a world where our devices are constantly in communication around us.”

“As the next generation data-sharing standard, 5G is an obvious thing to talk about that is dedicated to the future.

“After all, if we are going to build out this future we need new infrastructure and helping make sense of 5G, as not simply the next generation of 4G and telecommunications but as data-sharing protocol. It poses some interesting challenges in how to demonstrate it, but there were lots of installations imagining a 5G world.”

3. Retro design and nostalgia, and

“There was a bunch of retro design that was kind of interesting. So RCA and Victrola – the people that made our grandparent’s record players and radios are all back on the floor but with Bluetooth.

“And Polaroid was making a comeback, again, with film-based cameras, but also printers you could print Instagram photos with.

“There were also robotic objects – an owl and a snail – that would read physical books.

“This ongoing blend of the digital and analogue is just fascinating.”

5. Robots and AI aren’t taking over just yet.

At the moment, despite the preponderance of robotic objects, there wasn’t a clear break-through beyond the ones we already know. That said, there was an entire section dedicated to AI and robots, and many branded experience zones for Amazon’s Alexa, and others.

In her last interview before leaving CES in Vegas, Professor Bell said: “My overall conclusion is we’re in a moment of transformation.

“So, the fact that I can’t say there was one thing that stands out tells me that the future is wide open, and that’s actually a great moment to be in.”