Home > News & Events > Can we break the petrol habit? 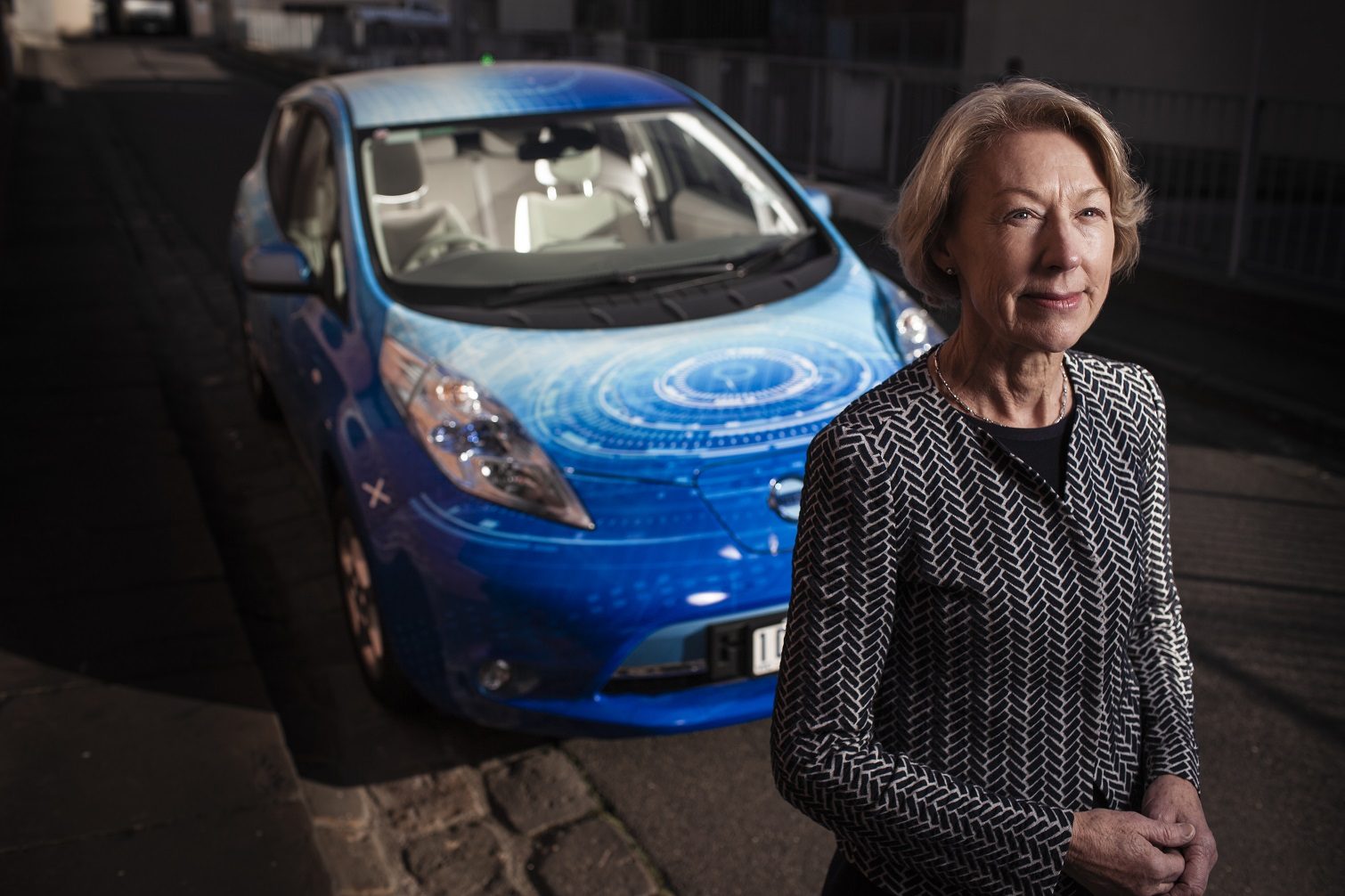 Australia has a problem with transport pollution. Electric vehicles seem an obvious solution – but governments need to act now.

Australia needs to clean up its roads. Transport is the third largest polluter, responsible for nearly a quarter of all greenhouse gas emissions – and almost half of this is due to cars.

If Australia achieves green electricity, electric cars are certain to improve Australia’s renewable energy credentials. But unlike rooftop PV, the adoption of electric vehicles is very slow in Australia. Is there a need for government to intervene in the market with policy?

What growth can we expect?

Australia ranks the worst for transport energy efficiency in the developed world, edging out Saudi Arabia, according to a scorecard by the American Council for an Energy Efficient Economy.

Worsening over the years 2016 and 2017, emissions from road transport grew at twice the rate of GDP, whereas the European Environment Agency found most developed countries’ road-related emissions remained stable.

The backdrop of this poor performance is Australia’s astonishing lack of mandatory vehicle efficiency standards, adopted by 80 per cent of the world. This lack of regulation allows foreign manufacturers to offload their least efficient cars in Australia, as a 2018 Australian Electric Vehicle Market Study showed.

Australians generally travel longer distances by car and are comparatively poor users of public transport because of the relatively low government spend on it.

Predictions differ somewhat in the likely growth of electric vehicles (EVs) in Australia, at least in the short to medium term. Presently, EVs account for about 0.2 per cent of all new car sales in Australia.

The Department of Environment and Energy’s current prediction is that EVs will make up a fifth of new vehicle sales by 2030. Similarly, CSIRO predicts a fifth by 2035, and the Australian Energy Market Operator’s Integrated System Plan works with a more moderate uptake of around 10 per cent, in their neutral scenario, in the same time frame.

However, in a recent report, luxury carmaker Jaguar predicts that almost two-thirds of Australians could own an EV within 10 years, a figure that is significantly more bullish about the uptake of EVs than other analyses.

Globally, there are a growing number of car manufacturers developing EVs, so clearly there is already a market for EVs and one that will only grow.

Battery pricing, improved battery technology and putting EVs at the forefront of new designs are making a difference. In the UK, for instance, it’s believed electric cars will participate in balancing the day/night load – increasing the utility of the grid.

The apparently inevitable rise of the electric car has prompted Infrastructure Australia chief executive Philip Davies to warn of falling revenues from the petrol excise. He highlights a need for planning policy for an expected rapid uptake of EVs.

If we can design proper incentives for EV owners to let their charging be controlled, and if the regulatory environment can enable and even promote such control, then most of the existing networks should be able to handle EVs for many years to come.

But the reality is that unless federal policy changes, Australians are extremely unlikely to opt wholly for EVs. Far from worrying about alternatives to petrol excise, international examples suggest subsidies and incentives are required to shift us towards low-emissions cars.

China and Norway lead in this space. Impressively, in Norway 40 per cent of new car sales are electric, making an important contribution to lowering carbon emissions.

What policy initiatives incentivised Norwegians? Among others, an exemption from both stamp duty and the VAT (high at 25 per cent) compared to a high stamp duty on internal combustion vehicles; exemption from road tolls; free car ferry travel; free recharge sites; free parking; and access to bus lanes.

On the other hand, Australians have very few incentives to buy electric, and presently, the major barrier is therefore simply the extra cost for an electric vehicle above the equivalent internal combustion one, as made abundantly clear in a recent RACV report.

Provided the right incentives are in place, a recent analysis from Bloomberg New Energy Finance suggests that EVs could account for half of all new cars sold by 2040 – EVs are cheaper to run because of the declining cost of batteries.

The implications are far-reaching – adding nearly 11 per cent to electricity demand by 2040, but potentially offering more flexibility into a renewables-dominated grid. It may well be the win-win situation needed to evolve towards 100 per cent renewable electricity generation.

In Australia an EV will add between 10kWh and 15kWh to the daily energy demand of a household, nearly doubling average consumption.

Alongside this added electrical energy demand, EV ownership is likely to come with the ownership of rooftop PV and battery storage. This shift to consumer-driven energy, with very different grid dependency, is a welcome evolution.

By and large, the electrical power grid was conceived at the end of the 19th century to connect a few large generators to consumers via a transmission and distribution network. It essentially consisted of wires, transformers, capacitors and switches as well as safety equipment.

This was the conventional picture expounded in every 20th century electrical power engineering text book – the demand-is-king paradigm.

Embedded generation or distributed generation – including wind power and photovoltaics (PV) – is marring this classical picture from the supply side.

Unlike thermal power plants, renewable energy sources pose problems given their inherent and uncontrollable availability of power. Currently, these generators don’t contribute much compared to the conventional grid and often they are simply considered as part of the demand side, that is, negative demand.

Effectively, this means these generators are not relied upon to maintain grid integrity. And this attitude fundamentally limits the amount of renewable energy that can be incorporated in the grid. It is not a tenable situation.

The bulk of electrical power is associated with energy storage, such as cooling and heating of large domestic or commercial spaces. 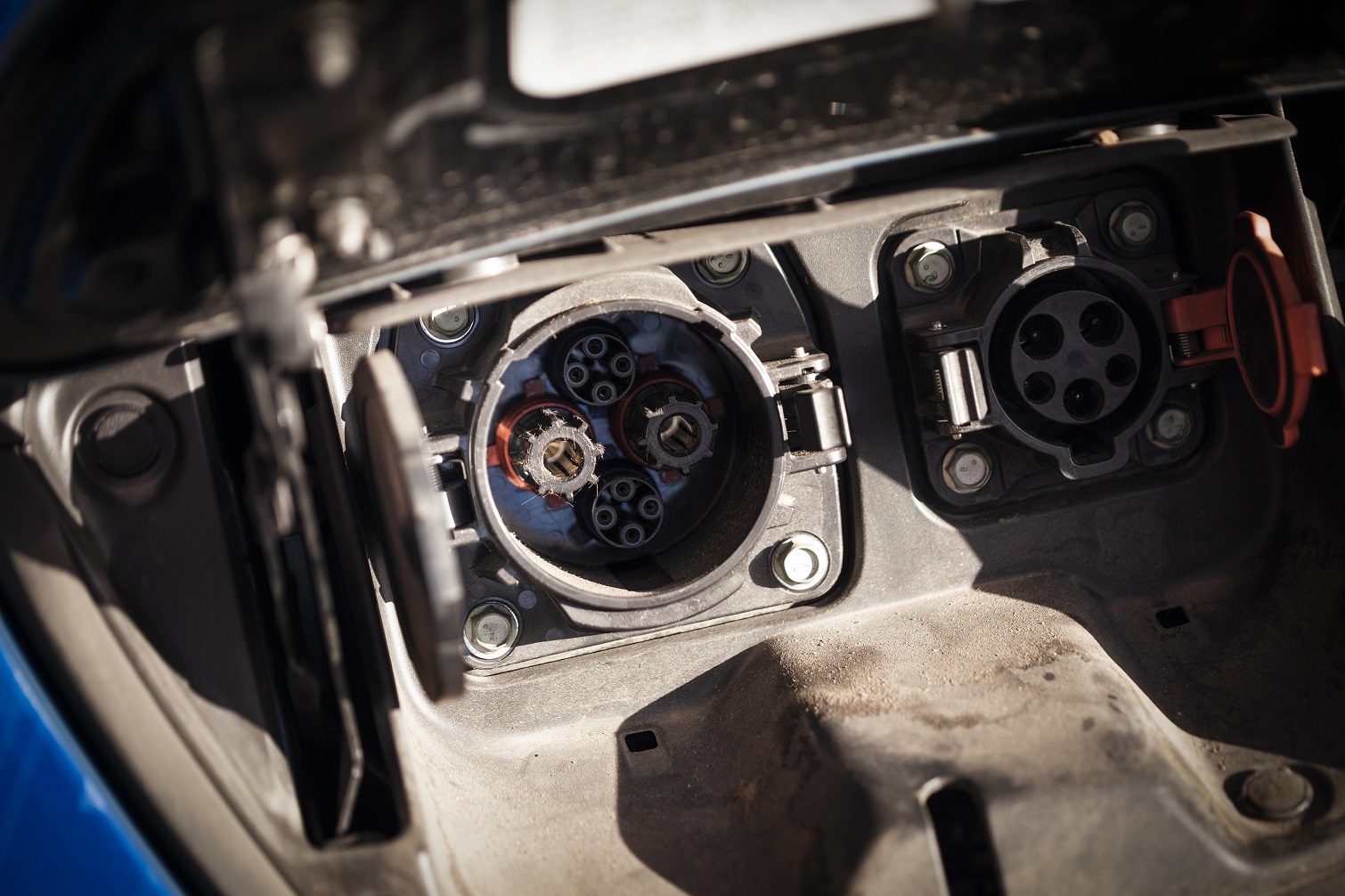 This energy storage, combined with the batteries in EVs, as well as stand-alone stationary batteries, provides a sufﬁcient base for changing the operational paradigm from power supply follows power demand, to one of energy supply being matched to energy demand.

Power demand and power supply are shaped to match each other and, in this scenario, consumers become “prosumers”, people who produce and consume energy, and shape demand and supply as part of an overall energy market. EVs add another dimension of intervention.

How to manage when EVs become popular

Smarter grid management is called for. This is a nontrivial problem that has not been completely resolved, but initial pilot projects have proven successful.

In a project that was part of the Victoria Electric Vehicle Trial, a utility successfully managed EV charging centrally to maintain grid integrity and meet demand requirements over time. Controlling EV charging in this manner implies that existing networks can sustain high EV uptake rates without the need for more infrastructure.

AI-based control strategies would determine when and how EVs are charged, and this implies not having to heavily invest in upgrading network infrastructure.

If we can design proper incentives for EV owners to let their charging be controlled, and if the regulatory environment can enable and even promote such control, then most of the existing networks should be able to handle EVs for many years to come.

Such a framework will also enable vehicle-to-grid and vehicle-to-house power generation, where vehicle batteries act as distributed storage units that can also be used to power your home or feed energy back into the grid when it is required.

Aggregating consumers in this manner provides for more flexibility and will lead to the creation of new energy markets. Dr Lachlan Blackhall wrote in the April 2018 issue of Focus on this topic in his article “People Powered Grids”.

Completely new modalities for transport services, such as shared transport, will take shape and blur further the public-private transport divide.

A year-long study in Denmark conducted by Nissan and Italy’s biggest utility, Enel SpA, demonstrated that utilities can use parked EVs to deliver power into the grid and provide owners with a monetary return for doing so, without unduly affecting battery life and serviceability.

Nissan and Ovo, one of the United Kingdom’s largest energy suppliers, will offer the vehicle-to-grid service to buyers of the carmaker’s new Leaf next year. According to Stephen Fitzpatrick, Chief Executive Officer of Ovo, savings from vehicle-to-grid services would cover the annual cost of charging an electric car.

Start-ups such as Relectrify provide an environmentally friendly way to extend battery life beyond their use in the car. Indeed, in more stationary applications where total available charge is of less critical importance, ex-car batteries may have a very useful life in supporting grid stability and other aspects of grid quality of service.

To add to the already complex scenario, we may expect autonomous vehicle technology to mature in the same timeframe. This will create another significant disturbance in the economics of car ownership and transport services.

Completely new modalities for transport services, such as shared transport, will take shape and blur further the public-private transport divide.

This confluence of transport and electricity services, based on renewables, will present a complex management future, but one with great economic opportunities in which emerging technologies such as the internet of things, 5G networking and AI services will play a critical role.

Future options for EVs supplied with energy from renewable sources are plenty, despite their complexity, and the economics of ownership appear to work in the not-so distant future.

Early adopters will lead the market and reap the benefits. To be an effective participant, Australia will require policy intervention in the present electricity market.

A modest moderation, providing incentives to overcome the present cost barriers, is essential.

Enabling the market to form early in Australia will create a platform for Australians to play a role in shaping the merged future of transport and electricity grids. Without such incentives, the ideas will be developed elsewhere, and Australia may altogether miss the economic opportunities.

Education Forum Chair and member of Academy Board

Professor Emeritus Doreen Thomas was Head of the School of Electrical, Mechanical and Infrastructure Engineering at the University of Melbourne. She holds a DPhil (Mathematics), University of Oxford. She was a founding director of a spin-off company MineOptima, through which her mining software has been commercialised. She has been recognised with a national teaching award for her contribution to engineering education and mentorship. She is a Fellow of ATSE and a Fellow of Engineers Australia.

Since Feb 2018, Professor Iven Mareels is the Lab Director of IBM Research Australia and an honorary Professor at the University of Melbourne. Prior to this he was the Dean of Engineering at the University of Melbourne (2007-2018). Iven is a Commander in the Order of the Crown of Belgium, a Fellow of ATSE and Engineering Australia; The Institute of Electrical and Electronics Engineers (USA); and the International Federation of Automatic Control and Engineers Australia. He is a Foreign Member of the Royal Flemish Academy of Belgium for Science and the Arts.

One of the world’s top minds in transport research weighs in on transport evolution in Australia. Twenty-eight years ago Douglas Q…