I was introduced, through the writings of Lewis Mumford, to the idea that technology only goes to scale when a society is ready for it.

Australia in late 2021 is two gruelling years into a global pandemic and staring into the face of a global climate “code red” report from the IPCC and the deteriorating geopolitical climate. We must increasingly look to our own resourcefulness as a nation to secure our future. A key part of that will be our technological strategic autonomy.

While this is not a new observation, we can perhaps use Mumford’s idea to pose a usefully different question: “What kind of technology is Australian society ready to take to scale and to the world?”

To illustrate what I mean, consider the trajectories of three different countries – the USA, the UK and Jamaica – following the disruption of the Second World War.

Citizens of all three countries signed up to serve the Allied effort during WWII. Social mores of the day meant that certain types of people were more likely to be assigned to non-combat roles, which paradoxically meant that marginalised groups such as people of colour, women and members of the LGBTIQ+ community were taught scientific and technical skills they’d previously been denied.

While it’s too simplistic to draw a straight line between the two, women were better represented in computing in the UK up until the 1960s than they are now and demobilised RAF veterans returned to Jamaica with electrical technical skills that, as we shall shortly see, proved decisive in later decades.

“Science capital” – an idea which emerges from Pierre Bourdieu’s concept of cultural capital – describes the accumulated science-related knowledge, attitudes, experiences and resources a person holds. It includes what science you know, your attitude towards it and how you engage with it every day – as well as who you know.

After WWII, the overall stock of science capital in the USA, UK and Jamaica went up very suddenly. The USA, through interventions such as the GI Bill, increased that even further. So, the conditions of possibility were set for a flourishment of technology in all three countries.

But the three countries went in radically different directions thereafter. The Cold War took the USA down the military-industrial complex, which lead – among other things – to the arms race and the space race, from which many things followed.

The UK took the early global lead in computing. But this was ceded to the USA in the 1960s, partly through ill-fated attempts to nationalise the UK computing industry (which pushed out women in the process) and partly because of Cold War America’s voracious needs for computer power.

Meanwhile, in Jamaica, Reggae emerged at the nexus of Jamaica’s own existing music traditions, the electrical technical skills of demobilised veterans, and the American music heard from radios in the network of village stores distributed across the country. 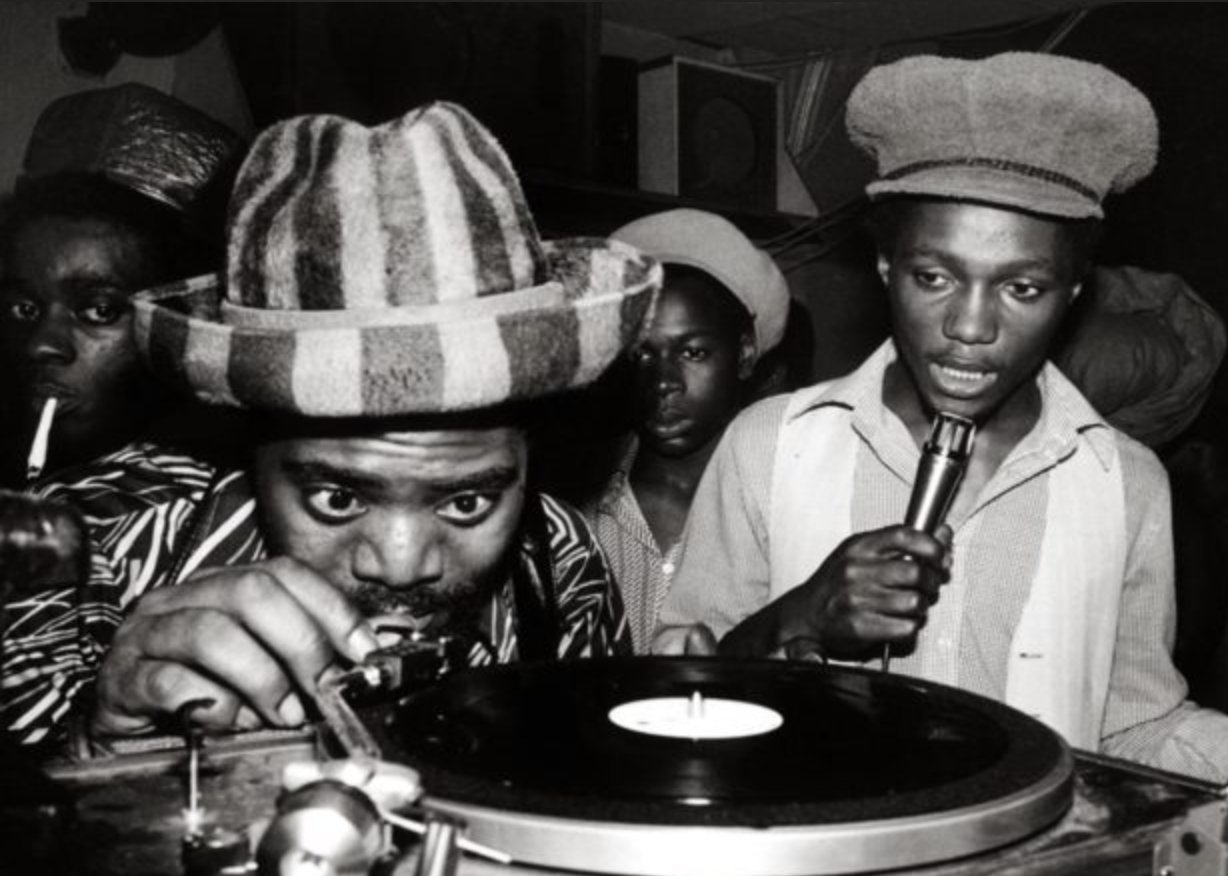 The contours of the possible

Standing from our current vantage-point, this story begs two questions. First: what are the conditions of possibility in Australia in 2021?

Of 1,300 universities listed in the QS world rankings, Australia has 7 in the top 100; and a quarter of all Australian universities are in the top 200. In a little over a century, we have created a wide-ranging and comprehensive footprint of publicly funded research agencies from which global-scale outcomes such as CSL, WiFi and the black-box flight recorder have emerged.

But Australian Business investment in research and investment is at the back of the pack in the OECD – less than a third of that of the top countries.

Research by Industry Innovation Science Australia shows that Australia is underweight in research-led industries compared to other OECD countries.

And the recent industry roadmaps for the Modern Manufacturing Strategy frequently call out the difficulties Australia’s industrial and R&D bases have engaging with each other.

This is more complex than the simple rhetoric of insular and elitist academics who need to be prompted out of our ivory towers. To illustrate this, consider one of the quirkier aspects of science, technology, engineering and mathematics (STEM) in Australia.

The roadmaps in the Modern Manufacturing Strategy also point to a STEM skills shortage that is inhibiting forward momentum in many of the priority sectors.

This shortage pre-dates the current pandemic-driven pause on skilled migration, and there has been no impediment to Australians choosing to take STEM qualifications to match industry demand.

It’s remarkable that a country with such a significant STEM skills shortage would have only three quarters the rate of Canada – comparable in size and economic mix – when it comes to domestic students choosing to take engineering qualifications.

So, while science capital sets some of the conditions of possibility for technology, other factors determine what emerges from that. One such factor is cultural and societal infrastructure: as Goffe puts it, the “networks through which goods, ideas, waste, power, people and finance are trafficked”. 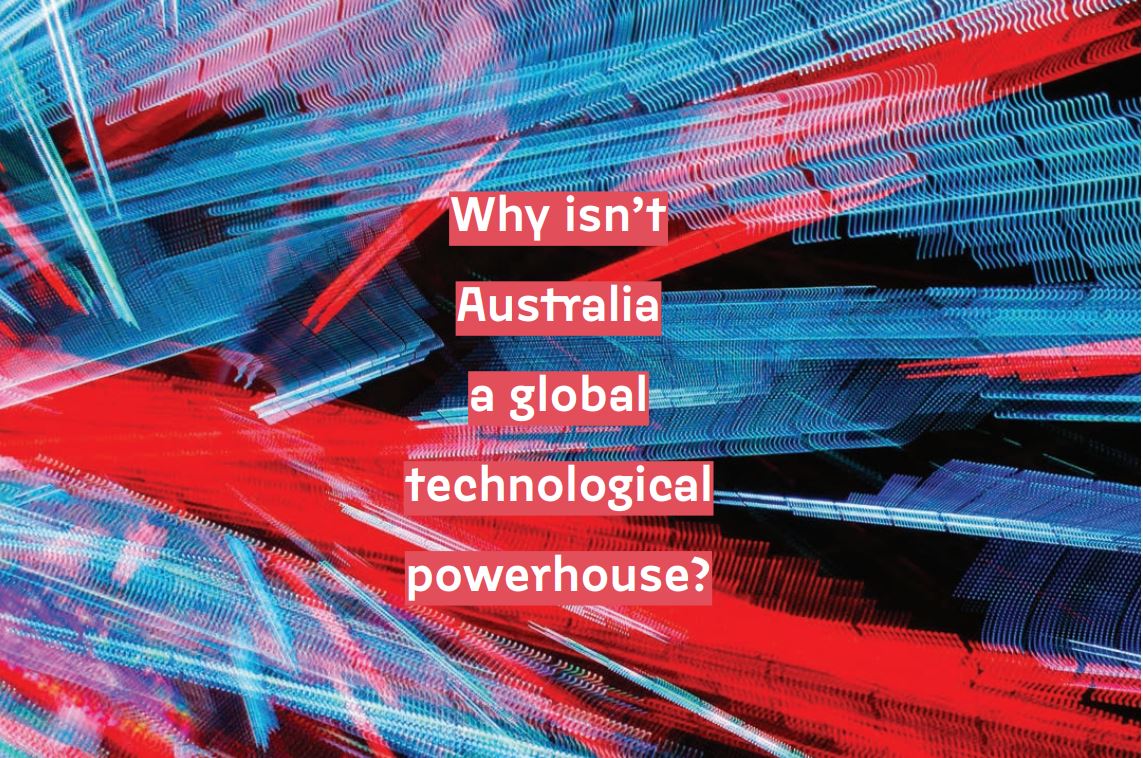 And so now we come to the second question. What guides where all the ideas that come out of Australia’s stock of science capital go, and whether they’ll go viral?

Or perhaps more poignantly, why isn’t Australia a global technological powerhouse given all that science capital? That, of course, has been the subject of study after study.

One can view many interventions at Commonwealth and state/territory level as being structural attempts to remove impediments to that. Of recent times, these include:

The logic of those interventions is plain. But it’s very rational, and one can’t help but wonder about the messier human side of things.

Australia’s perplexingly rubbery relationship between STEM skills demand and uptake in STEM qualifications should sound a note of caution. The scholars who introduced the concept of science capital did so while also considering inequality of access to that capital and what that meant for lifetime choices.

Scientific and technological skills, the technology of the day, and the socio-cultural infrastructure support people in their aspirations – not the other way around.

I posit that Australia will widen the space for possibility when the faces of those who hold science capital more accurately reflect the faces of contemporary Australia. From there, we might begin to fill in the blank spaces on the question about what kind of technology Australian society is ready to take to scale and to the world.

To that point, I’ll give the last word to Clement “Sir Coxsone” Dodd. He was a pre-eminent post-war Jamaican “sound man” and founder of Studio One, which is considered by many to be the cradle of the global phenomenon that is Reggae.

“In America the Rhythm and Blues was kinda fading, dying out. Then came the Rock and Roll. But the Rock and Roll didn’t go over strongly in Jamaica. So, about that time we realised we had to really make some music of our own to keep the people happy. So, we went into the studio and started recording…

“When we started, we didn’t have an idea this could be a business… We knew it was suitable and we were always trying to satisfy our dance fans and things like that. (We were) innocent we didn’t have a clue that these could really work out into something that was saleable.”

Elanor Huntington was previously Dean of the College of Engineering and Computer Science at the Australian National University and holds a PhD in experimental quantum optics. She sits on ATSE’s Governance Taskforce, Diversity and Inclusion committee and Reconciliation Action Plan committee.

The IPCC’s 2021 Climate Report states “global warming of 1.5°C and 2°C will be exceeded during the 21st century unless deep re…

Uluru Statement from the Heart

The Uluru Statement of the Heart: committing to a journey of change  The Australian Academy of Technology and Engineering (ATSE) i…

Taking students beyond the lab during Science Week

Today the Australian Academy of Technology & Engineering (ATSE) is launching “Beyond the Lab”, a new schools engagement init…

Read the latest issue of IMPACT