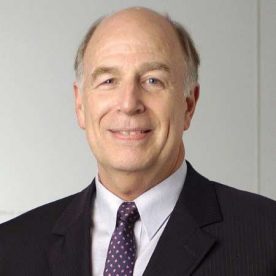 The IPCC’s 2021 Climate Report states “global warming of 1.5°C and 2°C will be exceeded during the 21st century unless deep reductions in CO2 and other greenhouse gas emissions occur in the coming decades”.

Meeting the 1.5°C Paris Agreement target, to which Australia has committed, will require deep cuts in global emissions to reach net zero emissions by 2050 or sooner. Yet progress is slow. Current emission trends will translate into 3°C or greater warming by 2100 if left unchecked.

Rapid decarbonisation, including deployment of technologies such as carbon capture and storage/sequestration (CCS), will be required as we transition to a low carbon renewable future. But do the economics of CCS add up?

Carbon capture and storage (CCS) is a proven technology for dealing with by-product carbon dioxide (CO2) from oil and gas production. The International Energy Agency reports that CCS facilities around the world have the capacity to capture 40 million tonnes of CO2 every year so CCS is an important mitigation option.

As a method of lowering CO2 emissions from coal or gas fired electricity generation, however, the numbers don’t add up.

I am not aware of any existing CCS operations in coal or gas fired power stations which are close to being economic.

CCS receives wide publicity as an important way to lower CO2 emissions released into the atmosphere. As a chemical engineer who has worked in the oil and gas industry, I believe it is important to explain that there are four fundamentally different applications of CCS, two of them economic and two of them not.

The first application of CCS is to inject carbon dioxide (CO2) into underground oil fields to enhance oil recovery. Generally, the injected CO2 remains sequestered in the depleted oil reservoir, but any escape to the atmosphere is not monitored.

This practice has been employed in North America for more than 50 years and has been profitable in its own right. The CO2 can be brought in from external sources so, in those cases, it is not strictly CCS in the way the term is commonly used.

The second application of CCS began in the 1990s for the Norwegian offshore Sleipner natural gas field. The licence conditions prevented the producers (Statoil/Exxon) from releasing to atmosphere purified CO2 produced as a by-product from treating the raw natural gas to meet sales gas specifications. In this instance, the producers were required to reinject the CO2 into an isolated non-producing underground reservoir.

Similar licence conditions were applied to the offshore Western Australia Gorgon gas field development in 2009, which is now the world’s largest CCS operation. In both the Norwegian and Western Australian instances, the field producers were able to absorb the additional cost of capturing and sequestering the CO2 by-product within the overall project economics.

However, even though this application of CCS is proven, it can be difficult to operate. For the giant $54 billion Gorgon project, the operator Chevron has claimed that technical difficulties have prevented it from sequestering a large amount of CO2 (estimated by others at 7 million tonnes) as required under its production licence.

This licence requires Chevron to capture and store only 80% of greenhouse gases coming from the reservoirs and none from gases burned for the considerable amount of energy needed to liquefy the natural gas for export as LNG.

The third and most-discussed application of CCS is to remove carbon dioxide from the flue gas of coal or gas fired power stations to allow them to continue generating electricity for local grids.

Combustion of brown or black coal is inefficient, but as coal has been traditionally cheap to mine it has been the backbone of Australia’s electricity generation.

Coal is burned in air to provide heat to generate steam which drives turbines directly connected to electricity generation machines. But since air is 78 per cent nitrogen, which is inert in the combustion process, the flue gas from coal combustion contains dilute CO2 (typically 10-15 per cent by volume) as well as all the nitrogen.

Unlike the first two applications, which deal with purified CO2, extensive and expensive processing is needed to separate CO2 from the flue gas. The additional cost of this equipment (e.g. for an amine absorption process) and the required pipeline and CO2 injection facilities have so far proved to be economically unviable.

An alternative to burning coal in air is to install an oxygen plant up front so the coal is combusted in oxygen and there is no nitrogen getting a free ride through the system. Another alternative is to partially oxidise the fossil fuel in a gasifier to produce syngas (CO and H2).

These last two alternatives produce far less flue gas to process for CO2 removal, allowing less expensive processing equipment. But oxygen plants and gasifiers are also expensive and, so far, have been uneconomic in this type of application.

I am not aware of any existing CCS operations in coal or gas fired power stations which are close to being economic, even though considerable government research funds continue to be allocated to this application.

The need to dehydrate (to prevent corrosion in downstream equipment), compress and pipe the CO2 to a nearby, suitable underground reservoir could also be a major disadvantage to retro-fitting existing or planning new power stations.

A new demonstration plant in Iceland is removing CO2 directly from air, mixing it with water and burying it deep in underground caverns.  The concentration of CO2 in air is very low (about 400 parts per million), and costs are reported to be extremely high at around $800-$1,100 per tonne CO2.

Direct air capture may represent a future opportunity for Australia if developed and deployed alongside other mitigation options, yet the present costs are prohibitive.

It is important to understand these different applications of CCS, because some people considering CCS for coal fired power stations say that it has been successfully demonstrated elsewhere, e.g. in Norway. But this refers to the second type of CCS: for purified CO2 from offshore gas production, not dilute CO2 from power stations’ flue gases.

This argument is therefore misleading and confusing for people considering the economics of fossil fired power stations in an environmentally sensitive world.

Finally, Figure 2-1 in CSIRO’s GenCost Report 2020-21 dated December 2020 presents estimates from various reputable sources showing that capital costs of new power stations in Australia with CCS, fuelled by brown or black coal or gas, are all much higher than solar or wind fuelled power stations.

Despite the poor economics, the current debate about the merits of CCS for fossil fired power stations will continue. In April 2021 the Australian Government announced a further $263.7 million to support the development of CCS projects and hubs.

Time will tell if this investment makes sense for the environment and the economy.

Mark Toner is a management consultant with Toner & Associates. A former CEO of Kvaerner E&C Australia (now part of the Worley group), he spent 20 years in industrial process plant design and construction management. He is a Fellow of the Australian Academy of Technology and Engineering, Engineers Australia and the Australian Institute of Company Directors.

Ahead of the COP26 Climate Change Summit in November, the Australian Academy of Technology and Engineering (ATSE) calls on the Feder…

Rising sea levels: a threat to our coastal society

What the latest science and technology says about one of our greatest challenges. Coastal populations have increased rapidly over th…