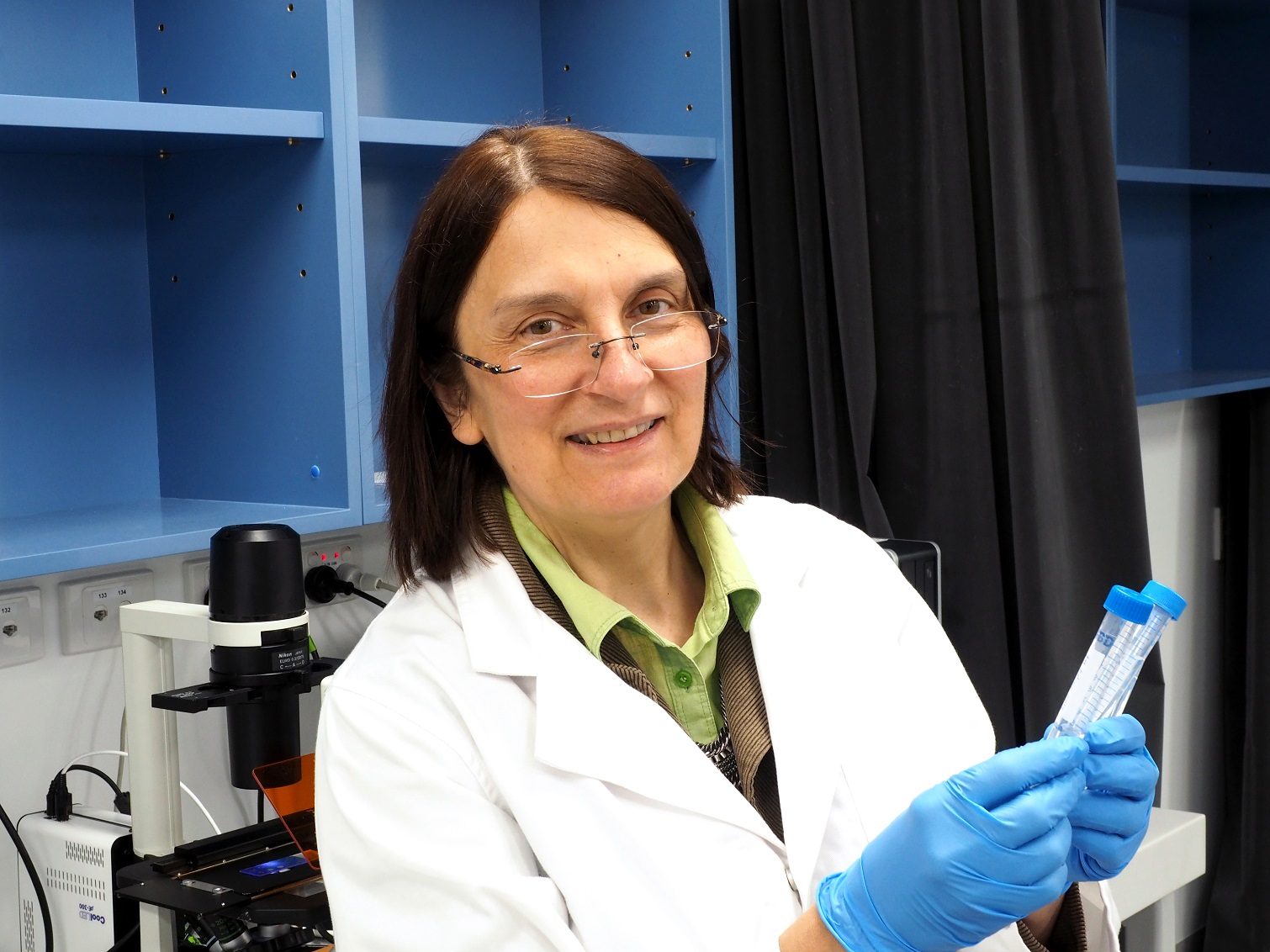 Humans have an innate ability to make decisions based on colour. We know when a child is sick from the colour of their face, if a fruit is ripe or if a mushroom is poisonous.

University of NSW Professor Ewa Goldys FTSE draws inspiration from this ability, but uses it on a much smaller scale – using technology to go beyond the capability of the human eye.

By looking at the colour of cells and tissues under fluorescent microscopes, she can learn detailed information about their biochemistry and determine whether a patient is sick or healthy, and how they’ll respond to treatment.

“Humans are just not very good at matching colours. We can match colours if they’re drawn side-by-side on a wall, but to carry the memory of that colour to Bunnings, that’s when we need technology,” she says.

The technique, known as “hyperspectral imaging technology”, is non-invasive, easily accessible and can be used in areas as diverse as cancer, diabetes and neurodegenerative diseases.

For pioneering this technique, Professor Goldys and her colleague Dr Martin Gosnell won the 2016 ANSTO Eureka Prize for Innovative Use of Technology.

“The colour of cells and tissues has been an under-utilised characteristic in science,” Professor Goldys says.

The interdisciplinary approach to hyperspectral imaging technology – it draws on chemistry, physics and biology – is a testament to the wide scope of her expertise.

Professor Goldys has been a full-time researcher since she joined academia, naturally transitioning from theoretical physics early in her career, to semiconductor physics and then to nanotechnology, which led her to become interested in biophotonics.

“The science of light is actually quite intriguing, and there are so many sophisticated technologies waiting to be deployed, but you need to know what the problem is,” Professor Goldys says.

“This is why I became so interested in light sciences, to bridge between what the technologies can do and what is really required.”

In particular, she says, the ability to quantify colour and make objective colour observations can yield real-world translational outcomes, opening a new window into the body.

“My mission in life is to enable more objective judgements and determinations,” she says.

“Computers don’t forget. They maintain the same standards, are less prone to errors and are able to handle the diversity and heterogeneity in biology.”

Professor Goldys is an Academy Fellow, the Deputy Director of the ARC Centre of Excellence for Nanoscale BioPhotonics (CNBP) and a SHARP Professor (Strategic Hires and Retention Pathways) at the University of NSW.

The 2018 Australian of the Year overcame humble beginnings to become a world leader in her field. When her name was called in the Great Hall of Parliament House in Canberra, UNSW Scientia Professor Michelle Simmons FAA FTSE said she not only felt honoured, but also “c…