Academy Fellow Professor Greg Tegart AM has been awarded the Professor Robert Boucher Distinguished Alumni Award by the University of Sheffield in the UK.

University representatives presented the award to Professor Tegart at a reception in Melbourne in October. It recognises his distinguished career as one of Australia’s most eminent scientists and engineers.

Professor Tegart, who celebrated his 90th birthday in March, has made invaluable contributions to research, government and industry.

His ongoing work has spanned six decades, several continents and the breadth of science; from metallurgy to engineering to health technology. 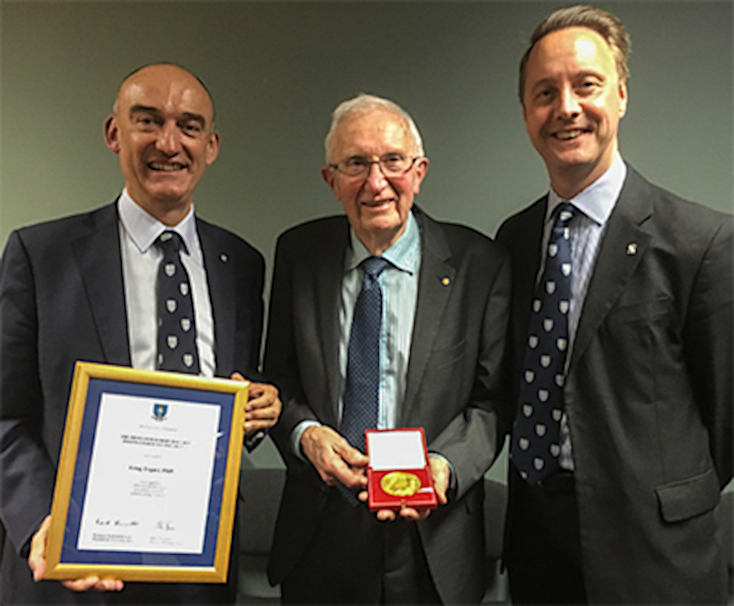 Melbourne-born Professor Tegart completed his PhD in Metallurgy in the University of Sheffield in 1959. He was elected a Fellow in 1976, shortly after the Academy’s inception.

He served as Secretary of the Department of Science and Technology from 1981-1984. In 1992 he was awarded a Member of the Order of Australia for services to science and technology.

Professor Tegart has championed tech collaboration across the globe, including in Thailand, Mongolia and Europe. He also edited the IPCC’s 1992 supplementary climate change report.

Today, he is an Adjunct Professor at Victoria University, an active contributor to the Academy and Deputy Chair of the Academy’s Health Forum.

His current focus is on assistive technologies for the aged and disabled that will enrich the lives of ordinary people.

Professor Tegart joked that his passion for assistive technology came “with a degree of self-interest”, but he has no plans to retire just yet.