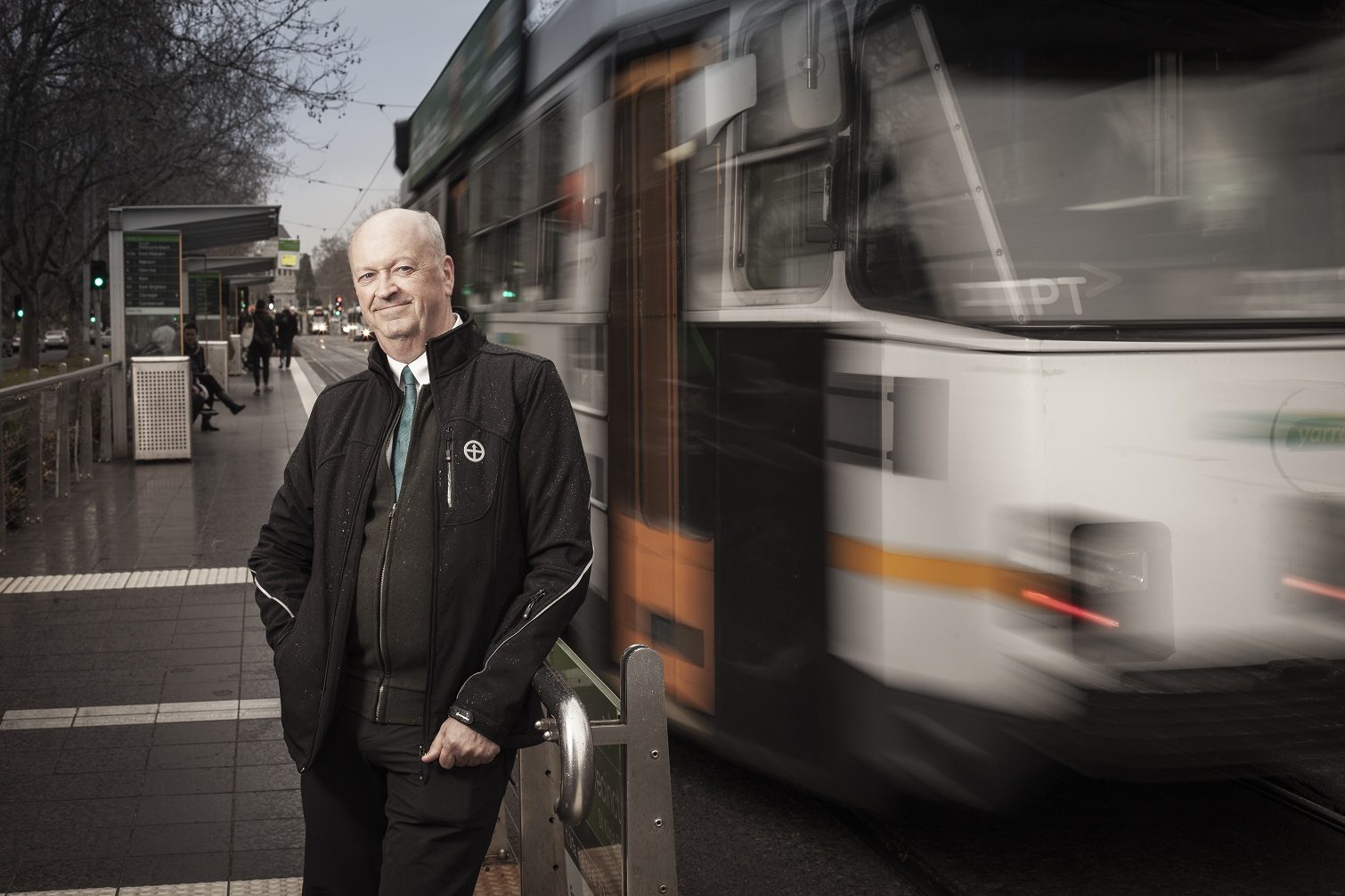 Professor Graham Currie says driverless cars aren’t necessarily the future of transport many believe them to be.

One of the world’s top minds in transport research weighs in on transport evolution in Australia.

Twenty-eight years ago Douglas Quaid, played by Arnold Schwarzenegger, jumped into a “Johnny Cab” and demanded it drive away from gun-wielding assailants. The humanoid robot driver cheerily replies: “Will you please repeat the destination?”

Professor Graham Currie FTSE, a renowned international public transport researcher and policy advisor, says driverless cars are “over-hyped” and not necessarily the future of transport many believe them to be.

Instead, he says public transport is the only real shared mobility and, with enough investment, will help Australia’s cities cope with a heaving population.

In this interview, Professor Currie explores the reality of autonomous vehicles, the future of public transport in Australia and what infrastructure might look like with changing transport options.

Professor Currie is the founder and Director of the Public Transport Research Group at Monash University, which in 2015 was identified as among the top three research groups in this field in the world.

In your article Lies, Damned Lies, AVs, Shared Mobility, and Urban Transit Futures you call discussions around the future of public transport “a gigantic lot of nonsense”. What do you wish more people knew?

I wish people understood that public transport is the only real shared occupancy mode. Cars rarely carry more than one person, but just one train carries more than a thousand. Our cities are turning into supercities and there is only one way to carry high volumes of passengers efficiently, and that’s with public transport.

All technologies need a proving period before value can be realised. Yet there is also a trend towards promoting ideas which are not proven. A major part of that is not thinking about how humans will use or react to new technology.

Driverless cars are not in practical use for daily travel in cities anywhere on earth yet. But it’s claimed they will take over travel in cities. Some also state public transport will lose out as a result since it’s not using advanced technology.

My concern with “shared mobility” like Uber, bike share or car share is the use of the word “shared”. It implies efficiency in urban travel since people can travel together in congested cities.

But these “shared” mobility modes don’t involve shared occupancy at all – the average Uber occupancy in traffic is 1.6 including the driver; so 40 per cent of the time they have no passengers and are adding to traffic congestion for no good reason.

Australian cities really need more sharing of vehicles, but our trend has been very low with more and more traffic carrying less and less people.

Unless we invest in much better public transport it’s likely Australian cities are going to remain private vehicle-dependent in the middle and outer suburbs, but central areas will be increasingly dominated by mass transit, walking and cycling. One truth is that transport infrastructure doesn’t change overnight. Even on a 50-year horizon, we will be relying mostly on infrastructure that exists today.

The future will almost certainly involve using new forms of energy and fuel. Electrification of private vehicles is close even today, but fuel cell technologies may be a viable alternative. It’s very unlikely we will be using oil-based fuels in 50 years.

The average Uber occupancy in traffic is 1.6 including the driver; so 40 per cent of the time they have no passengers and are adding to traffic congestion for no good reason.

Can you please explain your concept of “auto-no-emotion” and why you developed this term?

I wanted to push back on the over-hyped and unproven ideas around driverless cars by inventing a new word to describe how they have been “over-marketed”. That’s what the new word “auto-no-emotion” describes.

I put the phrase “no-emotion” in there to emphasise the inhuman aspects of the technology at present because the human aspects and interfaces have yet to be developed, solved or even considered.

Yet without human acceptance, this technology cannot succeed.

The best and most successful technology applications have seamless intuitive human interfaces and, until driverless cars develop this, they will not be a worthwhile or even feasible mobility option.

How will infrastructure change if autonomous vehicles dominate the roads? For instance, the potential elimination of car parks and petrol stations.

In theory, a driverless car city won’t need parking since vehicles can drop you off and drive to the next user themselves. The problem with that is commuter car occupancy today is just above one person per car in Australia. Yet it could go below one as driverless cars reposition without anyone in them.

I’m not sure we need fewer people in congested streets and empty cars clogging them up, but we might get a bit more road space by removing kerbside parking. Off-street parking makes up a bulk of city real estate, but removing and repurposing this real estate provides an opportunity for improved urban economic productivity.

Autonomous vehicles are likely to be electric or fuel cell-powered, so conventional petrol stations won’t be needed. Repurposing petrol station land to other uses again presents an opportunity to use that land in more productive ways.

In practice I suggest that safety is the biggest single infrastructure barrier.

Streets are just too complex an environment for safe autonomous movements of vehicles that can kill people. I suspect a more feasible outcome is selective adoption in defined controlled areas under managed conditions.

Dedicated and segregated freeway lanes for long distance trucks might be an example of sections of an urban area where only autonomous vehicles are permitted, and where pedestrian movements are carefully managed.

My benchmark for this are driverless train stations in operation today. They all have platform doors carefully managing the human-machine interface to ensure no unexpected human movements onto tracks – why would we not also do this for autonomous cars? 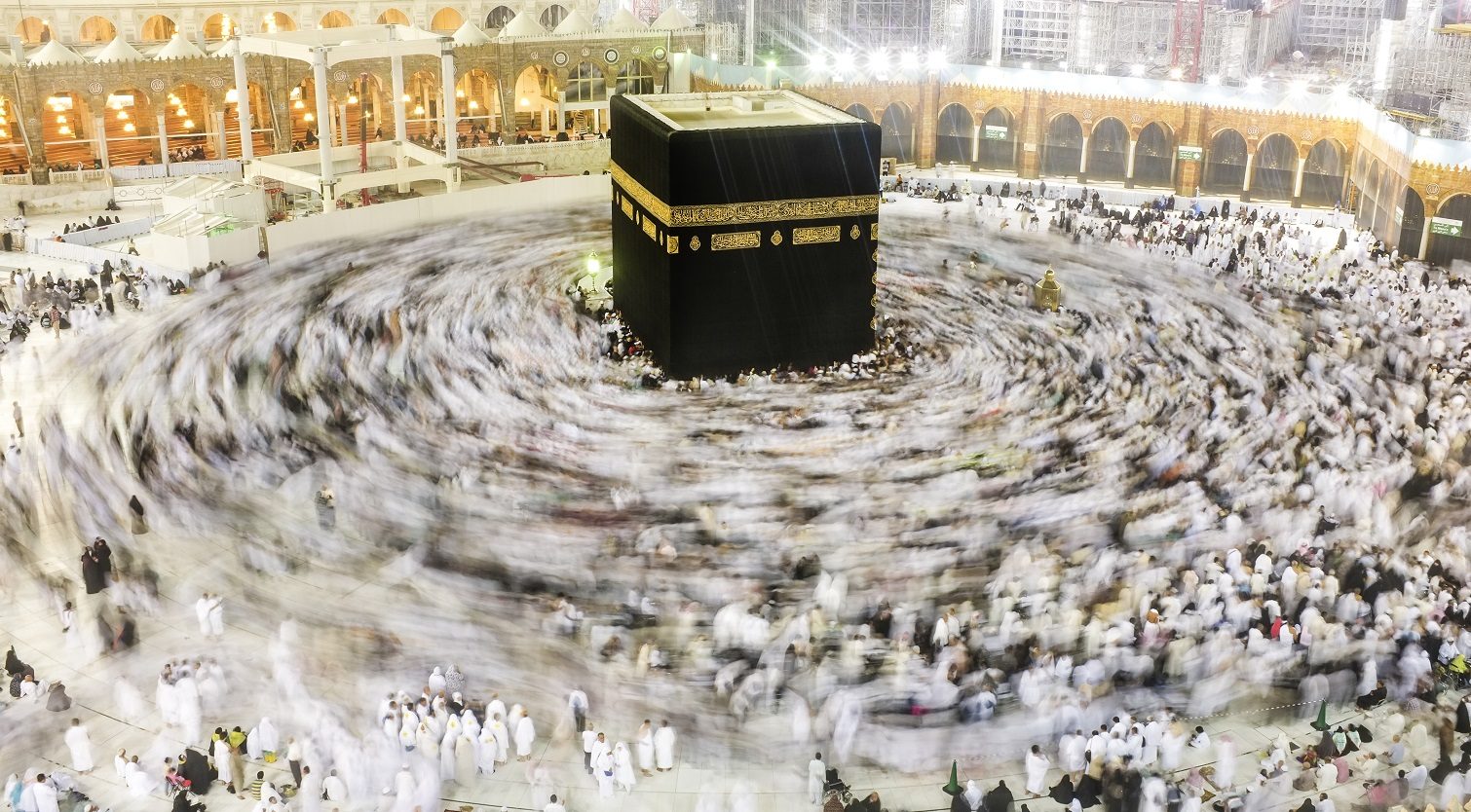 Professor Currie has been involved in transport planning for the Hajj pilgrimage in Mecca.

What are the main challenges autonomous vehicles must still overcome?

Human interface issues – including human acceptance – remain major concerns. They also have to prove they can help make cities better. I think they have a likely potential to increase urban traffic congestion and I can’t see why we would permit that when traffic has been eroding city liveability.

Is Australia leading or lagging behind the developed world when it comes to public transport? What should Australia do to improve?

The size and quality of public transport in Australia is not as good as in European cities, but those cities have much higher urban density of activity and much lower car ownership. It’s comparing apples and oranges.

Some aspects of Australian public transport are renowned as best practice internationally: Brisbane’s busway network is often cited as world-leading and Melbourne’s legacy tram network is the largest in the world. Many world cities are investing big in new light railways, but they can only dream of having the scale of network Melbourne has.

That’s not to say improvement isn’t possible or even essential. My big ask is to increase service investment. We need to expand the footprint of mass transit beyond inner city and rail corridors into the suburbs to give people better choice of options for travel.

Central areas need more metros and bus frequencies must be upgraded. We have much investment in public transport at present, but our research shows the quantity of service provided is not even keeping pace with population growth.

In effect, per capita service levels are in decline so we aren’t even keeping pace with growth.

You’ve been involved in transport planning for all the summer Olympic Games since 1996 and the Hajj pilgrimage in Mecca. Do you have a particularly stand-out story from these experiences?

These are real-world examples of the future of Australia’s booming cities. Olympic host cities and Mecca face the largest single mass volume of travel demand in their history – far in excess of their limited and congested capacity to handle these demands.

The only possible way these cities can handle this is using mass public transport movement. So these cities change the day-to-day conventional transport rules because they have no choice.

Cars are banned, vast sums are invested in quality rail solutions and mass public transport movement is the only accepted option.

My stand-out story is that it works. It’s not a theory, it actually works. If you want to see how Australia’s future mega cities will work in 2050, go and look at central Tokyo during the 2020 summer Olympics.

We won’t be using empty and single occupancy private cars to create gridlock; mass rail transit is the only feasible option.

Professor Graham Currie FTSE is a public transport research leader, policy advisor, and is the Director of the Public Transport Research Group. He has published more research papers in leading peer journals in this field than any other researcher, and is Chair of the Light Rail Transit Committee at US Transportation Research Board. He has won numerous research prizes including best research paper at the 14th World Conference on Transport Research; the William W Millar prize for best research paper at the TRB conference twice – the only person to do so – and the Research Impact award from the Australian Road Research Board in 2017.

I can’t believe it’s not diesel

Biofuel has the potential to redirect tonnes of biomass from landfill. Here are a few examples already setting the wheels in motion.…