How can Antarctic science help us understand the Australian climate?

Home > News & Events > How can Antarctic science help us understand the Australian climate? 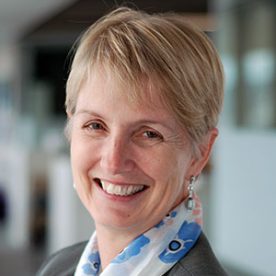 Chair of the Antarctic Science Foundation

The last Australian summer has delivered hot weather and bushfires on scales not recorded before, followed closely by heavy rains and flooding. Why then, should we be thinking about science on the ice in Antarctica?

When Douglas Mawson set out from Hobart on 2 December 1911 to explore the Antarctic he was sure that Antarctica had an important influence on Australian weather. His early meteorological observations are part of our long engagement in Antarctic science.

With more than a century of Antarctic scientific observations and research enabled by ever-improving technology, we now know that Antarctica is the engine room of global climate. In its deep ice it holds a detailed record of past climate that could be more than one million years old.

The coldest, driest, windiest continent, surrounded by the Southern Ocean, has a profound impact on weather and climate in Australia, other southern hemisphere countries, and the world.

The Antarctic Circumpolar Current (ACC) is the world’s biggest current, linking the Indian, Pacific and Atlantic Oceans as it flows from west to east around Antarctica. This current forces deep ocean water to rise to the surface in the Antarctic, where heat and carbon dioxide are exchanged with the atmosphere.

The upwelling deep ocean water and sinking Antarctic Bottom Water – linked to the rest of the world by the ACC – generate the global deep ocean overturning circulation. This is a great oceanic conveyor belt that moves ocean water, carbon, oxygen, and nutrients around the planet. 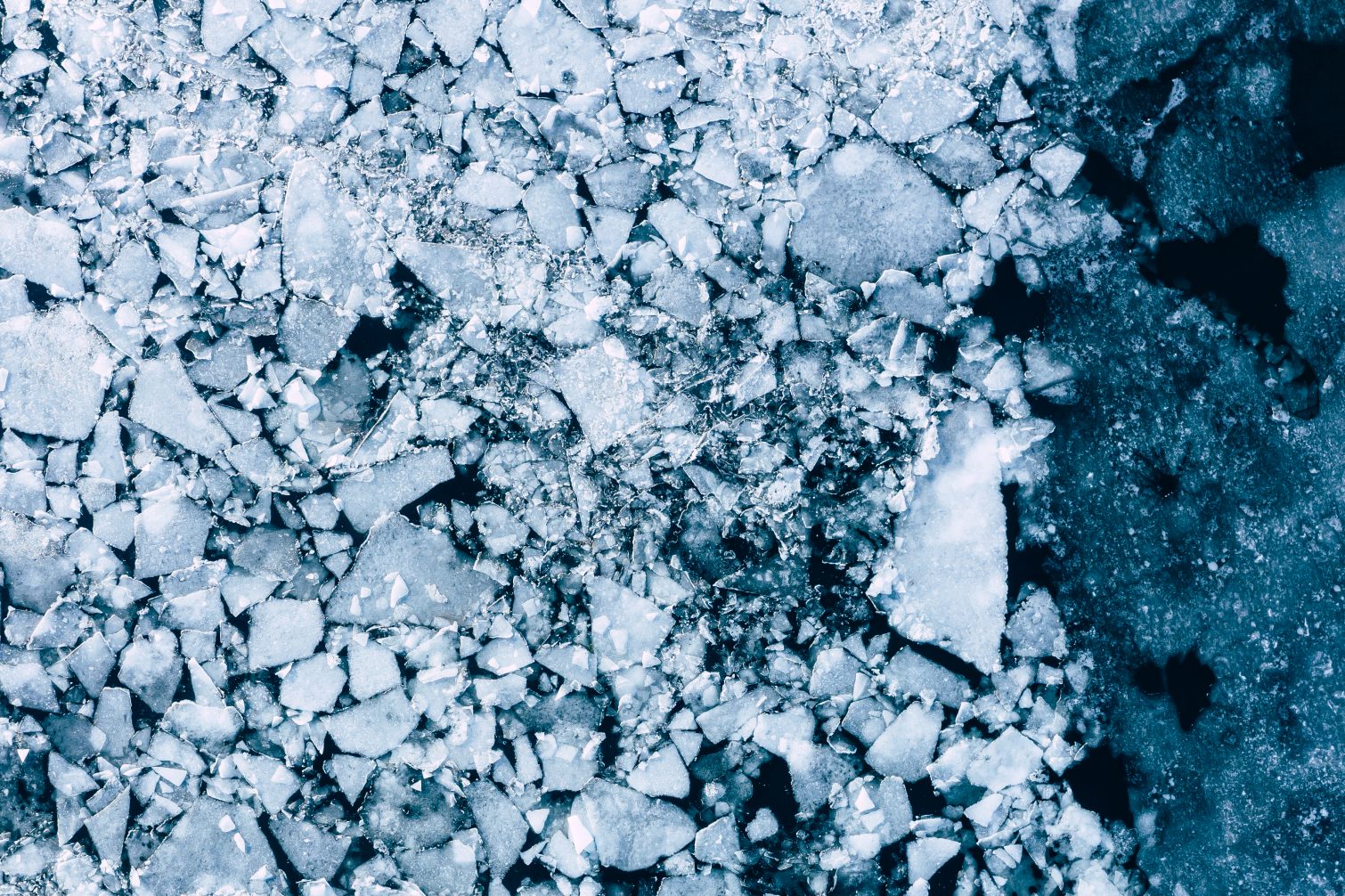 Research over the past three decades has shown that the Southern Ocean is warming and freshening and that the warming is having direct impacts on floating ice shelves fringing the continent. Even though the loss of floating ice doesn’t directly affect sea level rise, it does reduce these ice shelves’ ability to buffer the flow of ice from the inland. This contributes to the melting of glaciers at their grounding line on the ocean floor.

Antarctica’s contribution to global sea level rise has increased significantly in the past two decades. Recent research has also revealed that much of the ice sheet in East Antarctica is grounded below sea level. This means its vast stores of ice are much more vulnerable to ocean warming than we assumed in the past.

The Southern Ocean also plays a major role in buffering the planet from climate change by storing a large proportion of the extra heat that human activity has added the additional atmospheric carbon dioxide.

Antarctica is also home to one of Earth’s largest natural phenomena: the annual growth and decay of Antarctic sea-ice. The annual maximum area of Antarctic sea ice (in the austral spring) is around 19 million square kilometres, and the minimum (in the austral autumn) is around three million square kilometres. Sea ice is an important part of the climate system and a critical component of Southern Ocean marine ecosystems.

The Antarctic sea ice zone is changing. There are estimates that the extent of sea ice has reduced by up to 40 per cent since the 1940s. Significant regional changes, some positive, some negative, have been recorded in recent decades.

Over the past five years or so, the maximum extent of Antarctic sea ice declined by around five per cent. It’s vitally important that we better understand the physical and biological dynamics and trajectories of the Antarctic sea ice zone.

Secrets in the ice

In order to understand our current climate and project our future climate, we need to understand the climate of the past. The Antarctic ice sheet holds some of the world’s most detailed climate records, stretching back over one million years. Air trapped in snow that is then transformed to ice is stored in the ice sheet, a precise record of Earth’s past climate.

Along with these tiny samples of the Earth’s past atmosphere, isotope analyses of ice cores drilled from Antarctica reveal past temperature records. Impurities in the ice can reveal additional information about past climate, volcanic activity and bushfires, and human activities such as lead smelting, industrialisation and nuclear explosions.

The longest ice core climate record to date comes from the EPICA project at Dome Concordia in Antarctica – a record stretching back 800,000 years. Reconstruction of climate from Antarctic ice cores show that atmospheric CO2 and temperature are tightly coupled. This relationship clearly indicates that increasing CO2 in the atmosphere will be associated directly with increased temperatures.

The current level of atmospheric CO2 is around 414 parts per million (ppm) – a level not seen in the span covered by ice core records. Geological records indicate that the current atmospheric CO2 levels have not been present on Earth since between 5.2 and 2.6 million years ago. During this period, CO2 concentrations reached up to 400ppm and global temperatures were 2-3°C higher than present temperatures. Sea levels were tens of metres higher than they are today.

Very detailed climate records can be found in high-resolution ice cores from high precipitation areas such as from Australia’s drilling at Law Dome on the coast of Antarctica near Casey station. The Law Dome ice core reveals a detailed history of the last 2000 years of the Earth’s climate, including information on CO2 and methane in the atmosphere, solar activity and volcanic eruptions.

Analyses of the Law Dome ice has also been used to reconstruct parts of Australia’s climate record. For example, snowfall at Law Dome is strongly inversely correlated with regional rainfall records from south-west Western Australia. The weather patterns that produce rain and drought in the Western Australian wheat belt also affects precipitation at Law Dome.

Analyses of sea salts in the ice record can also be used to reconstruct rainfall in south east Australia. All of these high-resolution ice core analyses are significant contributions to understanding weather and climate in Australia and in the broader region.

The Southern Ocean is home to unique wildlife and ecosystems, including the greatest living animal, the blue whale. It is also home to one of the biggest underexploited fisheries on Earth – the krill fishery. Changes in sea ice distribution and extent, ocean temperatures and salinity, and ocean acidification due to uptake of CO2, will all have impacts on ecosystems and the services they provide.

There are already species such as penguins on the move in Antarctica, and new species from the north, such as grasses and insects, making their way into the Antarctic.

A priority for Antarctic science?

Given Antarctica’s global role in the Earth’s climate system, its important influence on Australian weather and climate, and that of our near region, and the important carbon, climate and ecosystem services Antarctica and the Southern Ocean provide, Australia should remain actively involved in Antarctic science and play both a leadership and supporting role in international scientific collaboration.

By taking take the knowledge from Antarctic science, we can build better tools to understand our Earth system, and the trajectory and impact of climate change.

Katherine Woodthorpe is Chair of the Antarctic Science Foundation, the Bushfire and Natural Hazards CRC, the HEARing CRC, the National Climate Science Advisory Committee and Fishburners, Australia’s largest technology startups coworking space. She is also non-Executive Director of Vast Solar and Bioplatforms Australia and a Fellow of the Australian Academy of Technology and Engineering. 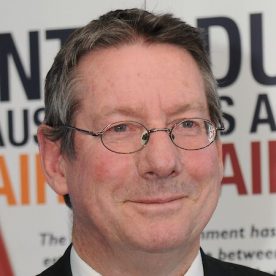 Tony Press is an Adjunct Professor at the Antarctic Climate and Ecosystems CRC, Secretary of the Antarctic Science Foundation and Chair of the Advisory Board of the ARC Centre of Excellence for Climate Extremes.