In less than 12 months, four Sydney unit blocks have been evacuated due to major building defects or safety issues. Professor Mark Hoffman talks about what went wrong with the Opal Tower – and what needs to change.

It is now eight months since I was first called upon to investigate the structural damage to the Opal Tower at Sydney Olympic Park.

While obviously an extremely unfortunate and stressful experience for the residents, I believe that if the recommendations emerging from the investigation are put into practice, the event will one day be seen as a watershed moment for construction and design practices – and their regulation – across Australia.

Before looking at what we learned from the Opal Tower incident, let me first recount how it unfolded and how I became involved.

It was 27 December 2018 when I got a call from the then NSW Minister of Planning, Anthony Roberts. Three days earlier, on Christmas Eve, residents of the Opal Tower had made initial reports of “a loud bang” and concrete cracking on the 10th floor.

More than 300 residents were subsequently evacuated, before being allowed to return shortly afterwards. Now it was looking like they needed to evacuate again as further similar damage had been found in another location.

It was, therefore, a highly stressful situation that was unfolding under the glare of the media spotlight – not least for the hundreds of residents whose Christmases had just been ruined.

Minister Roberts told me that he was getting advice from the Opal Tower builders, the engineers, his own department and the apartment owners about what had happened, who was responsible and what needed to be done. 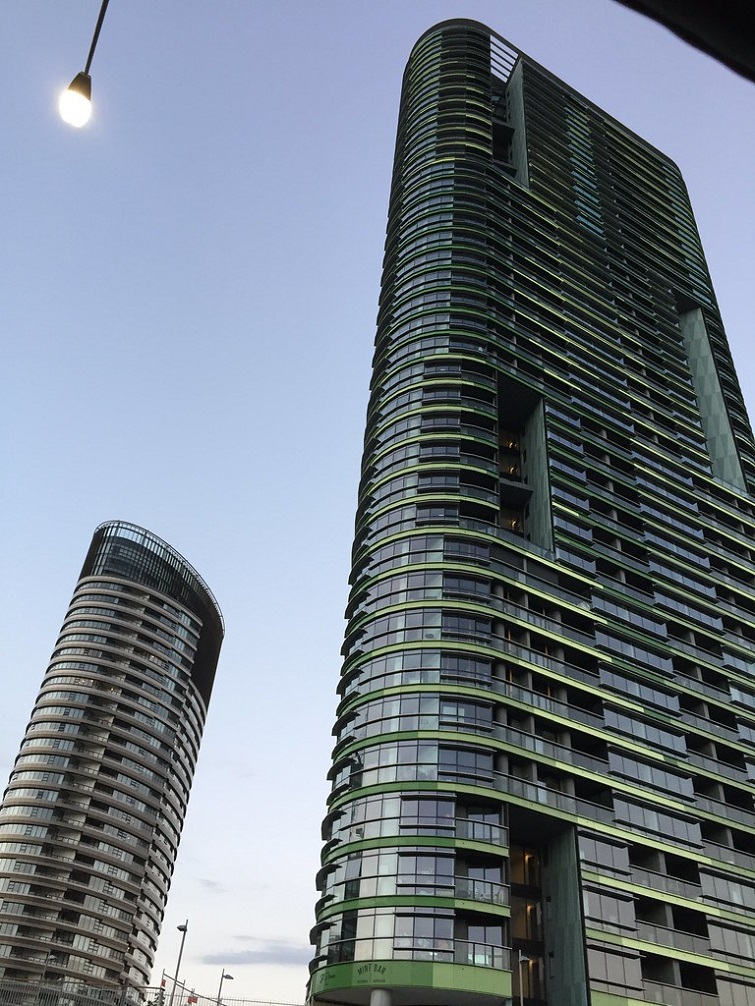 While all had strong opinions, none of them had a view across the whole issue. What he really needed, he told me, was independent expert advice, and he needed it very quickly.

So by the end of that afternoon I was walking into the Opal Tower just as hundreds of people were again on their way out. It was quite slow going because the lifts were packed with people trying to move. It was obvious how distressing this experience was for many of them – understandably so.

With me was University of Newcastle Emeritus Professor John Carter FTSE, who is a geotechnical engineer. There were a lot of the rumours flying around at the time about an issue with the foundations, which is his area of expertise.

Within a few hours, however, it was clear to both John and me that the problem wasn’t necessarily with the foundations at all (subsequent investigation confirmed they were fine). Rather, there was a significant issue with reinforced concrete fracturing.

That’s when we called in Professor Stephen Foster, Head of UNSW’s School of Civil and Environmental Engineering. Steve wrote the Concrete Structures Standard for Australia AS3600, so was a welcome addition to the team.

Over the coming days, we gathered information that we put into an interim report released on 4 January and then a final report on 22 February.

There were four main observations:

So what led to these failures? Essentially, there were changes made to the initial design during the construction process that raised the loads on some beams. We subsequently identified a problem with processes around design approvals and monitoring during construction that allowed some non-standard practices to slip through.

Most states including NSW don’t register engineers, so responsibility to manage construction projects and sign off on the designs is unclear

For example, in one case the initial approved design was changed, specifically to reduce the amount of grout between a pre-cast concrete panel and the hob beam. As a result, the load on the hob beams was increased.

This meant the design was effectively below standard. Generally this would still have been okay, as this standard is conservative. But when incorrectly placed electrical conduit and reinforcing steel reduced the hob beam’s strength, this compounded the grouting issue, causing the failure of a concrete beam.

In another case, a beam was found to have failed where a lower-grade concrete was used than in other beams. Different strengths of concrete are often used on large construction projects like the Opal Tower. For example, columns are built to a strength of 80 megapascals, while the floor is set at 40 megapascals concrete.

On a large-scale construction such as this, trucks are turning up all the time to pump and pour the concrete. It was during this process when a beam was poured with a lower strength concrete than the others.

So in our investigations, we had to ask the question: why wasn’t this dealt with at the time? The problem was not that the lower strength concrete beam went through unnoticed.

The real problem was that various versions of the design drawings indicated different strengths of concrete for the same beam. In other words, when consulting one version of the designs, the beam appeared to be following design.

It wasn’t our role to determine which design was correct, nor which people were responsible. What was clear, however, was that one beam was made from lower strength concrete than the others, and that was a beam that failed.

Our first recommendation was to fix the structural damage in the building to correct the very localised but significant errors. Very quickly, risks were reduced by inserting grout and bracing around the damaged sections. The highly reputable, independent engineering teams who designed the structural rectifications have ensured it will be far stronger than originally planned.

In our final report, we made other recommendations about how to avoid these incidents in the future.

Australia’s National Construction Code is based on the principle that our buildings should be structurally safe. And they are. But the full breadth of consumer expectations regarding building quality is not really addressed in that code.

This is left to the state governments, and they have not been as effective in this regard. For example, in NSW to date, much is vested in a sign-off from a building certifier that presumes everything in the build is okay.

Now in the case of Opal Tower, the certifier had done that, and had done nothing wrong that we could see. But the problem is that the certifier’s job is not to check that everything’s okay. He or she only checks that all the appropriate approvals have been signed off along the way, relying on a trove of documentation.

The certifier signs off on the final layer of a tiered structure of information, and somewhere in that tree somebody may have signed off on something that wasn’t right, or proceeded without an approval process. But there’s no real double-checking and nor is it transparent to stakeholders.

We had a ministerial directive and it still took us quite a lot of time to get some of the required documentation. It wasn’t that people were being obstructionist – the documents just couldn’t be accessed easily.

We recommended that all of this documentation should be on a curated website. When you have transparency and names on a document, people have a far different approach to owning the work than when they know the documentation will be filed away in a drawer somewhere.

Another important recommendation we made was a call for the registration of engineers. Most states including NSW don’t register engineers, so responsibility to manage construction projects and sign off on the designs is unclear.

Registration of engineers would ensure agreed standards, accountability and reviews of training and performance. This has been talked about for a long time, and I’m hopeful the NSW Government is seriously considering it. This is also an important step for the next two recommendations.

First, all designs should be independently peer reviewed by registered engineers. In many cases, designs are reviewed internally within an organisation. No doubt, there are highly qualified people to undertake these internal reviews, but the dynamics and accountability are much more robust if the review is independent.

Second, it also emerged from our report that there is no robust process for changing an original design. When you’re building, things happen. Designs need to be changed or, for example, the wrong concrete truck turns up and pours the concrete for that failed beam. With hundreds turning up in the course of the building, it’s no surprise there’s a mistake.

But there should have been a formal sign-off process by qualified and registered engineers. Such a practice would have also clarified the design ambiguities we identified.

If it’s mandated that designs and any changes to critical elements are signed off by qualified and registered engineers, your system becomes much more robust. Such a system would not be that much more expensive if one focuses on critical components.

Interestingly, there was some commentary in the media that the Opal Tower incident was the tip of the iceberg for a lot of other similar problems in the industry, and that the residents of the Opal Tower were lucky it occurred on Christmas Eve because of the added media coverage it received.

However, in reality, there are very rarely major structural issues with the design and construction of buildings in Australia like we saw here. However, it’s true that structures are often not built as they should have been, with deficiencies in cladding, waterproofing problems in bathrooms, or sub-standard electrical work.

So yes, quality is a real issue. But the safety issues addressed by the National Construction Code is more robust. And there’s quite a difference if something goes wrong. We’re talking about the difference between wasting money from sub-standard quality – which is of course incredibly frustrating – and structural problems that likely endanger people’s lives.

It will be interesting to see how the NSW Government reacts to our recommendations. Up until now, there have been a number of reports and anecdotal discussions about the sort of problems that we witnessed here, but no one has ever really wanted to grasp the nettle and do something about it.

With the Opal Tower incident bringing these issues into very sharp focus, perhaps the construction industry will be the better for it. 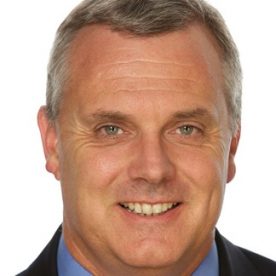 Dean of Engineering at UNSW Sydney

Professor Mark Hoffman’s research expertise is in the area of structural integrity of materials, specifically the design of materials for high reliability in complex environments through a combination of computational modelling and investigation using an extensive mechanical property research laboratory at UNSW. His research covers fracture mechanics, fatigue, and wear and tribology from the macro- to nano-scale.