The Australian Academy of Technology and Engineering (ATSE) applauds the appointment of Dr Cathy Foley AO FTSE as Australia’s next Chief Scientist.

Dr Foley is an ATSE Fellow and sits on its Board.

In 2015 she was a recipient of ATSE’s prestigious Clunies Ross Award for her pioneering work in the field of mineral exploration.

“Dr Foley has made significant contributions to the scientific community through her research and through her leadership of professional scientific organisations, including as a member of the ATSE Board and former President of Science & Technology Australia,” Ms Walker said.

“She is well-placed to provide high-level, independent advice to governments on science, technology and innovation.

“Dr Foley is also a strong champion for women in STEM and we hope her appointment inspires a new generation to consider careers in science, technology and engineering.”

ATSE would also like to acknowledge the work of outgoing Chief Scientist Dr Alan Finkel FTSE, a former President of ATSE.

“Dr Finkel has worked tirelessly to inspire young people to pursue their curiosity through STEM, and has been a strong and steady advocate for evidence-based policy and decision-making, particularly as Australia deals with the COVID-19 pandemic,” Ms Walker said.

“As convener of the Rapid Research Information Forum, he ensured governments were provided with crucial and timely advice based on the best available evidence, as they navigated through the crisis.”

As a Fellow of ATSE, Dr Finkel will continue to be a valued contributor to the Academy’s work to support Australians to understand and benefit from technology, applied science, and engineering.

The Australian Academy of Technology and Engineering is a Learned Academy of independent experts helping Australians understand and use technology to solve complex problems. 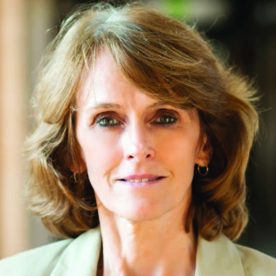 Dr Cathy Foley AO FTSE, Chief Scientist, is a renowned physicist and has made distinguished contributions to the understanding of superconducting materials and to the evolution of devices that use superconductors to detect magnetic fields and locate valuable deposits of minerals.

She is also the Chair of the Australian National Fabrication Facility Victorian Node Collaboration Committee and the ARC Steel Hub Advisory Committee as well as sitting on several other committees and boards. She has made significant contributions to the scientific community as president of several scientific societies and as a member of committees such as PMSEIC giving advice to Government on scientific and technological matters. She was awarded the `Woman of the Year’ by the NSW Government in 2013 and the International IEEE Award for Continuing and Significant Contributions to Applied Superconductivity 2014.

In 2015 she was awarded the Clunies Ross Medal of the Australian Academy of Technological Science and Engineering and Australian Institute of Physics’ Outstanding Service to Physics Award.

In the 2020 Queen’s Birthday Honours she was made an Officer of the Order of Australia (AO) for “distinguished service to research science, to the advancement of women in physics and to professional scientific organisations”.

As a leader in CSIRO, she is working to help Australia to transform to be globally competitive and sustainable by engaging with Australian researchers, government and industry to assist with the translation of research for a healthy and sustainable Australia that is also economically successful.