Pioneering the future of artificial intelligence

In a career spanning more than 30 years, Professor Nahavandi has transformed how we engage with the virtual world through pioneering work in integrating haptic technology into robots and virtual reality systems.

His research has been commercialised in motion simulators, medical robotics and training simulators for emergency services and defence applications. This includes developing the high-G centrifuge prototype Cyclone, which provides G-tolerance training for pilots and astronauts carrying out space exploration tasks.

As founder and Director of the Institute for Intelligent Systems Research and Innovation (IISRI), Professor Nahavandi is leading a team to working to pioneer artificial intelligence research.

Professor Saeid and the IISRI team are operating in a time where humans and robots are forming an increasingly symbiotic co-existence, with huge potential benefits for our quality of life.

But among many cutting-edge projects with benefits for aerospace, defence, robotics and automation, Professor Nahavandi also acknowledges such projects can be “exciting and daunting in equal measure”, and a key task is to ensure technology design keeps humans “on the loop”.

“Computers will be more agile and flexible,” he predicts. “We’ll see the individualisation of products much faster, but it is important that the scientific and engineering community realise the importance of designing technology that keeps humans in or on the loop,” he says. “Ethically, we always must be at least on the loop and at the apex of all the decision making.” 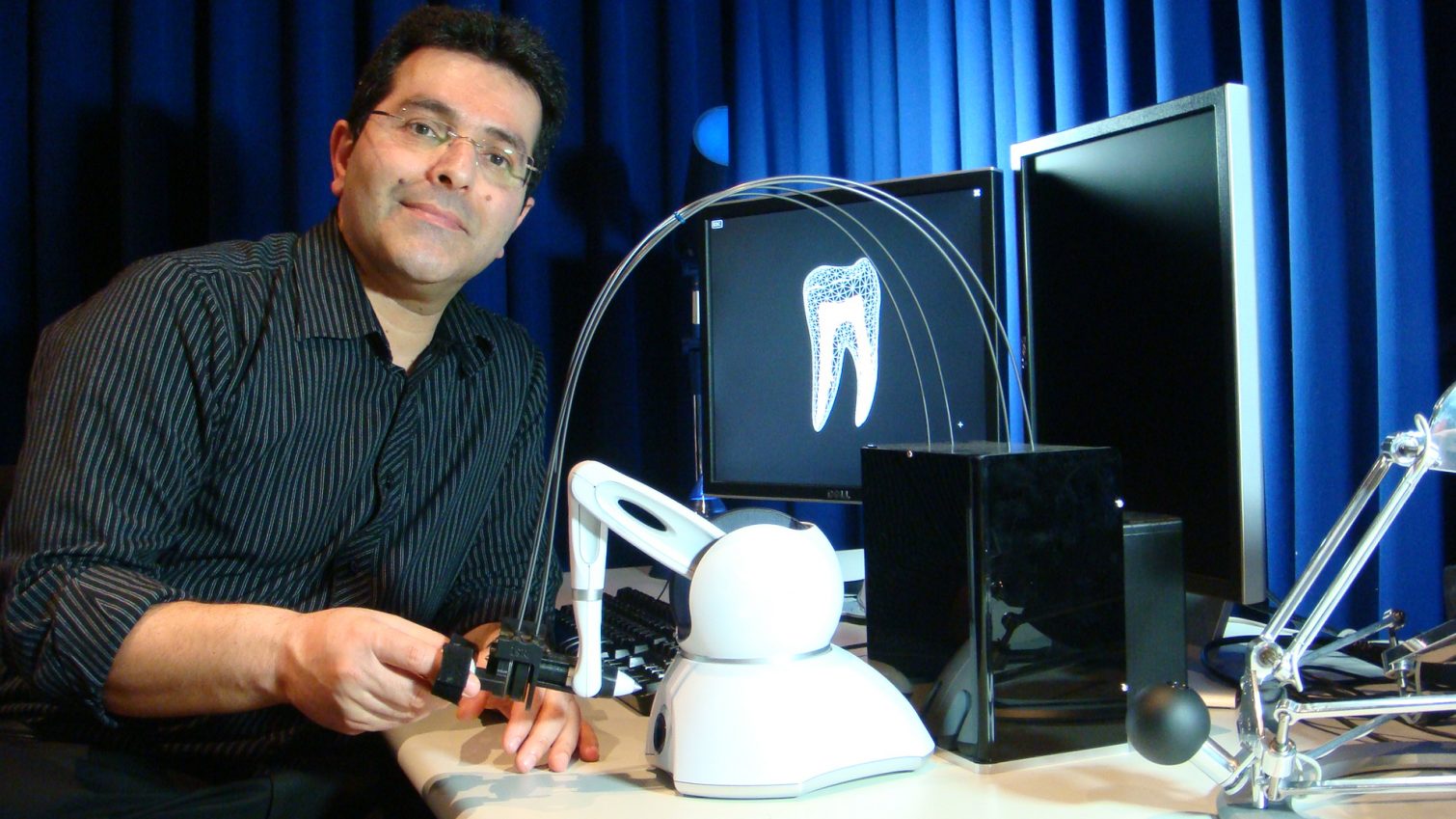 A particularly proud achievement has been the Professor Nahavandi’s design, development and evaluation of an Australian-first, high-G centrifuge prototype. Called CYCLONE, it provides G-tolerance training for astronauts in carrying out space exploration tasks, as well as for pilots in handling high-speed aircraft manoeuvrability.

“CYCLONE could remove the need for Australian astronauts and scientists to go overseas for their physiological training and performance assessment under high gravity environments, leading to establishing Australian sovereign capability in space and aerospace science and exploration,” he says.

A multifaceted approach to technology

Joining Deakin in 1998 as an Associate Professor, Professor Nahavandi set up Deakin’s first robotics lab. He also brought the first car to Deakin for the cutting-edge Formula SAE program in 1999, the forerunner to the development by the student team of a carbon fibre wheel that led to the establishment of the successful Carbon Revolution enterprise.

Professor Nahavandi has worked on numerous defence projects since then, when Deakin became the first Australian university to be designated a Capability and Technology Demonstrator by the Department of Defence for the purpose of designing and developing a haptic-enabled counter-IED robot.

In 2019, the IISRI’s iTrust lab was established to work with haptic, tele-operated and autonomous-capable robots, as well as measurement devices such as EEGs (brain activity), fNIR (functional near infra-red imaging), EMGs (muscle activity) and eye-tracking equipment. Among several other ongoing works is a multi-million-dollar project aimed at refining autonomous vehicles.

Other applications for intelligent systems with the potential to improve many aspects of society include medical procedures and patient outcomes, safer transport or construction, security and defence, agriculture, manufacturing and healthcare. “Systems are already in use in many of these sectors,” Professor Nahavandi says.

Working at the pinnacle of artificial intelligence research, Professor Nahavandi is constantly pushing the boundaries of what can be achieved in areas such as autonomous robots and vehicles, and brain-computer interface technology.

His biggest pride is using the knowledge gained from an exemplary career in intelligent systems to solve problems, push the boundaries of what this technology can do and devise ways to improve people’s quality of life.

With thanks to Deakin University.