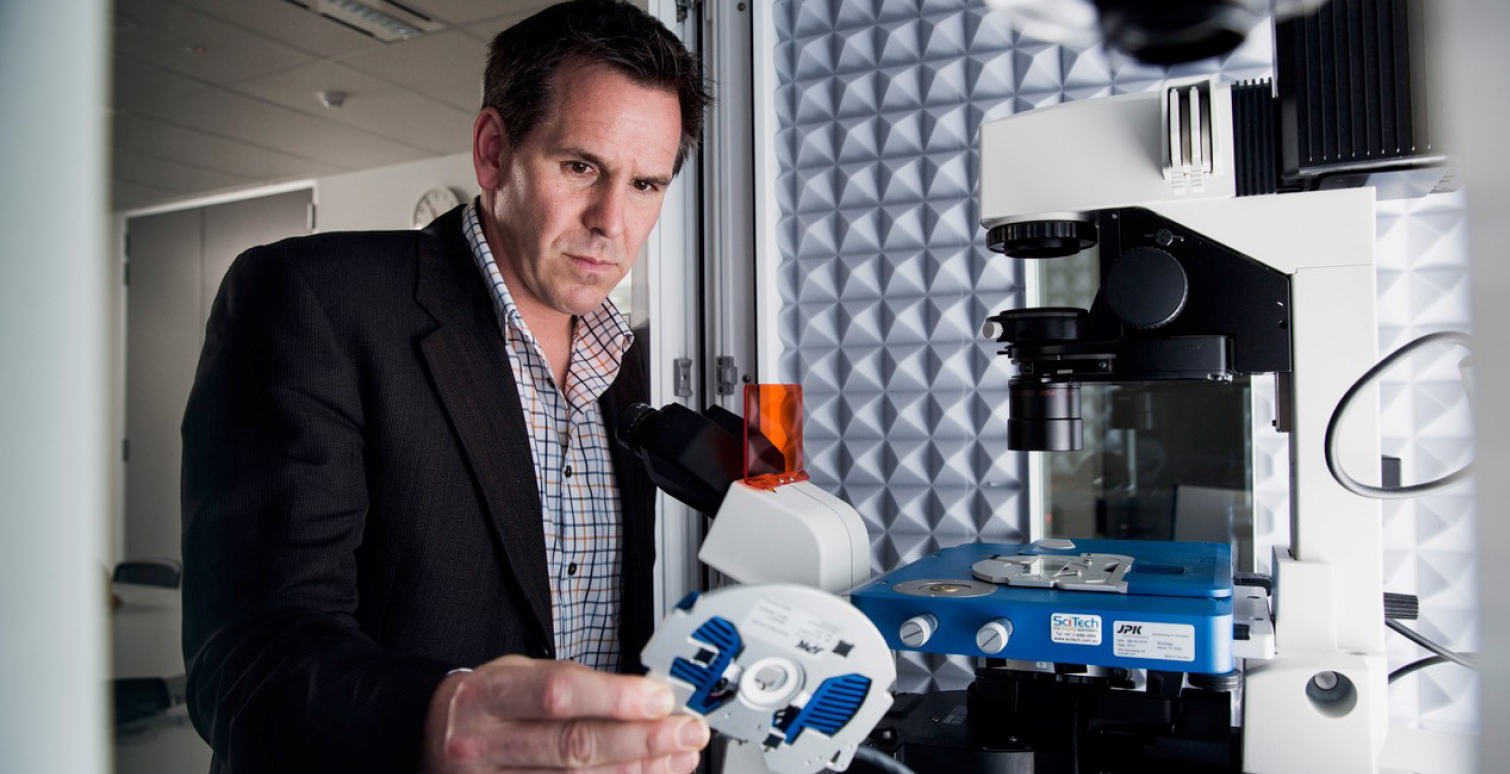 Professor Nicolas Voelcker is a world-leading materials scientist at the interface of university research and industry. As Director of the Melbourne Centre for Nanofabrication, the central facility of the Victorian Node of the Australian National Fabrication Facility, he has grown the number of users and industry engagement, building the nanotech industry in the Clayton area and creating a Victoria-wide collaboration of all universities and CSIRO.

As a Professor of the Monash Institute of Pharmaceutical Sciences and CSIRO Science Leader, he leads a team of 50 researchers that is having a major international impact in bionanotechnology, as measured by high-impact publications and translating patented research into spin-offs.

He has authored more than 400 peer-reviewed journal articles with more than 9800 citations. He has received fellowships from the German Research Foundation (DFG), the CSIRO and the Alexander von Humboldt Foundation, is a recipient of the Tall Poppy Science Award, and was a finalist for the South Australian Scientist of the Year 2015 and the Australian Innovation Challenge.

He has served on the College of Experts of the Australian Research Council and is a Fellow of the Royal Society of Chemistry.