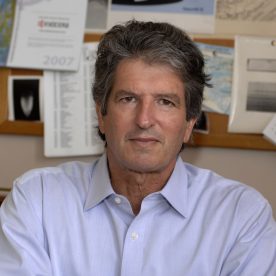 In Australia, we aren’t always best at claiming our big wins and contributions on the world stage, it just doesn’t seem to be in our character. Yet, as inventors, Australians have been responsible for bringing to life some truly iconic and life-changing technology used around the globe every day, by hundreds of millions of people.

In the 20th century, Australians invented Google Maps, Wi-Fi, the black box flight recorder and the Cochlear implant, to name just a few.

For myself, I have been able to dedicate my engineering career to the research and advancement of the solar cell, the notebook-sized device able to harness the practically infinite power of the sun and convert it into electricity.

In 1983, I invented the Passivated Emitter and Rear Cell (PERC). Over the next two decades, my team at UNSW perfected it, not knowing that we would eventually see it being put to use in over 90 per cent of the world’s solar panels now being made. At the time, we thought something like that was so unlikely as to be inconceivable to us, particularly at the terawatt scale now being approached.

Back then, our work was motivated by setting the next world record for solar cell performance. We had set our first in September 1983, demonstrating the first 18 per cent efficient silicon cell.

Having battled to the front of the pack, we were keen to stay there. We knew we were in a prime position to be the first to achieve a landmark 20 percent efficiency, billed as solar’s “four-minute mile”, although there were then several better-funded groups in the US and Japan snapping at our heels. 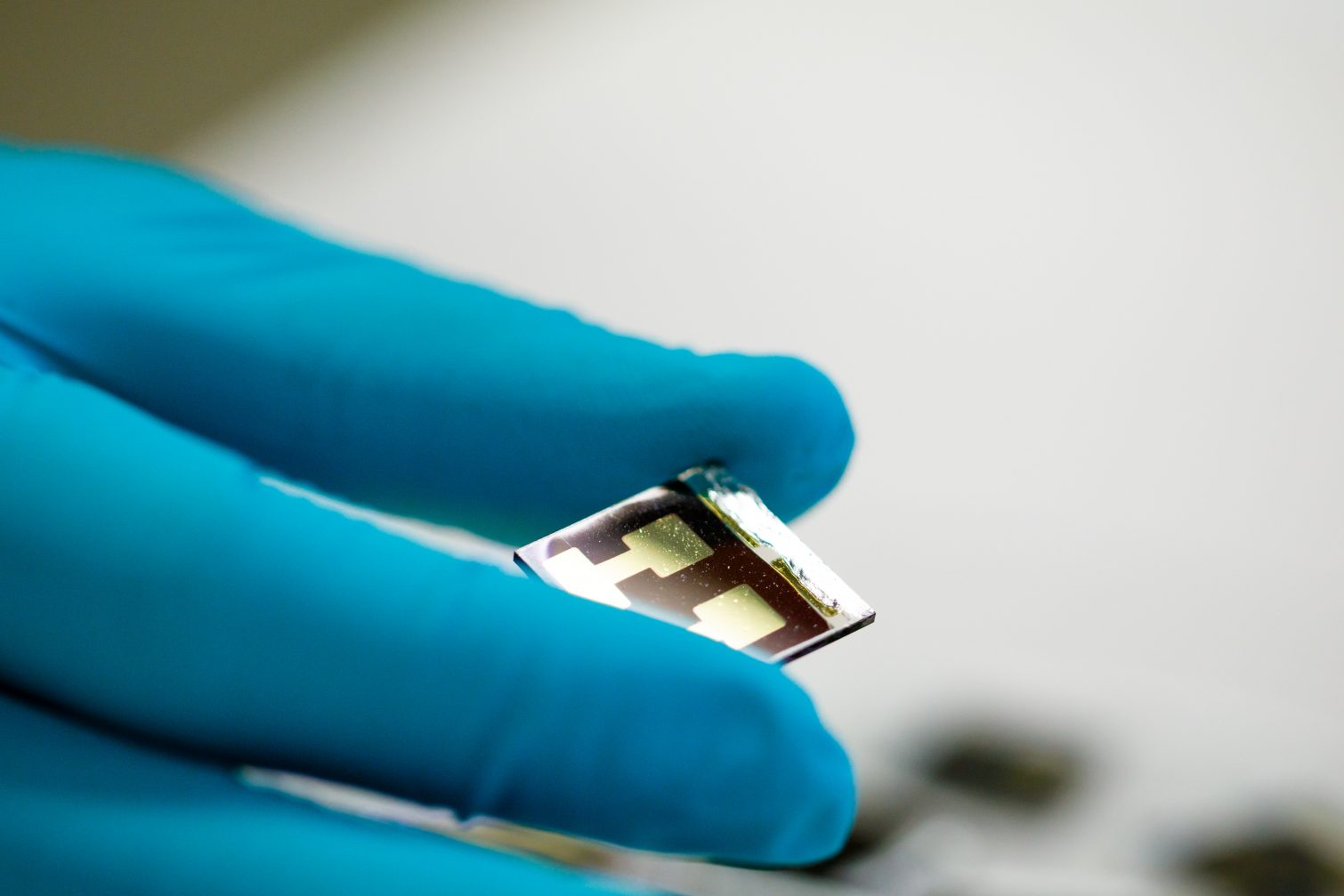 While some aspects of solar cell design, such as the optics, work pretty much as designed when implemented, the electronic aspects are a nightmare.

Final performance is often determined by subtle, temperature dependent interactions between trace impurities in the silicon, not to mention those coming from the lab!

This dictates the nature of cell research: incremental, painstaking, filled by turns with incredible frustration and the elation of breakthrough.

In grant proposals prepared in late 1983, I had outlined two main approaches to getting to the 20 percent figure. One was the well-known technique of texturing the top cell surface and the second was to implement PERC.

Texturing proved the easier, with our first 20 percent efficient cell confirmed in October 1985. This was just in time for reporting at the 18th Institute of Electrical and Electronics Engineers Photovoltaic Specialists Conference in Las Vegas, the major conference in this field, where our result was reported as a highlight. 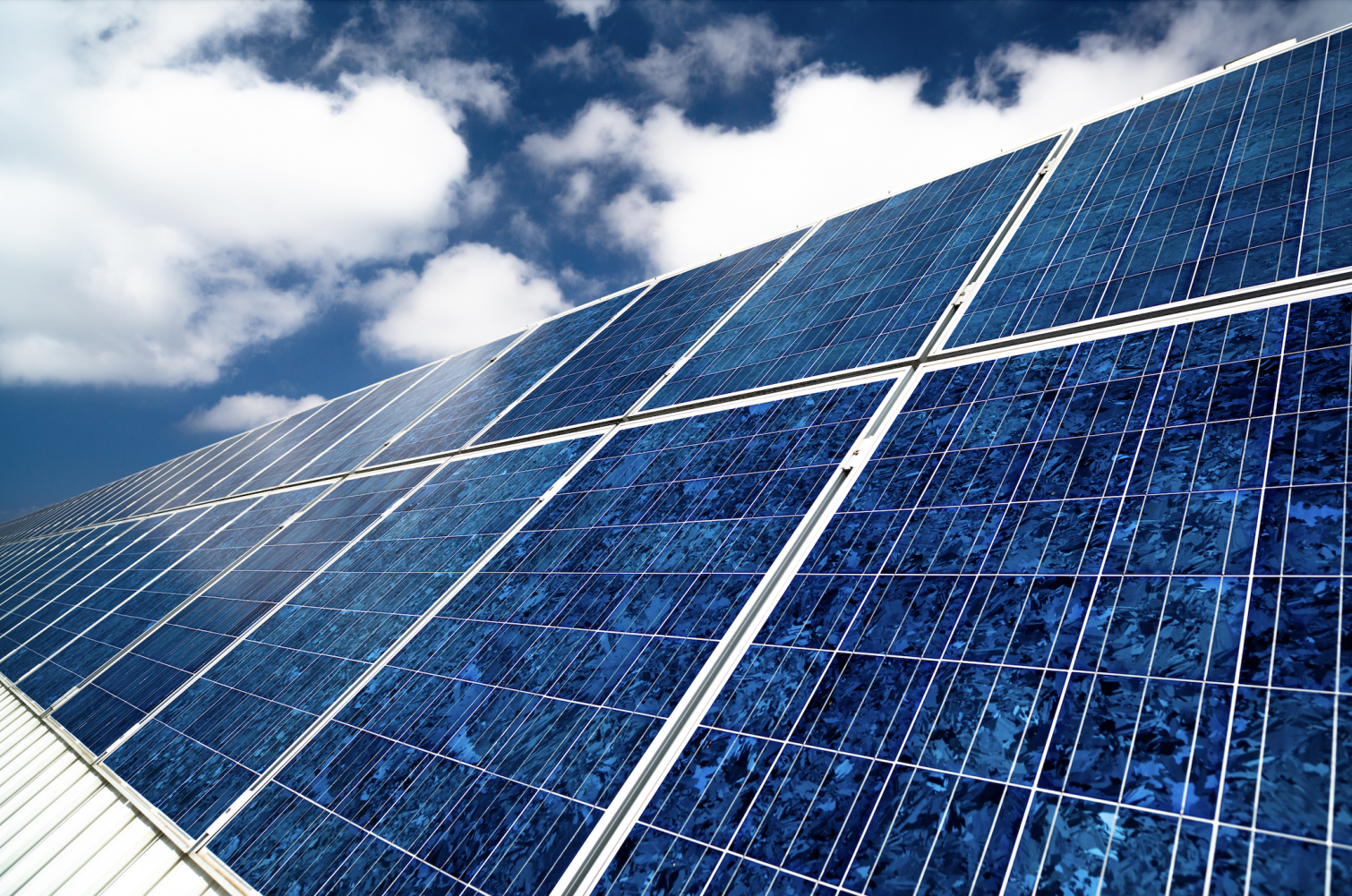 Today in 2021, we can only marvel at where the solar industry has come to. It is a global economic powerhouse, worth over $140 billion annually. Solar power can now provide the cheapest electricity in history, according to the International Energy Agency, having dropped roughly 90 percent in costs between 2010 and 2020.

The global uptake of the PERC cell in solar systems has grown from almost nothing in 2015 to now being at 90 percent of all installations. These are some truly incredible figures that we are proud to have contributed to.

However, this is only just the beginning. PERC has opened up a new wave of industrial creativity, not only due to its improved conversion efficiency, but also due to increased functionality. Bifacial cells are readily made with PERC, allowing solar modules to respond to light falling on their rear and boosting output by five to 20 per cent, essentially for free.

Also, since PERC cells require rear patterning, this allows cells to be cut into smaller segments after processing, encouraging use of much larger wafers in cell fabrication. This not only reduces cell fabrication costs but also produces much larger solar modules, with these recently more than doubling in size.

Solar costs will continue to decrease as technological improvements like this are fully exploited, augmented by the economies of scale.

As a result, some commentators now project a future of insanely cheap solar power. Others describe how solar will usher in history’s third major energy revolution through access to cheap, abundant energy—the first being the agricultural revolution millennia ago and the second being the industrial revolution, powered by exploiting fossil fuels.

I would hardly have believed that any of this lay in the future when I began to work with solar cells in the 1970s. The dream of a world powered by sustainable energy sources of course motivated me hugely, but that we were about to set out on a path that would one day result in a seismic shift in global energy generation and consumption was not a given. 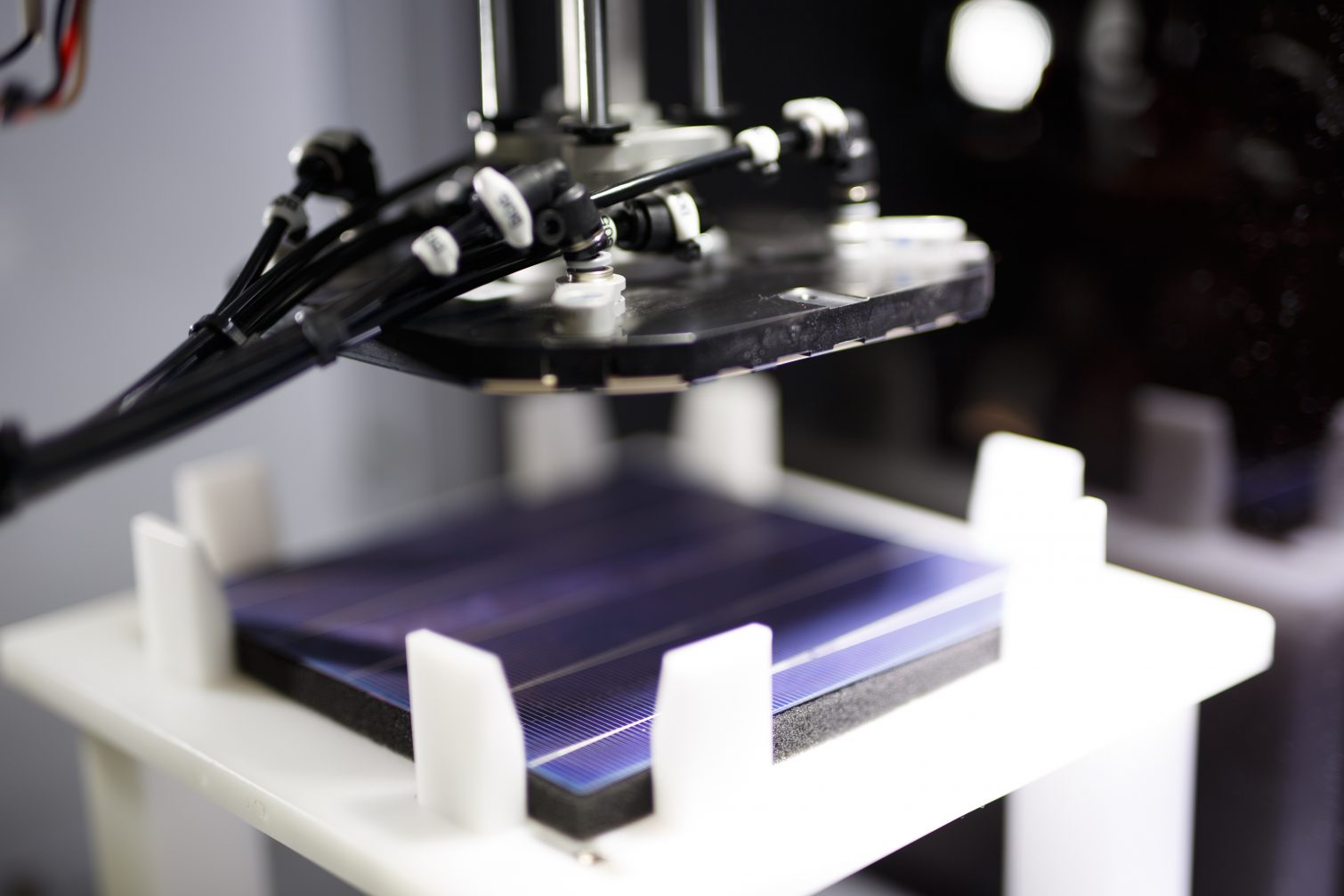 Our first lab was set up in a meeting room off the professorial office of Lou Davies, my departmental head. Lou also helped us rescue former AWA Microelectronics equipment from the rubbish heap for our fledgling group.

We had a crack team of young researchers, among them my first three PhD students, Bruce Godfrey, Andrew Blakers and Stuart Wenham, who were driven, inspired and passionate about the possibilities of pushing the technology to new levels. All three have since been elected to the fellowship of ATSE.

Bruce set up our lab’s basic processing capabilities, followed by Australia’s first solar production line at Tideland Energy, while Andrew and Stuart were key to PERC’s first demonstration, then perfection.

We were reinforced by my first four Chinese-born PhD students, Jianhua Zhao, Zhengrong Shi, Aihua Wang and Ximing Dai, who became Australian citizenspost-Tiananmen. They, along with our equipment guru, Ted Szpitalak, played a crucial role not only in our cell development, but in the solar cost reductions of the last decade. This was done by founding and attracting US investment into three of the first companies manufacturing in China via Australian-Chinese joint ventures.

Our eventual success with solar cell development lead to the establishment of our own dedicated School of Photovoltaic Engineering at UNSW in 2000: the world’s first, and still going strong over 20 years later.

I’m proud to continue to work alongside some of the most talented researchers in the field from across the world, who continue to join our educational program and help us in our research.

Our ability to follow this remarkable trajectory was only made possible through ongoing federal government investment in our research. Solar technology was not a viable investment for commercial industry at the time; it barely existed as a technology at all.

In the 1970s there was great motivation to find alternative fuel sources in the wake of the oil crisis. Money flowed into projects that were aiming to solve the problems of non-renewable energy. While the oil crisis passed, the critical necessity to transition our global energy system to one built on sustainable, renewable resources has not waned in urgency.

We are still a planet with ever-rising carbon emissions, even as the capabilities of renewable sources of energy, solar in particular, continue to grow exponentially.

This points to another unique opportunity for Australia to take the lead as a global technology innovator: to lead the development, implementation and export of solar technologies and their products that will accelerate our continued transition away from fossil fuels on a global scale.

Despite its size, the solar industry of today is still in its infancy, just now catching up to the technology we demonstrated in the lab over 20 years ago. There is still enormous scope for further improvement, such as through tandem cell stacks with the potential to double module efficiencies (think of it as being like comparing a Nokia mobile phone from 1990s to the smartphones of today). 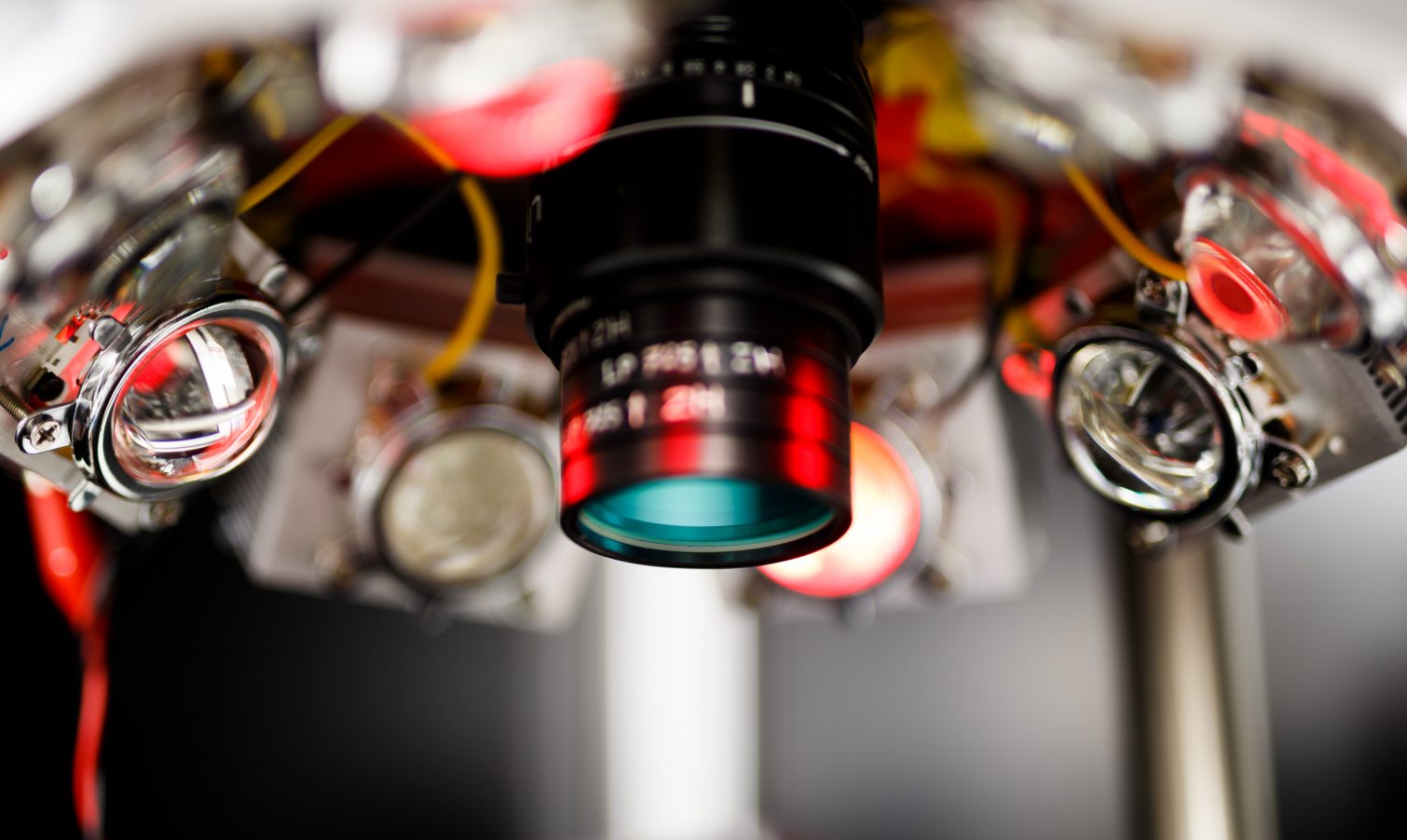 We are now at a tipping point where solar power is set to be not only the clear environmentally responsible choice for the world, but also the smartest economic bet. The number of jobs that will be made available in the renewables sector is already projected to well outstrip the jobs that will be displaced in the fossil fuel industries.

To take full advantage of this opportunity will require foresight at our governance level that can see beyond short cycles, or the demand for returns on investment in technologies to be virtually instantaneous. We are laying the groundwork now for the next decades of robust economic and social benefit that would flow from the same kind of belief that was shown in backing the solar cell before we invented the PERC.

We are now undertaking work at UNSW that encompasses the full breadth of the renewable energy sector, from pushing the leading edge of new solar cell production, to graduating credentialled engineers, to granular data analysis to inform sound policy that will ensure a secure, sustainable and equitable distribution of renewable energy to all Australians.

This is our chance to be unequivocal about our commitment to ensuring we run with this opportunity for all it’s worth.

To realise the dream of a truly sustainable global energy system built off the back of notebook-sized solar cells, would be to truly be able to say that Australian technology changed the world. Hopefully, even, that we saved it.

Professor Martin Green AM FTSE FAA FRS is director of the Australian Centre for Advanced Photovoltaics, at the School of Photovoltaics and Renewable Energy Engineering, UNSW, Sydney, where he is a Scientia Professor. He is inventor of the PERC solar cell, a fellow of the Royal Society, and 2021 recipient of the Japan Prize. He thanks Elmo Keep for her contributions to this article.

Australia is one of the sunniest continents in the world, so it’s no surprise Australians have embraced solar energy to cut their…

Driving to make change and impact in solar knowledge