Space for Diversity in STEM 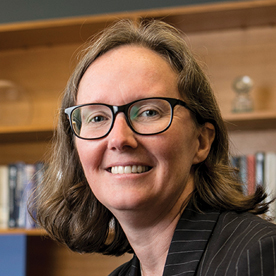 As a young girl growing up in the UK, I dreamed of becoming an astronaut, and I truly believed I could achieve that.

So now as a leader in CSIRO, and in the STEM community, I see my role as creating an open and accepting environment to ask hard questions, challenge the status quo, and use diverse perspectives to push the boundaries of our scientific capability.

But how do we create that environment? There are actions we need to take on multiple fronts, but for me, the common themes are acceptance, role models, recognition, and intervention. 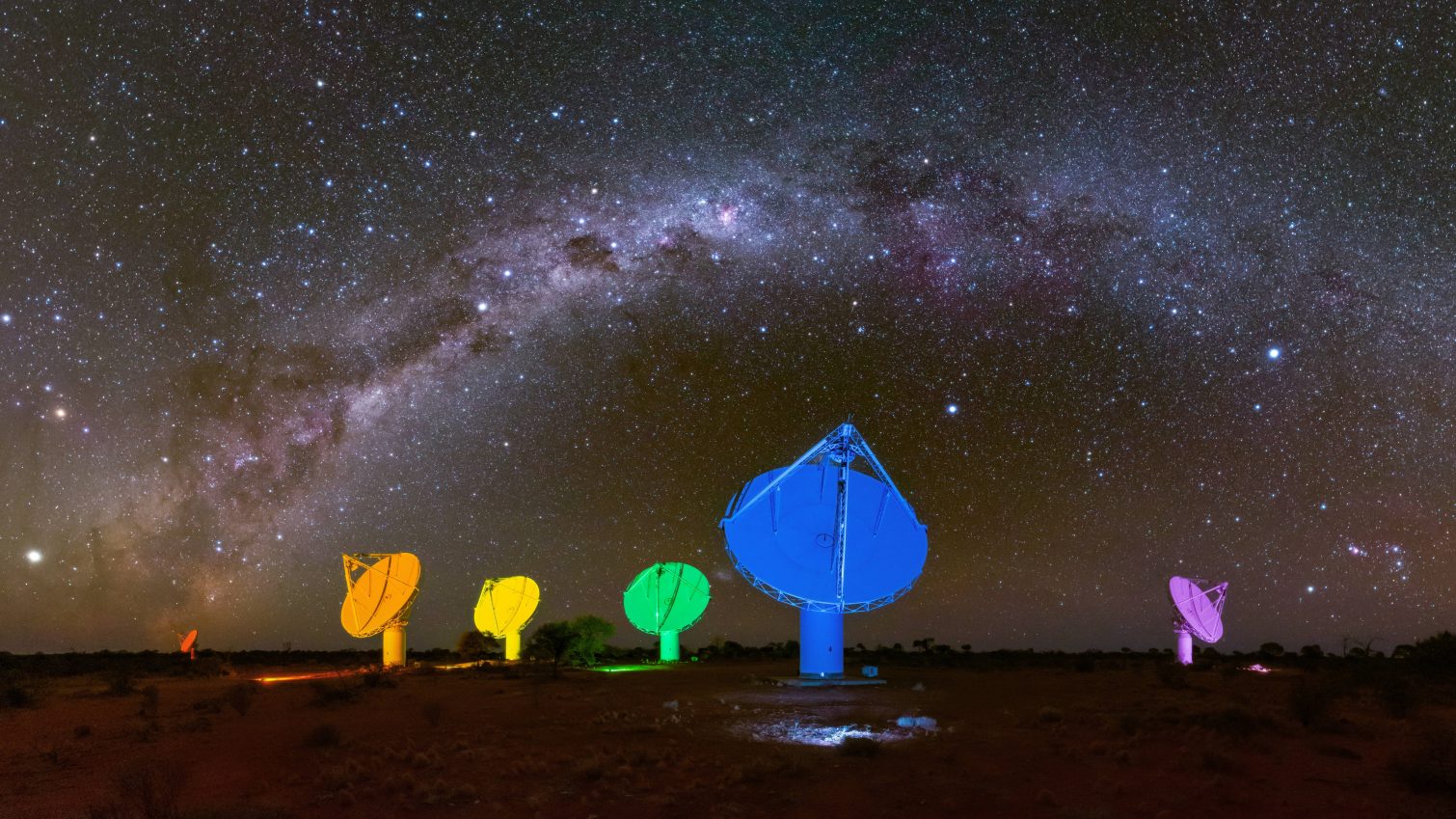 CSIRO shines a rainbow under the Milky Way to mark its first Mardi Gras in 2019.

I’ll start with the latter, and I’ll use CSIRO as an example.

CSIRO became a member the SAGE pilot of the Athena SWAN program in late 2015. We looked at every single element of working life at CSIRO to unpick where we were unconsciously excluding women, as well as other groups.

One of our toughest problems was a male dominated executive team – in 2014, we didn’t have a single woman business leader! But over time we addressed that. Today we have gender balance at the Board and Executive level, and our senior leadership team sitting at just below 40 per cent women.

A key challenge now is getting more women into entry-level leadership positions, which is the critical pathway to senior leadership.

When we looked at the data, it told us that women were more likely to succeed than men when applying for a promotion, but they were much less likely to apply in the first place, so we were promoting fewer women overall.

This has been a stubborn trend to shift, and one that has shown us we need to encourage and support rising female talent.

So, we are looking at ways to get more women to apply for those mid-career promotions and build our leadership pipeline.

We also need to look at how we make these first management roles attractive and realistic, with enough support, time, and resources to do them successfully.

This includes on the home front, too. Annabel Crabb’s book The Wife Drought reflects on the common joke shared by professional women juggling work and family responsibilities – “I need a wife.”

The fact is, having a partner taking care of things at home is an enormous asset and a large contributing factor to success. And as Annabel points out, it’s an advantage enjoyed by vastly more men than women.

The system as a whole was established in the context of a scientist at work and a partner at home to look after the family.  Under this arrangement, those jobs were allowed to evolve to the point of becoming unsustainable for people with caring responsibilities.

Challenging the status quo has led to some big changes in the way we work. At CSIRO, we’ve tried to remove barriers for women and those with caring responsibilities by making things like flexible working and full-time-equivalent calculations the norm.

But some expectations are slower to change. For example, there is still an assumption that itis women who will take long term leave or go back to work part time after children are born.

This is something I’m challenging within CSIRO and more broadly, as I believe we should enable greater gender parity in parental leave.

There also needs to be additional support given to care givers, and recognition of the unsustainable nature of many science positions for those with children.

As a sector, we will see more women in leadership positions if we can move to a more family friendly working culture, and more sustainable career paths. And this will be great for the men in our organisations, too. 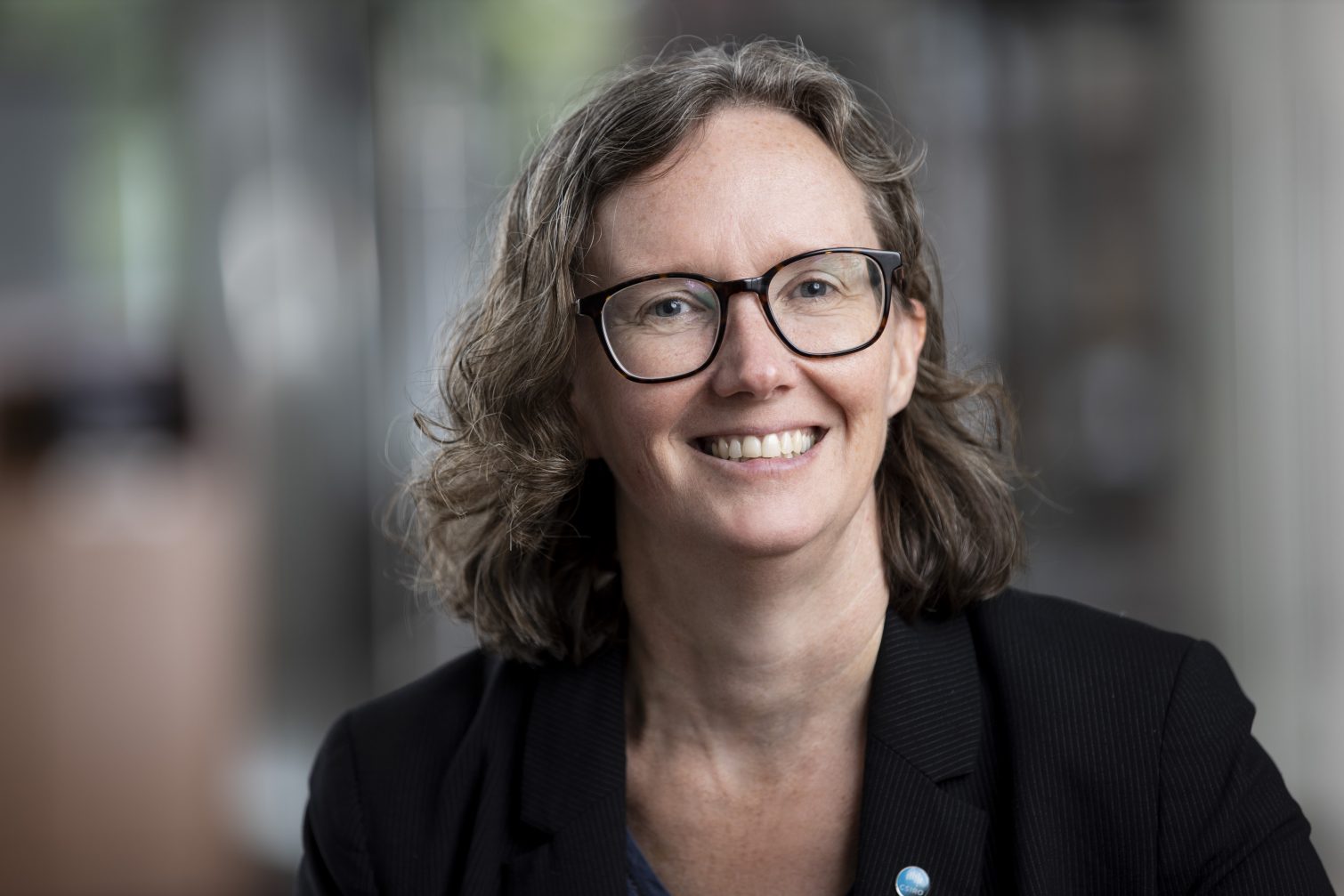 The power of role models

Then there’s the question of attracting more women into research roles overall, which today are male dominated at CSIRO with only 34 per cent filled by women. This is a trend reflected in the broader STEM sector.

Part of this issue goes back to the women role models we show girls, as well as the male role models in STEM who model inclusive behaviour for men.

This was probably a short-lived trend, but it is illustrative. When we show girls someone relatable who they can aspire to be like, someone in whose footsteps they can follow, they can more easily imagine a future career in that role.

Superstars of STEM is a fantastic example of a program that does this well. As a graduate of the program, I’ve also been connected to a wonderful network of women scientists who have been a valuable support to me.

Men are an important part of this conversation that is often missed, but the effect of senior male leaders modelling inclusive behaviour is extremely powerful. The Champions of Change Coalition is an excellent example of this, and CSIRO’s Chief Executive, Dr Larry Marshall FTSE, is an active and passionate member.

We need the leadership of both men and women to tackle issues of gender equity, and the more visible that leadership is, the more it will be emulated.

And beyond gender, diverse role models help all children see that science can be for them, if they choose it.

Acceptance is one of the most important themes I’ll cover, and I want to share a story about our LGBTQI+ community in CSIRO to illustrate the impact of this.

I was the Deputy Director of CSIRO Astronomy and Space Science back in 2019 when CSIRO took part in our first Mardi Gras Parade. A request came through to light up our Australian Square Kilometre Array Pathfinder radio telescope in a rainbow of colours, and I campaigned to make this happen.

What was so fulfilling and wonderful to see was the incredibly uplifting impact it all had.

It was CSIRO openly and publicly saying to our LGBTIQ+ community – “You are welcome here, and you are part of our family.” I believe it added a whole new layer of engagement for our LGBTIQ+ identifying people within CSIRO, and a true feeling of acceptance.

It’s one thing to say you accept, and another entirely for CSIRO to march in Mardi Gras and embrace the community.

It was a proud moment for me, and I didn’t understand the impact it would have, until it happened.

Acceptance is an empowering force. When we feel accepted and respected, we contribute without hesitation, and innovation flows.

In the wetlands of Kakadu, rangers are using Artificial Intelligence and Indigenous Knowledge to care for Country, in a ground-breaking collaboration including CSIRO researchers.

Respect and recognition are two other powerful forces towards diversity and inclusion.

Recognition has long been an issue for Aboriginal and Torres Strait Islander peoples – recognition and respect for the Indigenous knowledge systems and traditions that have existed for more than 65,000 thousand years – long before western science arrived.

The sustainability and adaptability of Indigenous knowledge systems is extraordinary, and science presents a tremendous opportunity for deep engagement, particularly on issues that relate to our environment.

When we recognise and respect multiple knowledge systems, we can bridge Indigenous knowledge and western science, and learn from that experience for the benefit of both our research and our society.

For this reason, CSIRO has established an Indigenous Science and Engagement program, and we are in the process of appointing our first ever Indigenous Science Director. We’ve also committed to increasing the employment of Aboriginal and Torres Strait Islander peoples across the organisation, as part of our Reconciliation Action Plan.

By including more Aboriginal and Torres Strait Islander voices in shaping our research, we can create more Indigenous-driven science that supports Indigenous peoples, culture, and Country, and drives reconciliation though inclusion.

To return to where I started now, I didn’t become an astronaut, but I did go on to have a wonderfully rich career in physics and space, even if I was the only woman in the room for many of those years.

What I’ve learned is that we need to create space for diversity and difference in STEM, and that creating that space sometimes requires purposeful and considered intervention.

It requires powerful role models and leadership by example, and the creation of an open, accepting, and respectful environment where a wide variety of views can be heard.

When we do this, it’s our differences that spark the best questions, and create the best solutions.

Dr Sarah Pearce is an astronomer and space technologist who is helping deepen humanity’s understanding of the universe.

The cross-disciplinary trailblazer leads CSIRO’s new space program and has contributed her expertise to computing for the Large Hadron Collider.

Dr Pearce has a leading role in Australia in the creation of the Square Kilometre Array – the world’s largest radio telescope – and was our science representative on the four-part team who negotiated this historic international collaboration.

Strongly committed to diversity, Dr Pearce is a committed campaigner for women in STEM.