Statement regarding the tragic passing of Robin and Penny King

The Australian Academy of Technological Science and Engineering (ATSE) regrets to share the passing of one of its Fellows, Emeritus Professor Robin King FRSN FTSE, and his wife Penny in a tragic accident on Monday, 25 July 2022.

Robin and Penny are survived by their four children and eight grandchildren, and family in the UK and in Australia.

Robin King was elected to the ATSE Fellowship in 2011 and quickly became a central figure in the New South Wales Division and nationally through ATSE’s governance. He has recently served as Secretary of the NSW Division and contributed significant time and expertise to ATSE’s policy Forums including the Digital Futures, Education, Energy and Health Forums, which are working to address Australia’s most urgent challenges. 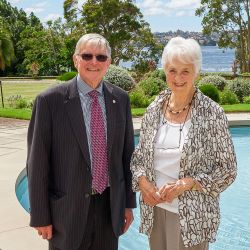 Right up until his tragic death, Robin was always ready and willing to lend his expertise to ATSE’s work. Robin was most recently involved in the Academy’s work on addressing the engineering skills shortage. While this work continues it would not be where it is without Robin’s input. No matter how busy he was, he was always passionate about his work with ATSE and that passion and expertise in STEM education will be sorely missed.  Both Robin and Penny joined numerous ATSE activities and were held dear by so many of the Academy’s Fellows.

In retirement, Robin was also active in the work of the Australian Council of Engineering Deans and the Royal Society of NSW, in which he served as Secretary of the RSNSW and Learned Academies Forum for many years.

Both Robin and Penny will be greatly missed by their friends, colleagues and Fellows of ATSE. We extend our sincere condolences to their family. 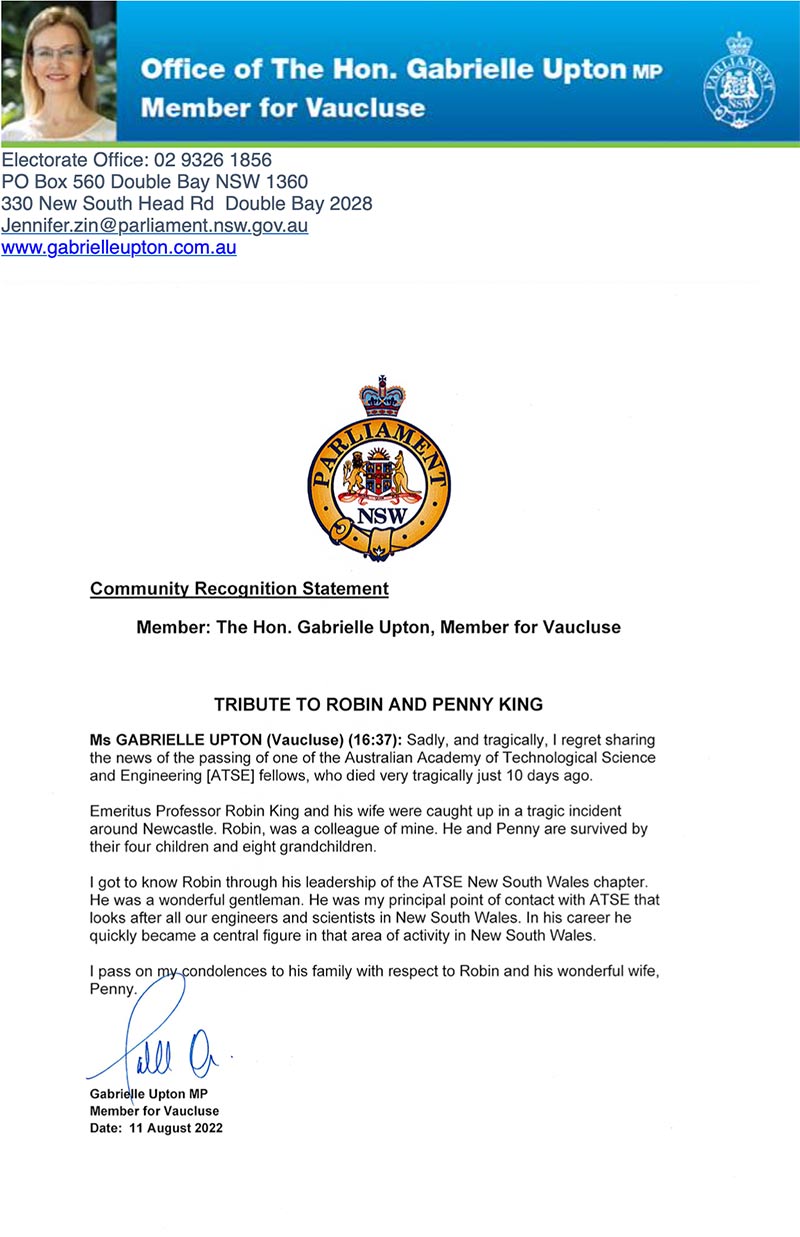 This was a private event which requires the following PIN number to access: