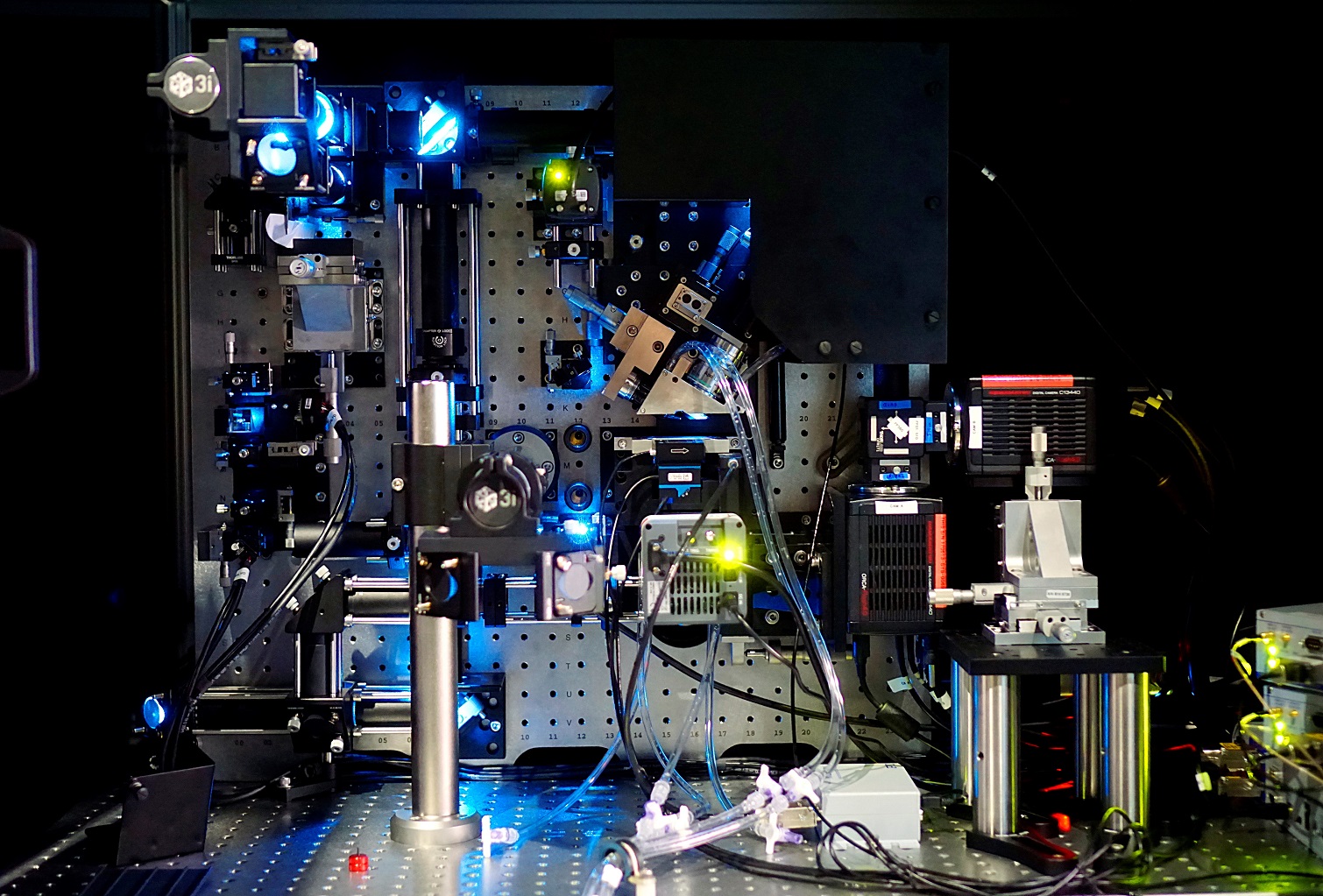 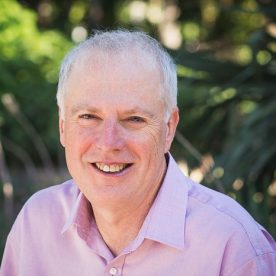 Capturing images at the smallest scales with the highest resolutions takes an enormous amount of data. Using contemporary computers that haven’t kept up with new microscope technology means researchers have been forced to process the data over days and weeks.

This inhibits their ability to rerun failed experiments and interpret experimental results.

The University of Queensland’s Lattice Light Sheet Microscope (LLSM), for instance, images live cells or specimens in 4D – three-dimensions plus time. Acquiring moving images in real time at high resolution generates up to three terabytes of raw data per hour.

A typical research microscopy workflow involves booking time on an appropriate instrument, setting up the experiment, capturing and storing images, and subsequently using an advanced computer system to enhance and analyse the data.

This whole process could require multiple days. For example, our LLSM alone is capable of generating 360,000 images per hour, which on a moderately sized supercomputer would take around 12 hours to process.

Thus, one hour of laboratory time is stretched to a couple of working days for a single result, and repeating this could take weeks.

But this is set to change, thanks to our new special purpose supercomputer, called Wiener.

Wiener reduces this process to just 30 minutes, enabling researchers to interpret their data within a single laboratory session. This supercomputer is disrupting workflows and practices at the university and the project won a gold award in the 2018 Australian Computer Society Digital Disruptor’s awards.

The machine is named after Norbert Wiener, the mathematician who devised the first deconvolution algorithms to remove noise from a signal or image.

Traditionally, supercomputers on campus have been built from commodity central processing units (or CPUs), coupled in large numbers to allow the solution of the most demanding problems in fields like weather modelling and aeronautical engineering.

But in the past few years, designers have been able to achieve unprecedented levels of performance using chips originally built for accelerating computer games graphics.

These so-called graphics processing units (or GPUs) can provide much more cost-effective and energy-efficient ways to perform repetitive numeric computations compared to equivalent CPUs. GPUs underpin the graphics capabilities of every laptop and desktop computer so they are now also extremely cost-effective.

While early versions targeted graphics operations, modern GPUs have extremely powerful numeric processing capabilities, propelling them into a much wider range of applications. In fact, half of the 10 fastest computers in the world now use GPU chips.

GPUs are ideal for implementing image deconvolution algorithms, leading a number of third party image processing software companies to take advantage of them.

Wiener combines a judicious mix of conventional CPUs and GPUs in a small, relatively inexpensive package, targeting very fast image deconvolution, and has become one of the fastest computers of its type in the Asia-Pacific.

Researchers have been quick to apply Wiener’s speed and GPU-enhanced supercomputing characteristics to research problems other than microscopy with outstanding success.

One novel application underpins a new approach to treating Alzheimer’s disease, based on the use of ultrasound energy to displace particular protein fragments in the brain. The work is currently undergoing commercialisation and holds great promise.

As part of the project, researchers from the Queensland Brain Institute needed to determine the optimal amount of energy and its delivery vector – too much energy can be fatal and too little is ineffective.

Rather than relying purely on wet-lab laboratory experiments, researchers augmented their approach to use Wiener to solve the complex numerical equations that model the distribution of ultrasound waves in the skull.

This approach has decreased the time from experiment to translation and has generated a superior treatment regime.

In other research, scientists in the University of Queensland’s School of Chemistry and Molecular Biosciences aim to achieve large-scale validation of biomolecular force fields – the forces acting on atoms.

Using Wiener, the rate of simulation increased to around 80 nanoseconds per day and the team has now simulated a set of more than 50 proteins for 400 nanoseconds each

This work will help understand the dynamics of a critical process in rational drug design called “protein folding”. Initially, running jobs on the National Computational Infrastructure in Canberra, the team could simulate the action of 20 nanoseconds of atomic force fields in one day of computation for a typical protein; it took weeks for realistic modelling periods.

Using Wiener, the rate of simulation increased to around 80 nanoseconds per day and the team has now simulated a set of more than 50 proteins for 400 nanoseconds each.

And in a third example, Institute of Molecular Bioscience researchers are addressing variability in skin cancer diagnosis by automating the analysis of skin cancer biopsies to assist pathologists.

They are using artificial intelligence algorithms first to classify and distinguish images with cancers in them and to identify the type of skin cancer. Second, they use machine learning to segment and select the regions in the image that include cancer.

These can then guide a pathologist in deciding whether further surgery may be required.

The group has used Wiener to “train” a neural network to classify images based on a previously tagged image set. This means the network can perform classification without supervision.

Wiener makes training models extremely efficient, and delivers results in minutes rather than the weeks, unlike conventional supercomputers. For instance, researchers trained a model using 30,000 images in only 15 minutes.

This work has the potential to transform not only cancer detection but also many other types of pathology based on histology slides.

Weiner, a key capability in the research-computing infrastructure at UQ, underpins an exciting range of core research projects and we’re excited to see what lies ahead for the future of supercomputing.

Professor David Abramson FTSE, Director of the Research and Computing Centre at the University of Queensland, has been involved in computer architecture and high-performance computing research since 1979. Before joining UQ, he was the Director of the Monash e-Education Centre, Science Director of the Monash e-Research Centre and a Professor of Computer Science in the Faculty of Information Technology at Monash. He has produced more than 200 research publications and some of his work has been integrated in commercial products. One of these, Nimrod, has been used widely in research and academia globally, and is available as a commercial product.