Tech can do a lot, but won’t get us to net zero on its own 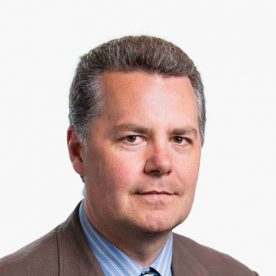 Director of the Melbourne Energy Institute at the University of Melbourne

Cast your mind back to the technologies of the early 1990s.

The internet was in its infancy. If you wanted to get online from home, your PC dialled in with a modem over the copper wire telephone network. Only a few hot-shots had mobile phones. Today, there are more mobile devices than people.

Fewer than a quarter of Australian households had air conditioning. The large majority do today. A handful of enthusiasts were installing exceedingly expensive solar photovoltaic (PV) systems on their roofs. Now, more than 25 per cent of Australian homes have rooftop solar.

Australia’s first wind farm was a few years old and miniature compared to the many we have today. Coal seam gas production in Queensland hadn’t started. Today, it is a major export industry.

It is easy to forget how much technologies have changed over just the last three decades, and the enormous impact they have had on our lives. This disruption will continue and, indeed, should be embraced as a fundamental part of any decarbonisation plan.

But experience shows that energy technologies also often need government mandates and incentives to either drive them or tame them.

And Commonwealth Government mandates appear to have been ruled out by the Morrison Government in its Long-term Emissions Reduction Plan: A whole-of-economy plan to achieve net zero emissions by 2050.

The Plan rests on “five key principles”, of which the first is “technology not taxes”, followed by “expand choices, not mandates.” These two principles together can be viewed as the basis of the entire Plan.

The last couple of decades have given us many examples of disruptive energy technologies.

This disruption is now being keenly felt across the energy sector. Perhaps most notably, energy company AGL is currently being split in two because of this disruption. And AGL isn’t the only incumbent facing such existential challenges.

The Morrison Government’s emphasis on the disruptive potential of energy technology is therefore justified.

The Plan lists several technologies that should be deployed on the path to net zero by 2050. These include “ultralow-cost” solar, clean hydrogen (produced via several, low-emission technologies), energy storage, energy efficiency and electrification for the electricity, building and transport sectors.

Electrification, clean hydrogen and carbon capture (CCS) – a process in which emissions are piped underground for permanent storage – are considered prospective technologies for the industry, mining and manufacturing sectors. 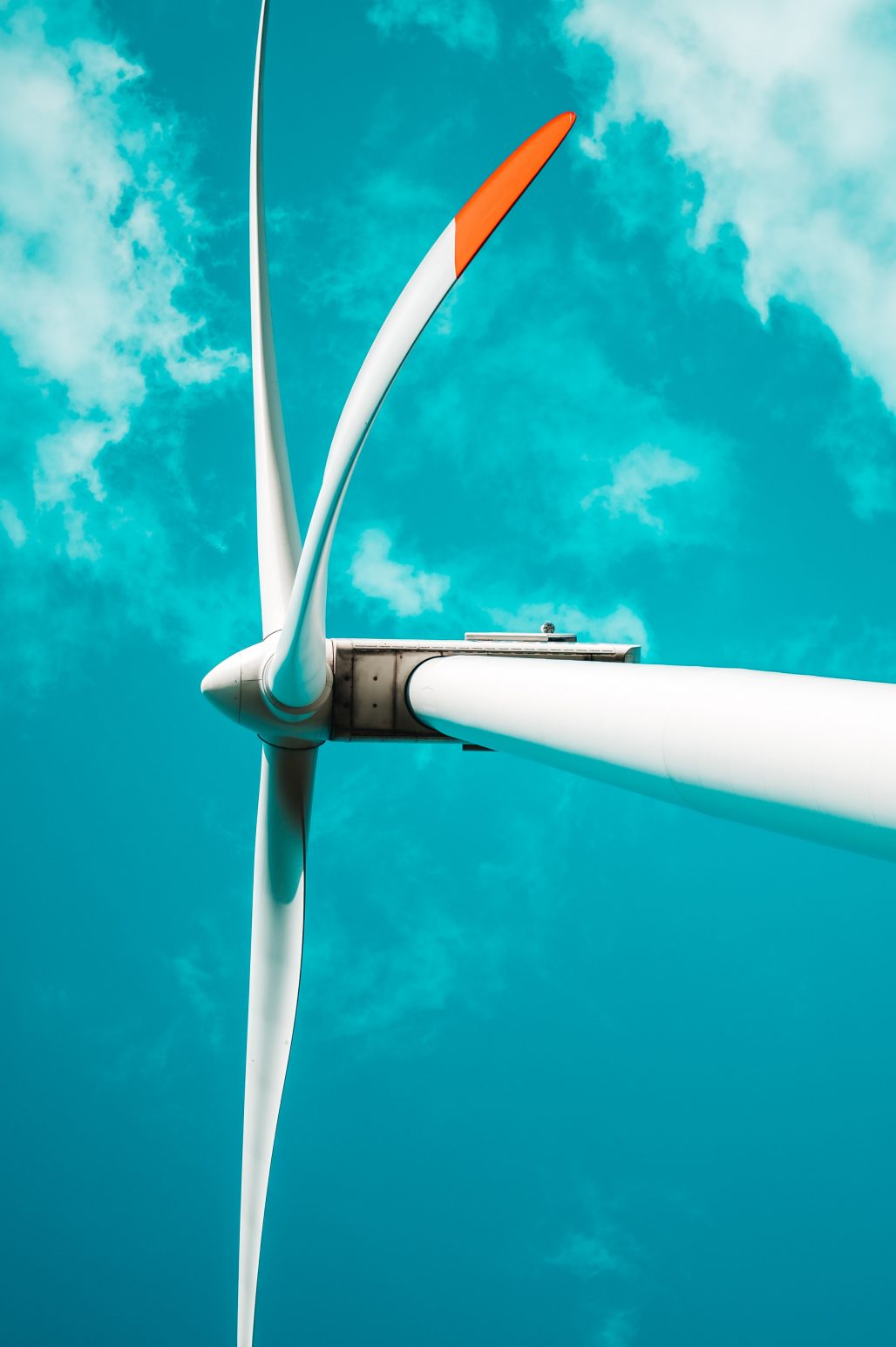 Photo by Jan Kopřiva on Unsplash

Notably, CCS isn’t considered for the Electricity Sector; something that most now agree with given the rise of renewables and energy storage like batteries.

Overall, these technologiesare well understood and uncontroversial to energy specialists, although there will of course be differences in opinion as to technology risk, costs and the plausible rates of uptake.

Less certain are the Plan’s references to “land-based solutions” and “other emerging technologies” for agriculture and the land sector.

These include differing means of storing carbon in soils as well as developing feed for cattle and sheep to reduce methane emissions which aren’t yet deployed. Further, using land to store carbon will be controversial if it reduces the land available for agriculture.

The Plan envisions government playing an “enabling role” and includes a Federal Government investment of more than $A20 billion to 2030, using the already released Technology Investment Roadmap as a guide.

Notably, this isn’t the total funding that will be spent on these low emission technologies, but only the Commonwealth’s contribution that is intended to unlock more than $A80 billion in total investment from the private sector and state governments.

With these investments, the Government estimates the plan will achieve a 30 to 35 per cent reduction in Australia’s emissions in 2030 relative to 2005.

This is slightly more than previous Government targets, but less than several proposed by bodies including the Australian Academy of Technology and Engineering and the Business Council of Australia.

And history tells us that more than technological development and disruption will be needed beyond 2030 to get us to net zero by 2050.

For example, many Australians now choose rooftop solar PV because it saves them money while also reducing emissions. The uptake nonetheless has been driven by previously strong consumer incentives – although these are now weaker and uptake is stronger than ever.

Notably, the PERC solar cell design that now has a dominant market share was invented at UNSW in the 1980s – that’s decades of support before this remarkable technology was commercial.

The experience of large-scale wind and solar PV is more complex.

Like rooftop solar PV, these were originally subsidised by the Federally mandated Renewable Energy Target. However, new wind and solar is now more driven by State-based mandates and direct contracts with large organisations seeking to reduce their emissions.

Similarly, despite the availability of more fuel-efficient hybrid powered sedans, less efficient pickup trucks and SUVs have become cheaper and much more popular in the Australian car market.

This wouldn’t be as much the case if Australia wasn’t one of the few jurisdictions without a fuel saving or greenhouse gas emissions mandate.

And we haven’t yet talked about other environmental impacts that will likely have to be regulated – particularly the electronic waste that will result from the uptake of some energy technologies. For example, end-of-life solar panels and batteries are two significant e-waste concerns.

We therefore cannot rule out the need for government mandates and taxes if we hope to get to net zero.

As Australia’s extended warring over climate action has shown, economic purity must nonetheless take a back seat to political feasibility. The sticks cannot be too big and the carrots must be bigger.

At best, the Morrison Government’s Plan can be viewed as a pragmatic step in the right direction. At worst, the Plan will join the long list of discarded energy policies from both sides of politics.

In the lead up to the forthcoming Federal Election, let us take it and the Opposition’s equivalent policy equally seriously and move beyond the climate wars.

We can then focus on the much bigger, much harder and much more exhilarating task – embracing the great disruption and building a net-zero energy system in less than three decades.

This article was first published by the University of Melbourne.

Director of the Melbourne Energy Institute at the University of Melbourne

Michael Brear is a mechanical engineer and directs the Melbourne Energy Institute (MEI), which facilitates the University of Melbourne’s research on the technical, economic, environmental and social impacts of energy. Michael is a Fellow of the Australian Academy of Technology and Engineering, the Combustion Institute, Engineers Australia and the Australian Institute of Energy. He previously established the University’s multi-disciplinary degree, the Master of Energy Systems. Prior to commencing at the University of Melbourne, Michael worked for ICI Australia (now Orica), and then undertook graduate studies at Cambridge University and post-doctoral research at the Massachusetts Institute of Technology.

Emissions Targets: Are we on track?

The science and lived experience of climate change is becoming increasingly clear, and was brought into sharp relief by Australia’…

Towards Solar Fuels — Hydrogen and Ammonia

This presentation was recorded on Thursday 1 July 2021.  Fellows and guests were invited to join Professor Doug MacFarlane FTSE FAA…