The accidental engineer who invented the vanadium sustainable battery 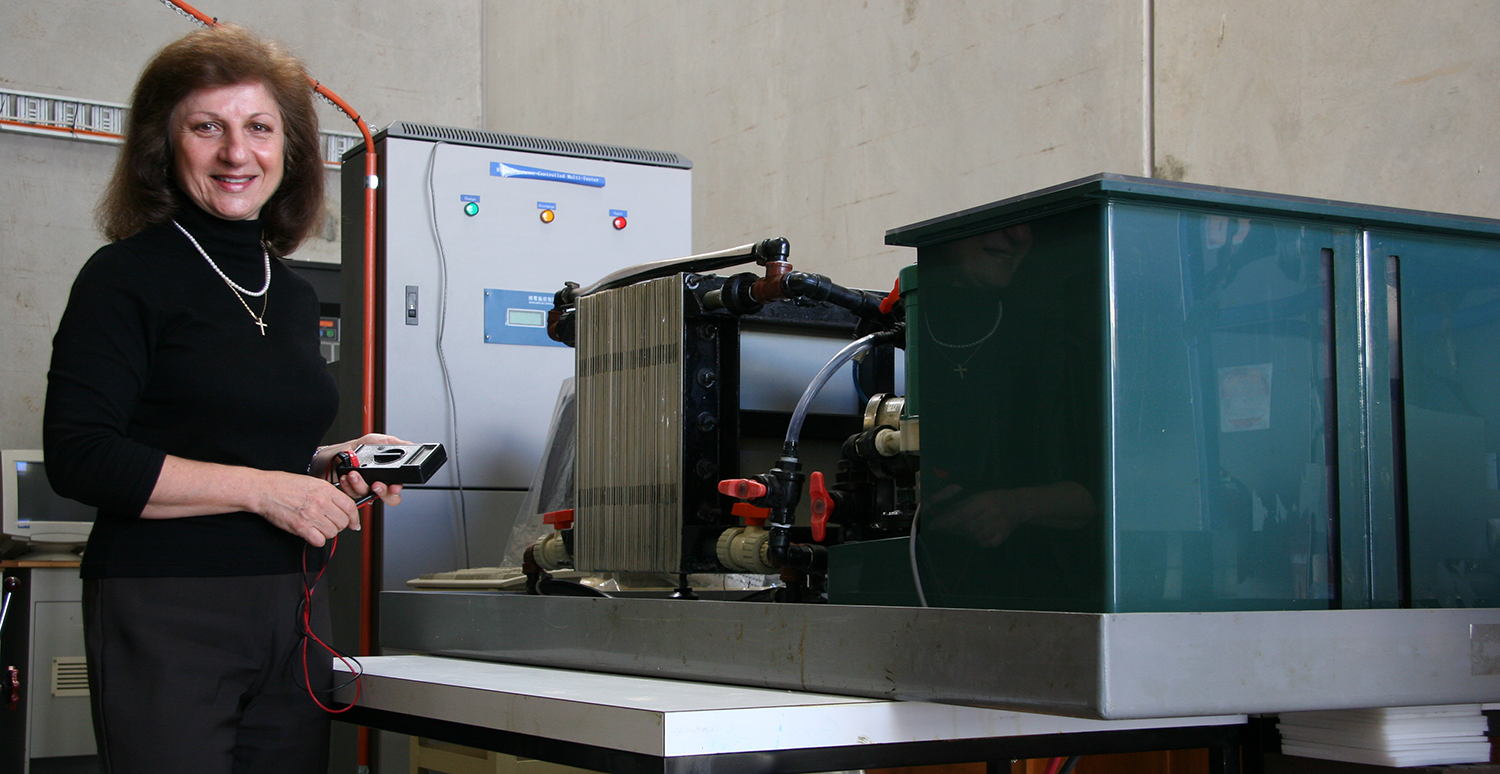 Academy Fellow Professor Maria Skyllas-Kazacos talks about her journey from “too hard” science to inventing the vanadium redox battery.

How did you become interested in science and engineering?

While I was at school I never really saw myself as an engineer and had no specific interest in science. I was more interested in art and English, and was actually afraid of maths and science because I believed they were too hard for me. I even tried to avoid doing the higher level maths and science units.

Thankfully, my maths teacher convinced me that I was quite capable. I took her advice, did advanced mathematics, and realised I was actually quite good at it. I ended up loving maths, although I didn’t realise the important connection between maths and engineering at the time.

During year 12 I attended an applied science careers week at the University of NSW. There, I was introduced to a range of courses including chemical engineering, chemical technology, mining engineering, metallurgy and textile technology.

At the end of high school I initially applied to study law, but a solicitor friend of my father’s talked me out of it. I quickly changed my preferences and ended up enrolling in chemical engineering at UNSW.

Halfway through first year, however, I thought I’d made the wrong choice. I couldn’t imagine myself in heavy boots and a hard hat working in a “dirty” chemical plant. I changed my course to industrial chemistry, not realising that about 80 per cent of the classes were from the chemical engineering program anyway!

I must admit that I couldn’t relate to these subjects as an undergraduate. I was one of only a handful of female students in a cohort of over 100 in most of my courses. But I wanted to finish what I started. I studied hard, afraid that I would otherwise fail. To my surprise, I ended up with distinctions and high distinctions in all of my subjects, and graduated with first-class honours and the University Medal.

What challenges did you face as a young woman in a male-dominated field?

I was extremely fortunate to have had so much support during my studies. Most of the male lecturers were very encouraging and some became great mentors during my early career.

I was somewhat naïve when it came to planning my career path. But even that seemed to work in my favour: my male colleagues felt they had to help me navigate the complicated academic promotion system.

Every time I attended scientific conferences I was one of a couple of women in the room, so I attracted a lot of attention. Perhaps that’s one reason why the vanadium battery work got media attention. That, in turn, brought us early commercial interest and support from around the world. 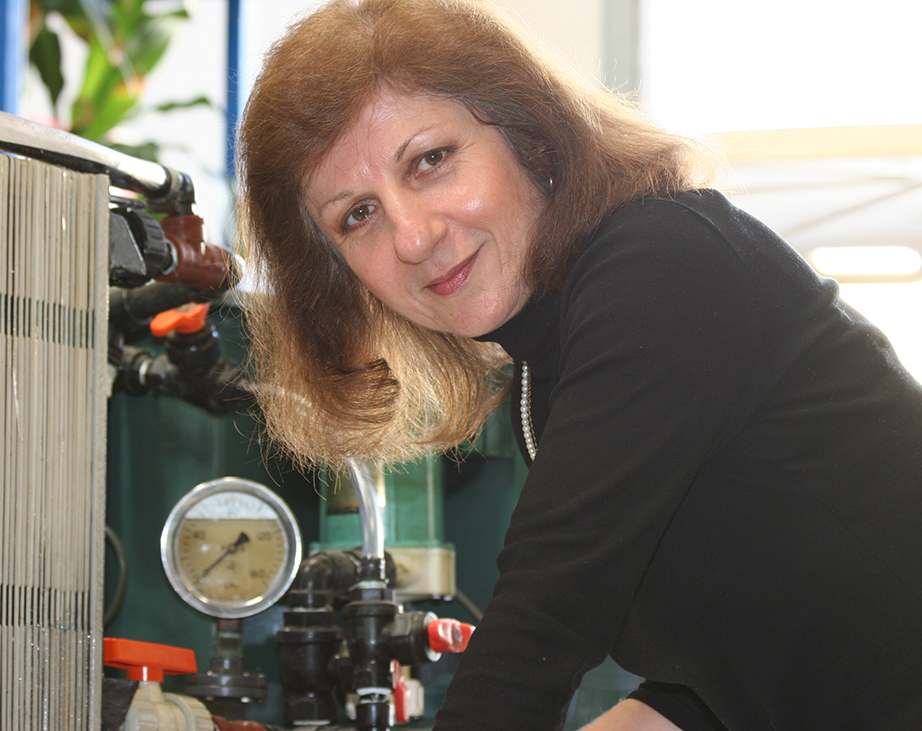 How did you create the vanadium redox battery?

The creation of the vanadium redox battery has been a team effort involving dozens of students and research fellows over 35 years. The seed was planted while I was a postdoctoral fellow at Bell Telephone Laboratories in Murray Hill, New Jersey, in 1978-79, where my work on liquid junction solar cells and lead-acid batteries introduced me to problems in conventional battery technologies.

On returning to Australia, I was awarded a Queen Elizabeth II Postdoctoral Fellowship to continue my research in liquid junction solar cells at the School of Physics at UNSW. In 1982 I was appointed lecturer in the School of Chemical Engineering and Industrial Chemistry.

As a new academic, I was looking for new research areas to get into. My interest in flow batteries all began with a masters student, Robert Brand, who was working on NASA’s iron-chromium flow cell with Professor Martin Green, a world leader in silicon solar cells. In 1983, Bob asked me to co-supervise him for his masters thesis.

The concept of the flow battery – originally proposed by NASA in the 1970s – intrigued me. It seemed to overcome many of the problems of conventional batteries.

It also means that the cost of stored energy drops dramatically with increased storage capacity, since you just add more electrolyte and bigger tanks, rather than more batteries.

Most types of flow batteries use different elements in the two half-cells. Bob’s cell, for instance, would use iron and chromium. After only a single experiment in the lab, however, it became obvious that cross-contamination was an inherent problem for all flow batteries of this type.

The only way to overcome this was using the same element in both half-cells. Vanadium, a rare, silvery-grey metal, was suggested as a good starting point.

Although others had considered vanadium for flow batteries, one important form of the element – the V(V) species – had very low solubility. This limited vanadium’s practical viability, so it had always been dismissed. Undeterred, I decided to set this research topic as an honours project in 1984.

But before I gave it to an undergraduate student, I began preliminary electrochemical experiments on vanadium electrolytes.

During 1984, the honours student, Elaine Sum, screened a number of different solution options. She confirmed that sulfuric acid gave the best results. But the low solubility of V(V) compounds still seemed a limitation. 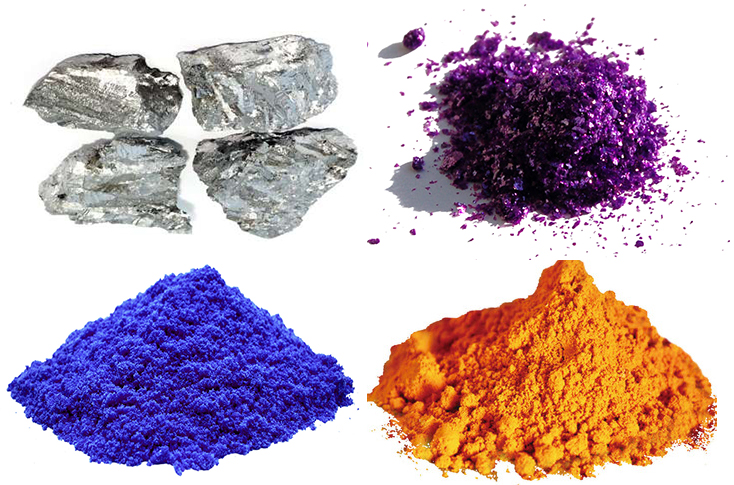 In 1985, three fellow researchers (Martin Green, Bob Robbins and Tony Fane) and I got a grant from the National Energy Research Development and Demonstration Council. We set out on our attempt to produce concentrated V(V) solutions by oxidising a bright blue powder called vanadyl sulfate, a much more soluble form of vanadium.

Together with Dr Miron Rychcik, we produced and tested a successful vanadium electrolyte. The battery was viable! Because of our results, the first patent for the All-Vanadium Redox Flow Battery was filed in 1986. This was the start of a 33-year program at UNSW that continues today.

During the early years, we found that vanadyl sulfate, which costs more than $400/kg, wasn’t economical. Our priority was to develop a process for making the electrolyte with the much cheaper vanadium pentoxide – which was $5/kg, and looks a little like turmeric.

Our work expanded to cover all aspects of the vanadium battery, including:

All this led through to prototype testing, manufacturing trials and, ultimately, industrial licensing. Today, the vanadium redox battery is a rapidly growing technology and valuable piece of the renewable energy puzzle. And because it’s water-based, it’s safer than flammable lithium batteries and other alternatives.

You’re a world-renowned engineer, yet you also studied drama and art. How did this shape your career?

When I was young, I used to think that science and creative arts were totally different. As an undergraduate, I found engineering and science subjects very dry. I was thrilled to have the opportunity to take several general studies courses, including drama, art history and sociology.

In parallel, I always had a passion for history and read widely. These interests kept me motivated to complete my degree, with the intention of changing my career on graduation so that I might follow my passion.

Once I became involved in research, however, I realised that science and engineering are just as creative as art or drama. I feel that having multiple perspectives helps you to think on a different plane and opens the mind to possibilities beyond the written text book. In fact, it helps you to see the beauty of science!

What advice would you give to women pursuing a career in STEM?

During the 1990s and 2000s, much of my time at UNSW was spent visiting high schools, promoting careers in engineering, especially for girls.

Over the years, we have seen a huge increase in the numbers of women undertaking chemical engineering, and to a lesser extent, other engineering courses. Women have been outperforming male students in most HSC subjects for many years now, so I don’t believe they’re as uncertain about their competence in science and maths.

But they are still influenced by social perceptions about engineering and the status of engineers compared to doctors and lawyers. They also lack the confidence needed to promote themselves in the workplace.

My advice to young women has always been to recognise the invaluable contributions that engineers are making to improving our environment and to ensuring a future for the planet.

I tell them to keep all their options open at school, and that means including STEM courses. Sadly, the scaling of HSC subjects in recent years has led to many bright students (both girls and boys) choosing easier options to maximise their ATAR. This has seen fewer students taking STEM subjects and progressing into science and engineering courses at university.

For those women (and men) embarking on engineering, or any other career for that matter, my advice is to remember that there’s more to life than work. More and more we see young people working 12-15 hours a day. Keep things in perspective and make time for all the other important things in life.

I feel blessed that in my engineering career, work and meaning haven’t been mutually exclusive. Doing something that might help humanity and the planet is so rewarding that it’s possible to forget that it’s “work”. 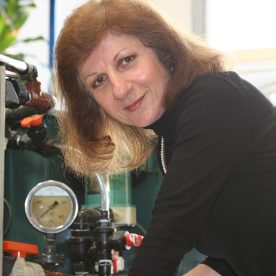 She received a Member of the Order of Australia honour on Australia Day 1999; was invested as Grand Lady of the Byzantine Order of St Eugene of Trebizond, Australia Day, 2009; and was elected a Fellow of the Australian Academy of Technology and Engineering in 2014.