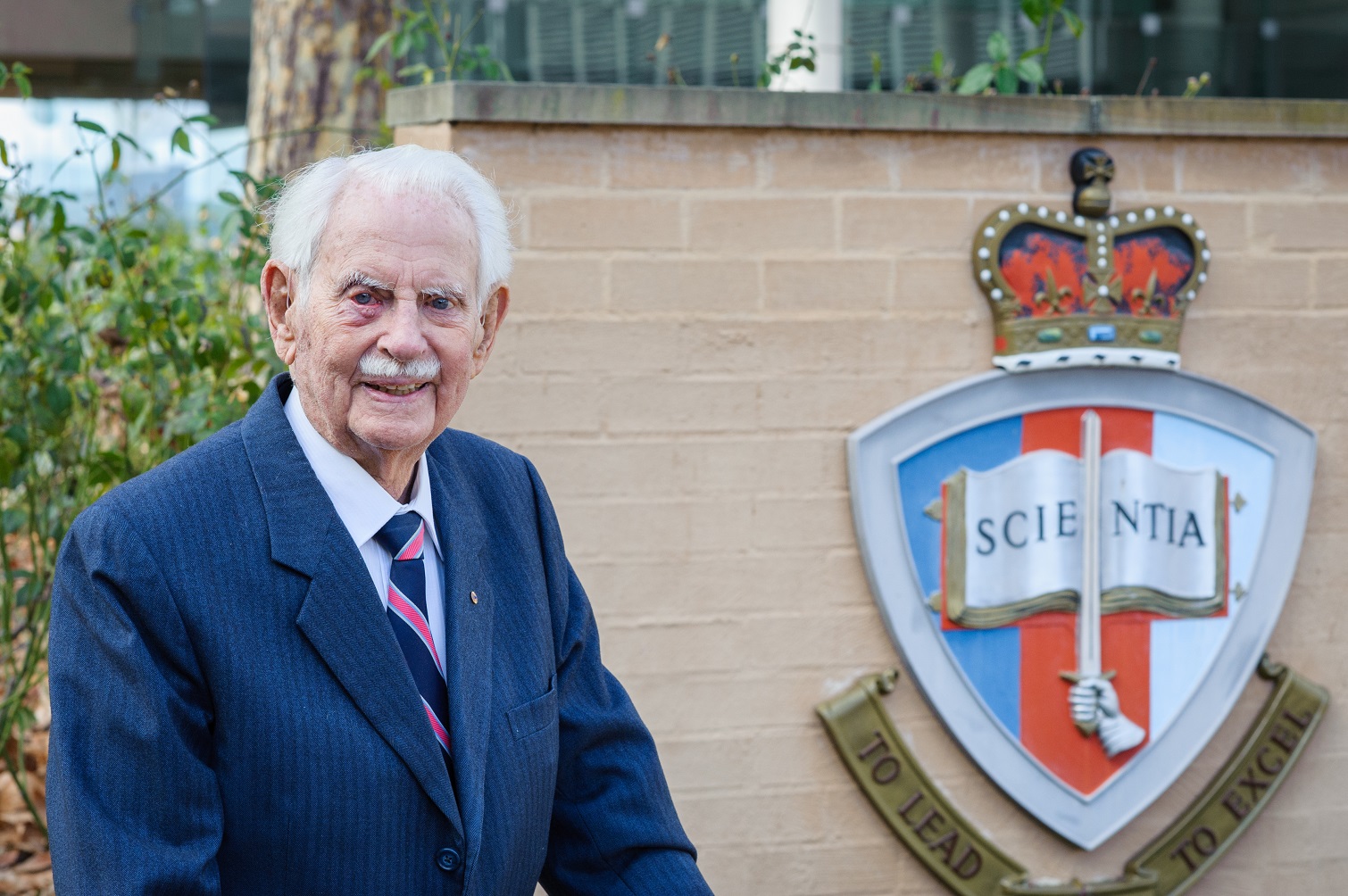 The Academy lost a committed and passionate supporter with the death of former President, Sir Rupert Myers KBE AO FTSE FAA, on 21 February, his 98th birthday.

“I first met Sir Rupert in the late 1980s. I found him to be most personable, very thorough and totally objective. When I became a Fellow of the Academy in 1991, I found his leadership progressive and inspirational,” Professor Bradlow said.

In their final interaction, Sir Rupert had expressed warm support for Professor Bradlow’s initiatives to strengthen the Academy’s impact.

The Academy’s sixth President, Dr John Zillman AO FTSE, said: “Sir Rupert was a marvellous champion of the Academy and one of the most meticulous, careful and thoughtful people I ever worked with.

“I had the privilege of serving as Honorary Secretary of the Academy when he was President and our almost daily early morning (ie before 7am) exchange of faxes of draft letters and documents became an integral part of ATSE modus operandi in those years.

“He never settled for anything less than the best possible but always made sure it was achieved with calm consideration, kindness and sensitivity.”

Former President and now Chief Scientist of Australia, Dr Alan Finkel AO FTSE, expressed his sadness, noting that Sir Rupert had reached out several times to him and provided much appreciated encouragement and support for the STELR schools education program in its early years.

During his tenure as Vice-Chancellor, the university saw massive growth to become Australia’s largest in 1976 with more than 18,000 students. His challenge included leading the university through a time of student unrest and political activism.

His career had, however, modest beginnings. Sir Rupert began his education at Lloyd Street Public School in the Melbourne suburb of East Malvern, before attending Melbourne High.

At the University of Melbourne, he studied metallurgy, graduating with a BSc in 1942, an MSc in 1943 and a PhD in 1948 – the first PhD in science to be awarded in Australia. Previously, doctorates were gained at British universities.

Sir Rupert remained active within the Academy’s NSW Division until very recently, when health took its toll, but his intellect and fun-loving character stayed with him to the last – even while undergoing dialysis.

He held great affection for his role with the Academy, writing in 2005: “Looking back on my time as President I recall several matters of some significance.

“One was the official opening of our newly refurbished headquarters, Ian McLennan House, by Mr Bill Hayden. It was his first official function as the new Governor-General and mine as President.

“Another was the considerable task of implementing the wide-ranging recommendations of Sir Frank Espie’s committee which charted a new course for the Academy. I believe that these changes dramatically enhanced the organisation and operations of the Academy.

“Perhaps the most far-reaching and yet not widely known event was the discussions which went on quietly but intensively between the Academy and the Institution of Engineers Australia about their respective roles. One outcome was the addition of ‘Engineering’ to the Academy’s name.”

Sir Rupert concluded his retrospective with: “As the Academy celebrates its thirtieth anniversary it is timely to recall the initiative and foresight the Founding Fellows demonstrated and to thank them for setting it on a successful course.

“For my part I express my immense admiration of the many very busy Fellows who freely give so much time to advancing its work.”

The Academy would now, in turn, like to pay tribute to Sir Rupert for his tireless efforts and dedication.

Sir Rupert is survived by his second wife, Nancy. His first wife, Io, died in 2001. They had three daughters and a son.