Will Australia be a renewable energy export powerhouse?

According to the International Energy Agency’s recent report Net Zero by 2050: A Roadmap for the Global Energy Sector, all countries need to immediately implement a broad range of new policy approaches and technologies to decarbonise their energy systems and cut carbon emissions to net zero by 2050.

As a traditional fossil fuel exporter, this is both a risk and an opportunity for Australia’s energy exports, tax revenue and employment.

Fossil fuels make up around a quarter of our total exports. However, four of our top five trade partners (Japan, South Korea, the United States, and the United Kingdom) have all set 2050 net zero targets, and the fifth, China, is aiming for 2060.

These countries have all introduced policies and projects to help them achieve this goal. Given that China, Japan, and South Korea receive two thirds of our fossil fuel exports, the market for Australian coal and gas is likely to substantially decline. 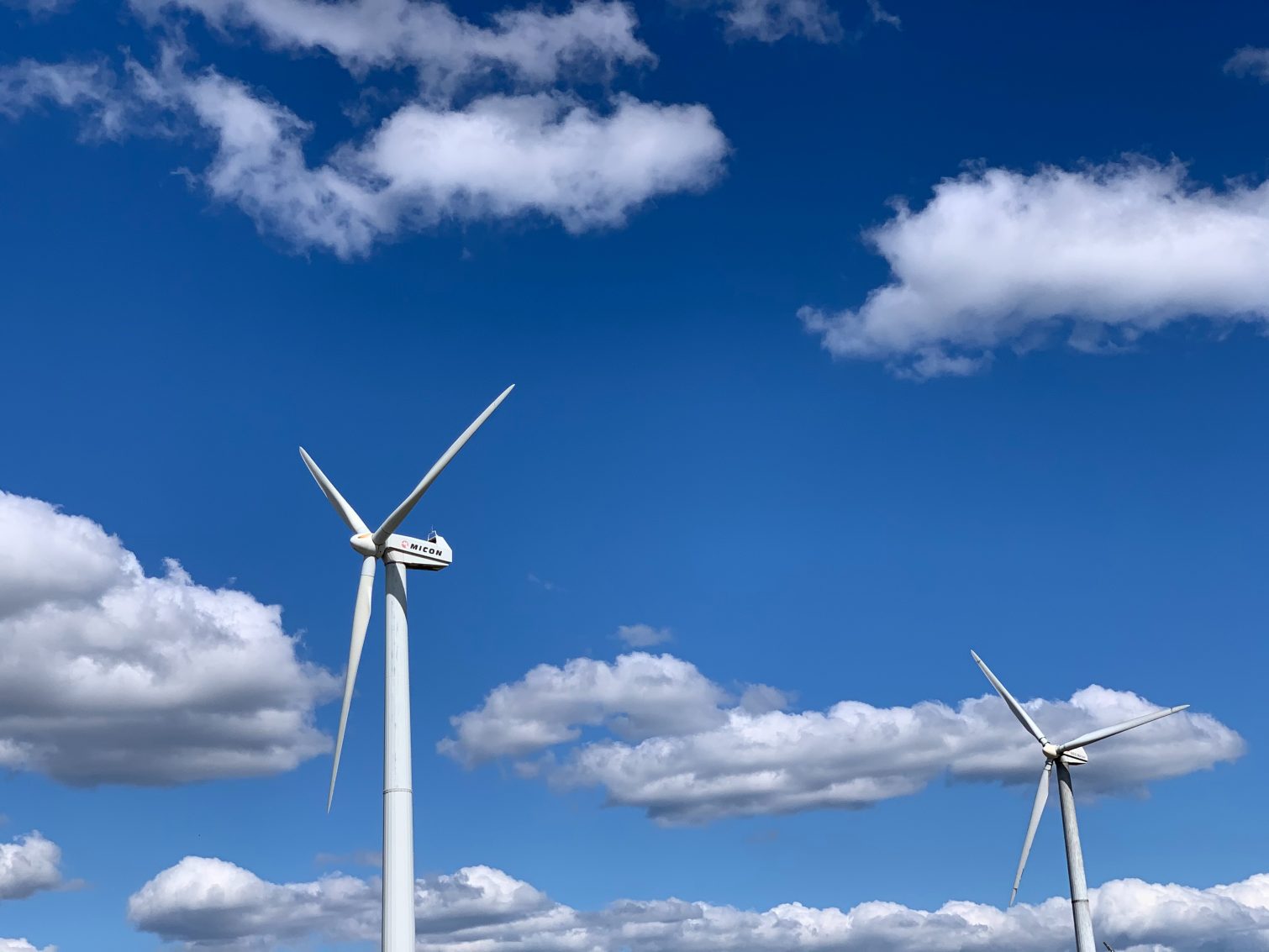 A WORLD OF OPPORTUNITIES

Fortunately, Australia has much to offer in the development of a net zero emissions world. We have a vast capacity to generate solar and wind electricity, which we could export through undersea cables or in the form of green hydrogen or ammonia.

We can also use renewable energy to produce energy-intensive commodities such as steel and aluminium.

In addition, Australia has large deposits of the critical minerals needed to manufacture clean energy technologies such as lithium-ion batteries, wind turbines and solar photovoltaic cells.

Lastly, we have a highly capable workforce, with the experience and skills to deliver large scale and capital-intensive projects. Each of these opportunities are explored below.

Australia’s size and natural solar and wind resources mean we can produce vast zero emissions (or green) electricity. We could potentially export this energy to our regional neighbours through high-voltage direct current cables.

Innovators and investors are already exploring this approach. Sun Cable’s proposed Australia-Asia PowerLink would supply renewable electricity to both Darwin and Singapore.

Sun Cable aims to build the world’s largest solar farm and battery storage facility in the Northern Territory, with between 36-42 gigawatt hours of battery storage: enough to power 300,000 average Australian homes for a week.

This energy will then be exported to Singapore via 4,200 kilometres of submarine cables. Singapore currently relies on gas for approximately 95 per cent of its electricity generation. The PowerLink project aims to meet up to 15 per cent of Singapore’s annual electricity demand with emission-free energy, diversifying Singapore’s electricity network and slashing its carbon emissions.

The initiative will also create thousands of jobs for Australians and help us become a renewable export powerhouse.

If Sun Cable’s project is successful, it will encourage additional investment in large scale, renewable export projects in Australia and help our regional neighbours who need cheap, clean, and reliable energy sources. 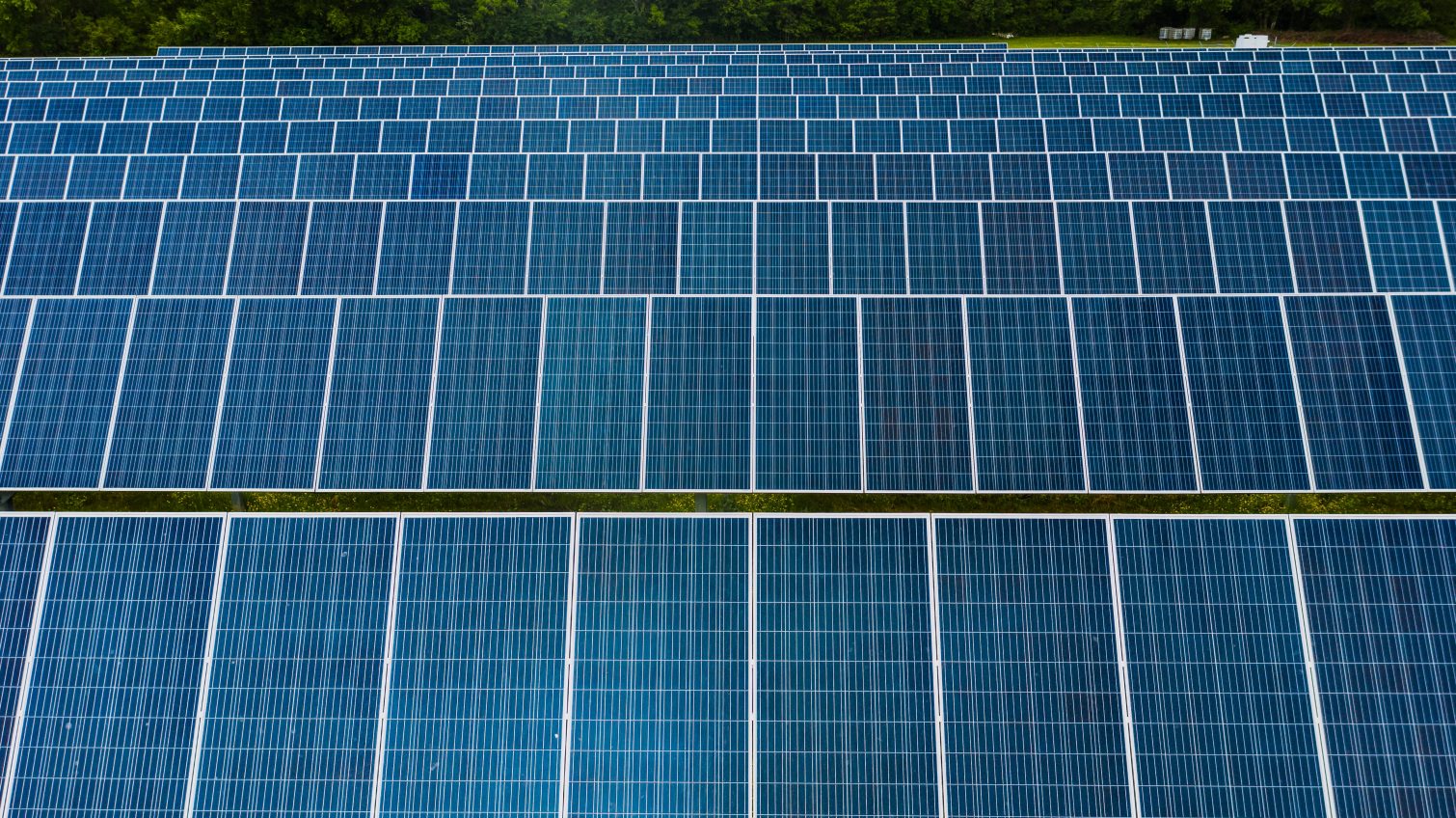 Hydrogen can be used as an alternative to natural gas and crude oil in sectors that aren’t easily electrified. We can also use it to produce green ammonia, an important feedstock for chemical fertiliser.

Green hydrogen is made by using renewable electricity to split water, a process which doesn’t emit any CO2. As green hydrogen gets cheaper to manufacture, it will increasingly displace fossil fuels and non-renewable hydrogen made from fossil fuels with or without Carbon Capture Utilisation and Storage (CCUS).

Other countries recognise this, and we have a growing number of bilateral hydrogen initiatives, including:

The Federal Government has also conditionally approved the development and funding of three green hydrogen generation plants to further support this new sector. 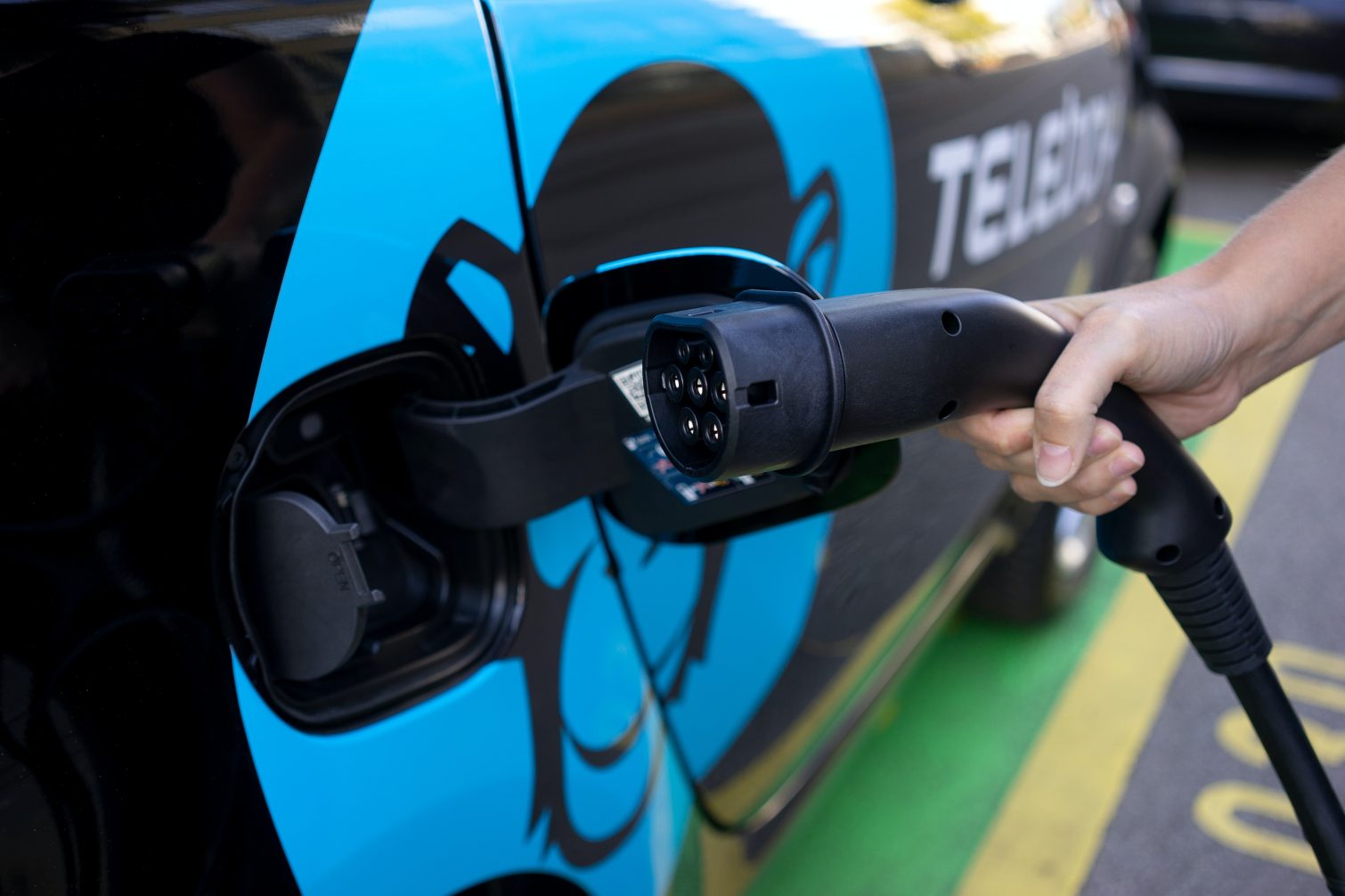 The clean energy technologies we need to decarbonise the global energy system — such as lithium ion batteries, wind turbines and solar photovoltaics — require large amounts of several critical minerals to produce.  For example, battery technology relies on a steady supply of lithium, nickel, and manganese.

Global demand for these critical minerals is expected to soar in the coming decades, particularly in countries such as South Korea, Indonesia, and Thailand, which have outlined plans to become world-leading battery manufacturers.

Mining critical minerals is a significant market opportunity for Australia. We have an abundance of many of these resources, including some of the largest reserves of lithium, copper, nickel, and cobalt in the world. Australia also has reputation as a low-risk jurisdiction for mining investment, an ability to electrify many mining and refining processes, and close proximity to major technology producers in Asia.

These factors make us well placed to supply this exponentially growing demand and become a key exporter of critical minerals.

While the shift towards a renewable energy future is an exciting export opportunity for Australia, there are also challenges we need to overcome. It’s important to recognise that Australia is competing for investment in a global market.

This, coupled with cheap labour and generous government subsidies gives China a competitive advantage in renewable technology manufacturing — for instance, it produces 80 per cent of the global supply of solar photovoltaic modules. The growing economies of scale in Chinese supply chains make it hard for Australia to compete on price.

However, other factors such as sustainability of production and reliability of supply may be important positives for Australia. 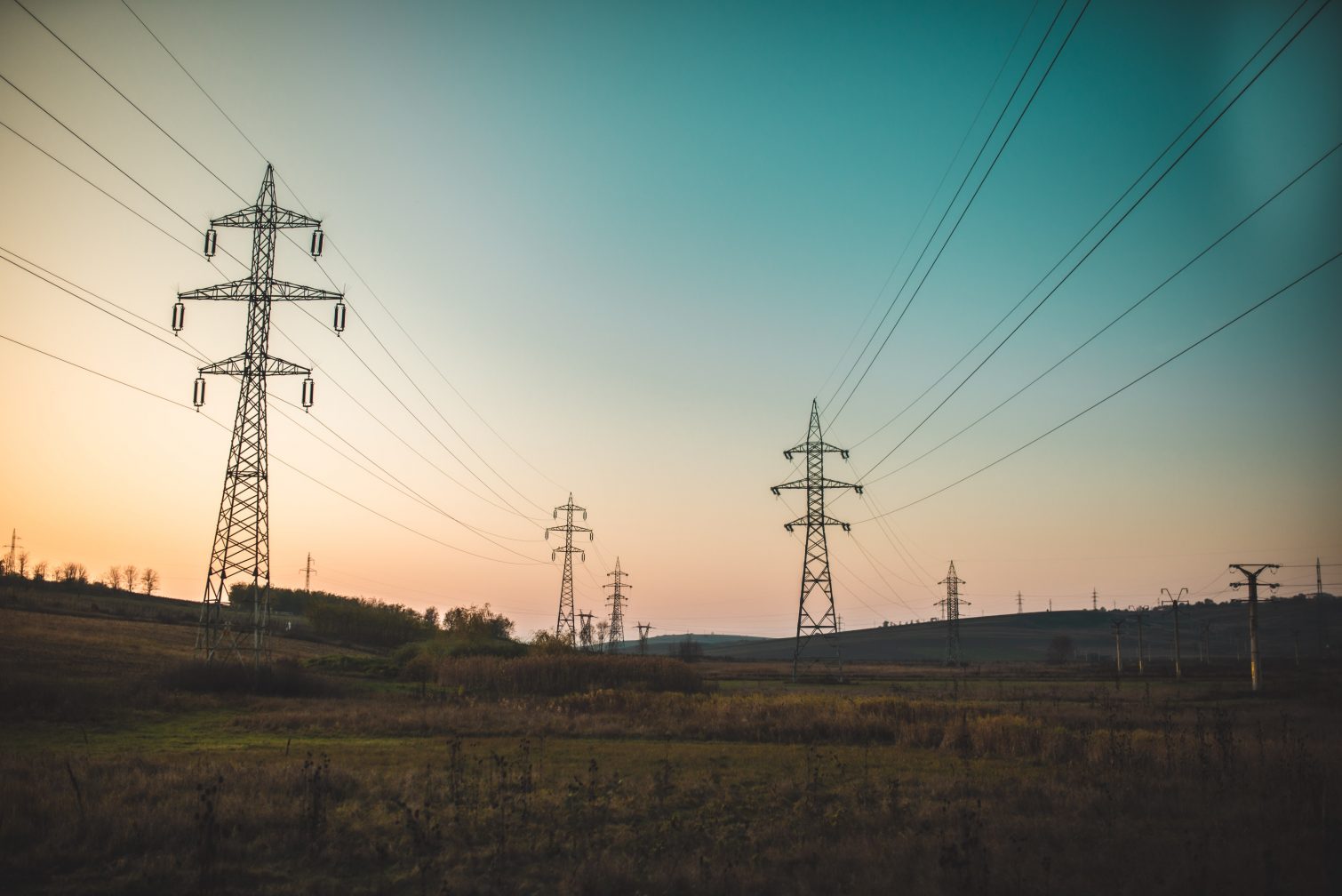 While innovation has come a long way, we also still have barriers to be overcome in several clean energy technologies, particularly with regard to hydrogen.

Currently, most hydrogen produced globally is ‘grey’, meaning it is made by burning gas (methane) without attempting to capture the greenhouse gases made in the process. Grey hydrogen production is responsible for about 2.5 per cent of annual global CO2 emissions and significantly contributes to global warming.

Adding CCUS to hydrogen produced from methane is called ‘blue hydrogen’. This would drastically reduce carbon emissions. However, there is currently no significant commercially viable CCUS in operation because the technology is too expensive.

We also need to improve the efficiency of producing green hydrogen and reduce the cost of renewable energy to achieve the $2 per kg green hydrogen targets set by the Federal Government.

The cost of renewable energy generation continues to get cheaper, and investment in the sector is now largely de-risked. We can expect this to motivate the direct electrification of transport, heating, and industrial processes in Australia.

The resulting lower energy costs will benefit communities, businesses, and manufacturers. If we work to our strengths and harness our abundant solar and wind resources, and wealth of critical minerals, Australia is well placed to extend this benefit to the export sector and become a renewable powerhouse in our region. 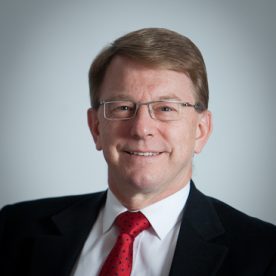 Professor John Söderbaum is a scientist with over 40 years of policy and program experience. His work includes energy, climate change, R&D, innovation and industry development. John works at the interface of the public, private and research sectors and believes collaboration between all these sectors is an important driver of innovation and productivity.