The ATSE Awards 2022 will announced during a gala dinner in Sydney on Wednesday 26 October 2022.

The Ezio Rizzardo Polymer Scholarship acknowledges the potential impact of an outstanding PhD candidate in polymer science or engineering. The award is made to an existing scholarship holder who is intending to undertake PhD studies related to polymer science or engineering and whose work will benefit Australia. The scholarship will provide $10,000 per year over up to three years, plus a $5000 travel fund. The Academy administers the scholarship, which is funded by the former CRC for Polymers. 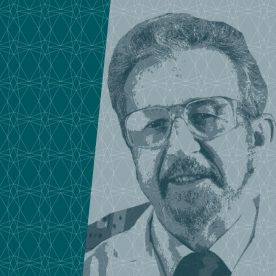 For the Ezio Rizzardo Polymer Scholarship candidates can only be from the following universities: 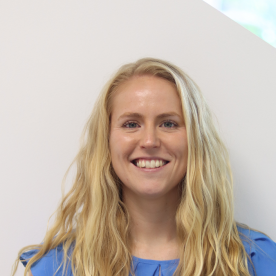 Georgia Hunter is an outstanding PhD student at Monash University with two STEM degrees – a Bachelor of Engineering and a Bachelor of Science – who is working to improve the properties of multi-polymer materials.

She is looking to harness design strategies found in nature and develop numerical models to achieve the most desirable combination of properties. With exciting possibilities unlocked with the advancement in multi-polymer 3-D printing, her research proposal could contribute to the manufacture of polymer materials that are as strong and as tough as natural materials. This has been difficult to achieve using ‘conventional’ manufacturing techniques.

Georgia Hunter is continuing her passion for STEM not only in her work but also by teaching the next generation of engineering students as a university tutor and demonstrator. 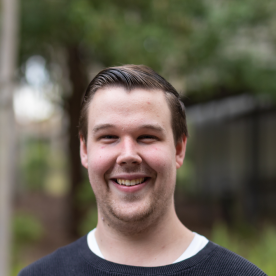 Hayden Robertson’s PhD program is improving the current understanding of how stimulus-responsive polymers that are grafted onto a substrate to form a “brush” behave in complex media.

Polymer brushes can be used to coat various surfaces including silicon, gold, metal oxides and other polymers. Because their behaviour can be easily controlled and tuned by the presence of different salts or solvents, they have application in many fields, including targeted drug delivery, lubrication, altering the conductivity of a material’s surface and controlling the transport of small particles. They can also be used as anti-fouling agents to keep ship hulls free of contaminants and for organic light emitting diodes in television screens.

Improving the understanding of how stimulus-responsive polymer brushes react in different environments is important as it will lead to the deployment of polymer brushes as smart interfaces with tuneable properties.

As well as conducting his research, Hayden Robertson has also acted as a Student Ambassador for the Bachelor of Science program at the University of Newcastle and been part of the university’s SMART program, delivering science and engineering shows to the general public. 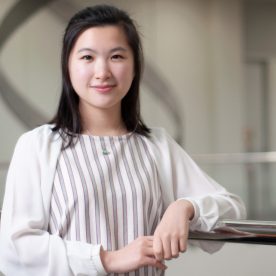 In only her second year of a PhD at the University of Western Australia, Charmaine Hee is working on self-assembling polymers that can be programmed to create complex structures.

Ms Hee’s work is aimed at developing precision and personalised medical solutions through improving understanding of molecular recognition within living cells. Holding a Bachelor of Philosophy with First Class Honours in Chemistry, Ms Hee is also a passionate science communicator who’s been inspiring the next generation of STEM students since the beginning of her undergraduate studies.

The Ezio Rizzardo Polymer Scholarship acknowledges and awards merit and potential impact of an outstanding PhD candidate in polymer science or engineering. It recognises outstanding polymer research in Australia and work that delivers impacts that benefit Australia.