A nation of users or leaders?

Australia’s Digital Future — A nation of users or leaders?

Australia’s Digital Future — A nation of users or leaders? 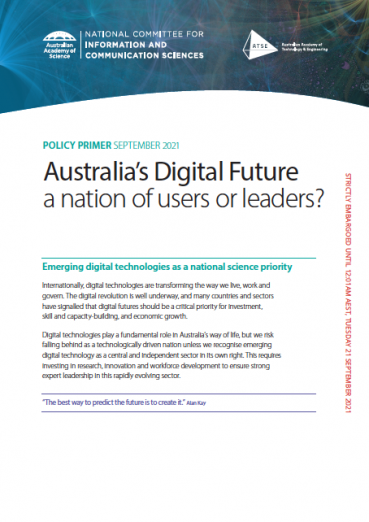 Australia risks becoming a laggard among the world’s top technologically driven nations without a stronger investment in digital technology-based research, innovation and workers, according to a new summary for policymakers published today.

While countries such as the USA, United Kingdom, France and Canada are prioritising digital technologies as a strategy to bolster competitiveness in the emerging ‘digital economy’, Australia is falling behind. Digital innovation accounts for only 7.4 per cent of Australia’s GDP compared to the 11.2 per cent average enjoyed by the OECD.