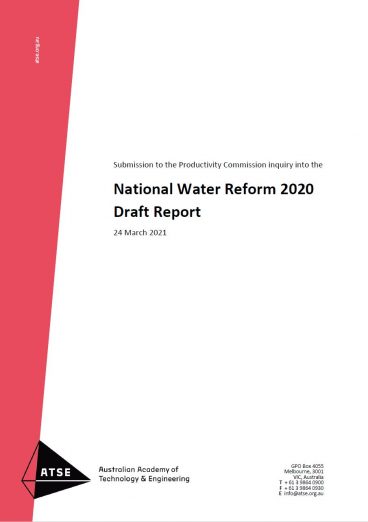 The five key areas of water reform addressed in ATSE’s submission are as follows: