How to nominate a candidate for Fellowship

The Australian Academy of Technological Sciences and Engineering (ATSE) currently has over 900 Fellows, drawn from industry, academia, government, and research organisations. They include Chief Scientists, CEOs and CTOs, Vice-Chancellors, heads of research institutes and many other eminent leaders.

New Fellows are elected by the Fellowship on the basis of excellence, accomplishment, and fit with a modern and future-facing Academy, always ensuring they will contribute to the Academy’s mission of helping Australians understand and use applied science, technology and engineering to solve the complex problems facing our nation in a fast-changing world.

Diversity in the Fellowship

Our Fellows’ deep knowledge, expertise and experience in science, technology and engineering drawn from industry, research, and government ensure that ATSE continues to be a leading Learned Academy. The annual process of election to Fellowship is detailed, robust, fair, and rigorous and only a fraction of candidate’s progress to fellowship. Peer assessment of nominations is organised via eight individual Sector Groups: 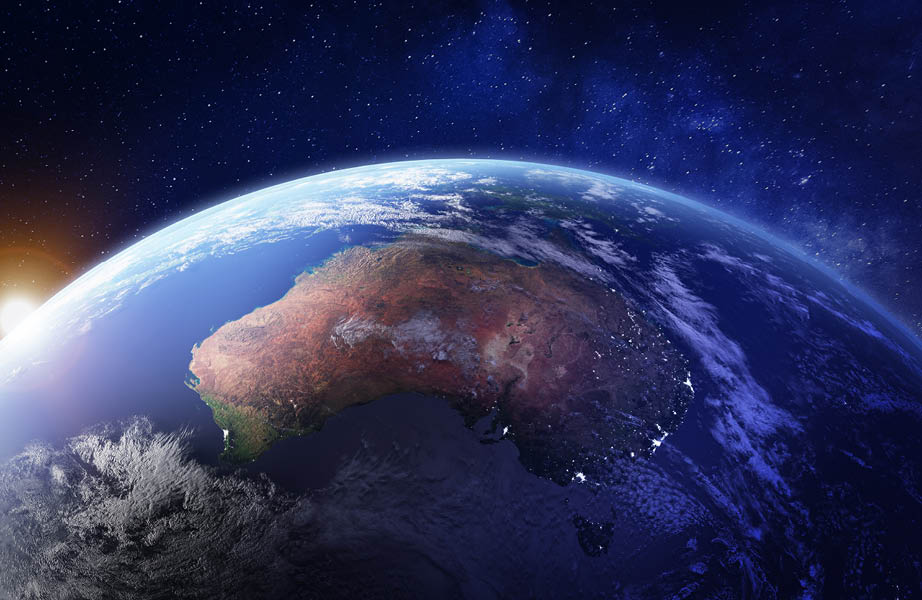 Diversity in the Fellowship

In promoting diversity and inclusion in STEM, a priority will be to address the imbalance in gender in STEM. The Academy’s other diversity priorities include Indigenous Australians, and cultural and linguistic diversity. Further, younger Fellows will have an opportunity to contribute to a modern and future facing academy for many years to come. 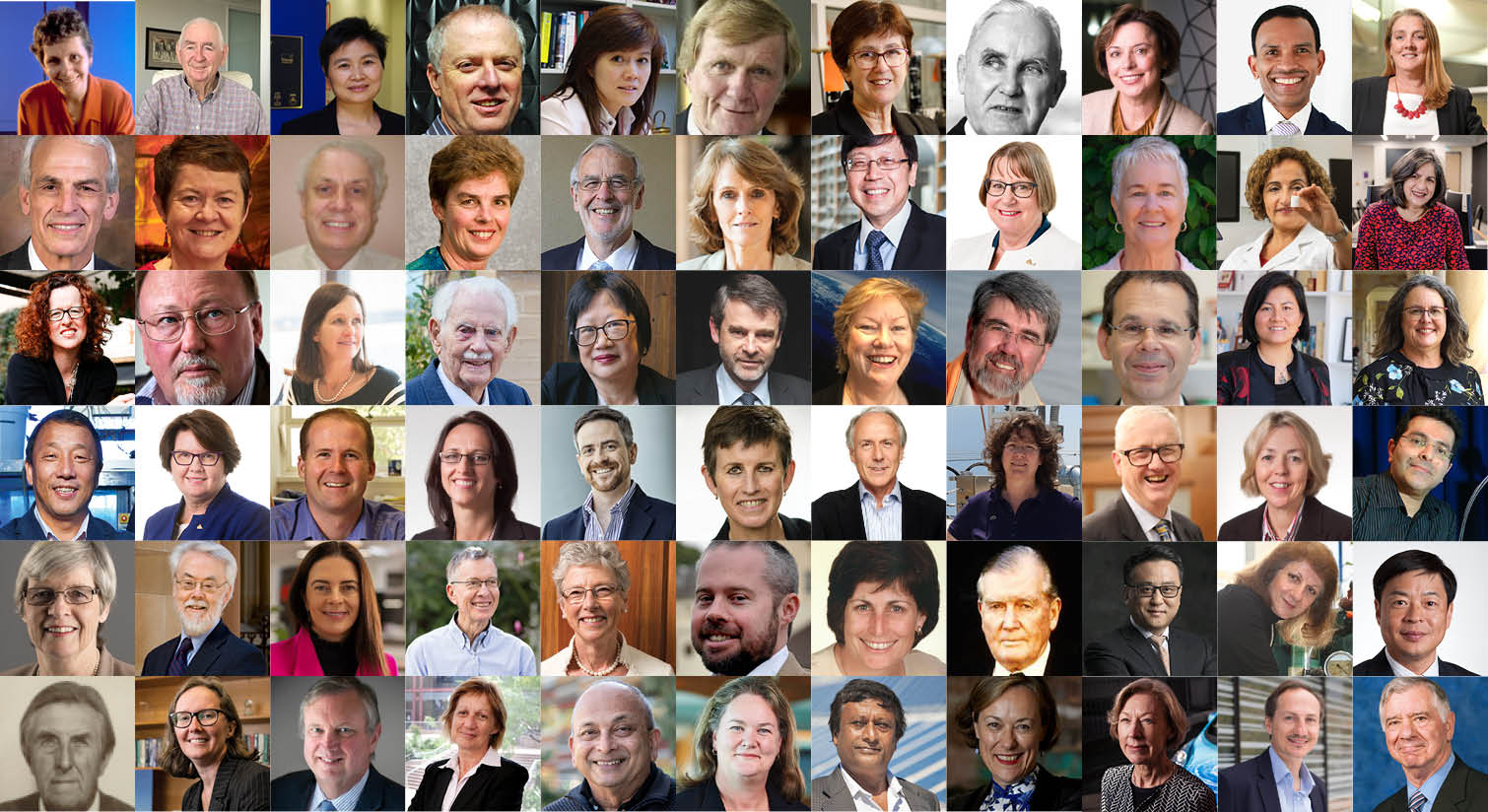 In electing Fellows, ATSE looks for Australian trailblazers with global impact. We assess significant past and current achievement as well as potential to support our mission and activities now and into the future. Fellows must be Australian citizens or permanent residents in Australia, with the exception of our Foreign Fellows, who must have a strong relationship with Australia but be citizens of a country other than Australia and not be a resident of Australia. ATSE elects 25 new Fellows and up to one Foreign Fellow every year. In addition, the Board may choose to appoint an Honorary Fellow each year.

All existing Fellows with full membership are eligible to participate in the nomination process.

Only ATSE Fellows can nominate candidates for election to the Academy, and we encourage all our Fellows to nominate diverse candidates.

To nominate an individual for Fellowship, a range of biographical details, supported by citations attesting the candidate’s expertise, achievements, impact and value to the Academy are required. Full details for submitting a nomination can be found via the Fellow’s website insert hyperlink to Fellow’s site and nominations can be submitted via the online portal from Tuesday February 1 2022.

You can watch our 10 minute video addressing frequently asked questions around nominating new Fellows below. Guidelines for completing a nomination are available on the Fellows-only portal.

Impact of achievements which reflect outstanding individual achievement in technological sciences and engineering
The potential value of the candidate in contributing to the Academy’s mission. This is demonstrated in applications through existing service and commitment to sector development beyond a candidate’s employment.

Note regarding gender equity: *Nominators (proposers, seconders or supporters – see page footer for terminology) may put forward up to three candidates, providing at least one of them is a woman. Women should constitute 50 per cent of all new Fellows elected to the Academy by 2025.

What makes a good nomination?

Nominations are competitive. A good nomination should be well written and carefully considered. You should speak to the nominee and seek as much information as possible.

You should also spend time seeking good support for the nomination.

You should work with your Seconder, your Supporters, and your nominee to gather up information. There are only 500 words for each of the impact statements and value statements at Stage 1.

What does ‘value to the Academy’ mean?

You should describe what the nominee has done outside their day job.

You should also provide evidence that they will give some of their time to the Academy and its mission.

Any Fellow can nominate. New Fellows are encouraged to get involved in nominations.

Do you need permission from your Division before nominating?

The membership coordinator may also be able to provide advice and connect you to ‘supporters’ for your nomination.

Is it best to seek a supporter from within your own organisation or state or territory or to look further afield?

Nominations should be a national process. Often selected Fellows are those who are well known nationally, and often internationally.

Broad support from across organisations is recommended.

Do Fellows or potential Fellows who come from industry need to demonstrate significant academic achievement?

No. Typically these candidates wouldn’t have an academic record at all and this is acceptable.

Note that there is a target for 40% of new Fellows to be from industry.

How does ATSE support the nomination of women?

To support and encourage the nomination of women, there are allowances around the number of nominations a Fellow can be involved in at both Stage 1 and Stage 2.

You are allowed to be involved in TWO nominations as a proposer, seconder supporter, if those two candidates are men.

However, you can be involved in up to THREE nominations, if at least one of the nominations is for a woman. You can nominate three women.

For example, if you’ve supported two nominations at Stage 1, then you can support a further nomination at Stage 2, as long as that person is a woman.

Is there a lower age limit?

There isn’t an age limit and younger Fellows are encouraged.

In trying to shape the Academy for the future, it is acknowledged that younger fellows have a long number of years ahead of them to contribute to the Academy.

If a person has made significant impact, and they’re on the strong upward trajectory, those candidates are looked at favourably.

If I’ve nominated someone as a potential new Fellow, when will I hear back about the nomination?

After Stage 1, some candidates won’t go through to Stage 2 and the Proposers will be informed.

After stage 2, the final selection committee meeting will be held in August.

After that meeting, the Proposers will be told whether candidates will go through for the election.

Nominees are also notified if they are up for election following the August meeting.

What kind of material do we ask for at the Stage 2 nomination?

The Stage 2 nominations is an opportunity for the proposer to provide more information, but the impact and value statements. We also seek information from up to to further supporters who may or may not be Fellows. And we can have up to three referees.

Six weeks are provided to collect extra information for Stage 2.

Is the nomination process top secret and confidential? Does the nominee know that they’re being nominated?

The nominee should be advised that they are being nominated.

It’s best practice to seek as much advice and information from the nominee as possible in order to strengthen the nomination.

Who should be nominated?

We seek to have the diversity of the Academy reflect the nation that we work in.

What benefits are there to being a Fellow of the Academy? Why might somebody consider being nominated?

Being a Fellow of the Academy is really an honour. It is such a privilege to be able to network with other Fellows who come from all sorts of walks of life, who have made great contributions to academia and a wide variety of different industries.

The Fellowship facilitates networking and real contributions towards policy.

Fellows can influence the way government is funding industry and funding applied science.

It’s an opportunity to make an impact on society – to make the world a better place for our families.

Please contact the Fellowship Manager, Elvira Copur, if you have any questions regarding the nomination process, including the eligibility of a candidate or suitability of a referee. Enquiries may also be referred to the Vice-President Membership, where necessary.
fellowshipmanager@atse.org.au

*Terminology: The person making the nomination is termed the Proposer who must be a full financial Fellow of ATSE.  A nomination must also be seconded by a Fellow termed the Seconder. A nomination must include further support by experts (preferably, but not necessarily Fellows) termed as Supporters.