Part of the TOWARDS NET ZERO webinar series

ATSE launched its Net Zero Emissions Position Statement in September 2021. It calls for Australia to take urgent action to achieve net zero emissions by 2050 at the latest, and for Australia to set a more ambitious interim emissions target for 2030.

If widely deployed, mature climate technologies could deliver a substantial emissions abatement that will be needed to stabilize the climate by 2050. The challenge is that further changes must come from climate technologies that aren’t quite ready – that is technology solutions that have shown small scale success but are not yet mature and from those that are still in R&D.

Our speakers will explore the emerging technologies that can be used here in Australia to make deep cuts to our emissions, setting a course for achieving net zero emissions as soon as possible. 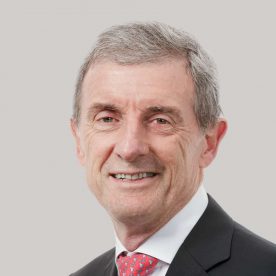 Tony has been Director of the Energy Program since 2011 after 14 years working at Origin Energy in senior executive roles. From 2009 to 2014 he was also Program Director of Clean Energy Projects at the Clinton Foundation, advising governments in the Asia-Pacific region on effective deployment of large-scale, low-emission energy technologies. In 2008, he was seconded to provide an industry perspective to the first Garnaut climate change review.

In January 2018, Tony was awarded a Member of the Order of Australia in recognition of his significant service to conservation and the environment, particularly in the areas of energy policy, climate change and sustainability. In October 2019, Tony was elected as a Fellow to the Australian Academy of Technology and Engineering. 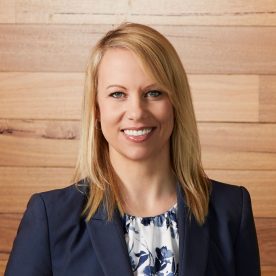 Louise Adams is Aurecon’s Chief Operating Officer. Aurecon is an Australian based, design, engineering and advisory company. Louise is responsible for driving the financial, operational and people performance across all areas of the business to achieve the Group’s strategic business goals. Louise has made an outstanding contribution to the engineering profession and the community through her project work and industry leadership, and has a passion for organisational diversity and the role it plays in innovation and is an advocate for female leadership and equality in STEM.

Prior to her current role, Louise was the Chief Executive for Australia and New Zealand, overseeing a workforce of roughly 4300 people involved in the delivery of infrastructure solutions in the Transportation, Water, Defence, Built Environment, Energy, Resources, Telecommunications and Aviation sectors.

Louise became the first female Executive Director on Aurecon’s Global Board in 2013 and is Aurecon’s global spokesperson for Women in Leadership. She has a passion for organisational diversity and the role it plays in innovation, and is an advocate for female leadership and equality within STEM.

Most recently, in 2021, Louise was inducted as a Fellow into the Australian Academy of Technology and Engineering. In November 2020, Louise was named the Australian CEO of the Year, which is part of the CEO Magazine Executive of the Year awards. She was also appointed to the National Advisory Board of Infrastructure Partnerships Australia and she is the Chair to Consult Australia’s Champions of Change and appears at many industry events. 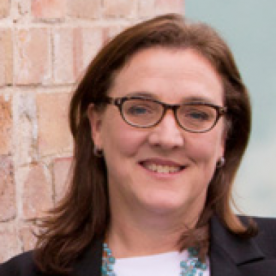 Innovator, entrepreneur and academic, Renate is passionate about using her skills to increase the uptake of solar and accelerate the energy transition. Recently described as one of Eight Great Women in the Business of Science and Solar by Renewable Energy World, she has led manufacturing and industrial technology development of energy technologies in Australia, Germany and China. Renate currently leads the UNSW activity in the Australian Centre for Advanced Photovoltaics and is Co-Founder of successful start-up, Solar Analytics.

Dr Woodthorpe has advanced Australia’s ability to derive substantial value from translation of research outputs into tangible outcomes and benefits for scientists, research organisations, governments and industry. She has made substantial contributions to the Australian technology and science translation landscape over the past 25 years. During this time, she has had a significant influence on government policies that now enable and encourage technology-based companies to achieve their potential. She has been a leader at the nexus of industry and academia through her senior governance roles with technology companies, CRCs and NCRIS, UTS Council and University-owned ventures.

Ahead of the COP26 Climate Change Summit in November, the Australian Academy of Technology and Engineering (ATSE) calls on the Feder…

ATSE support for legislation committing to net zero emissions by 2050

ATSE Board announces transition to net zero emissions through its investments

Following its public calls for Australia’s urgent transition to a net-zero emissions economy, the Australian Academy of Technology…