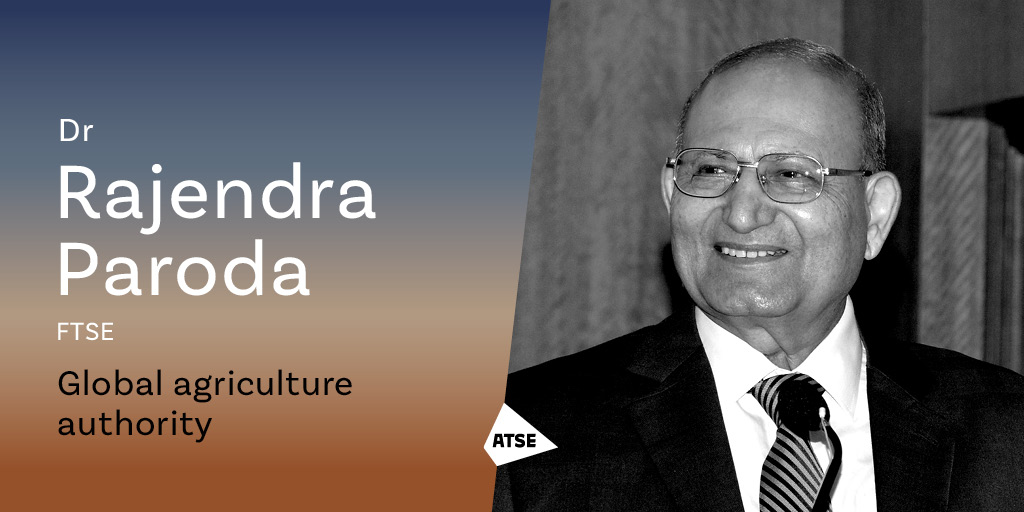 Dr Rajendra Paroda is an acclaimed agricultural scientist specialising in plant genetics and breeding. His contributions to plant breeding and genetic resource management are globally recognised and include establishing the first modern national genebank in India.

Rajendra has a long association with Australian scientists and organisations, including CSIRO. He served on the Advisory Council of the Australian Centre for International Agricultural Research.