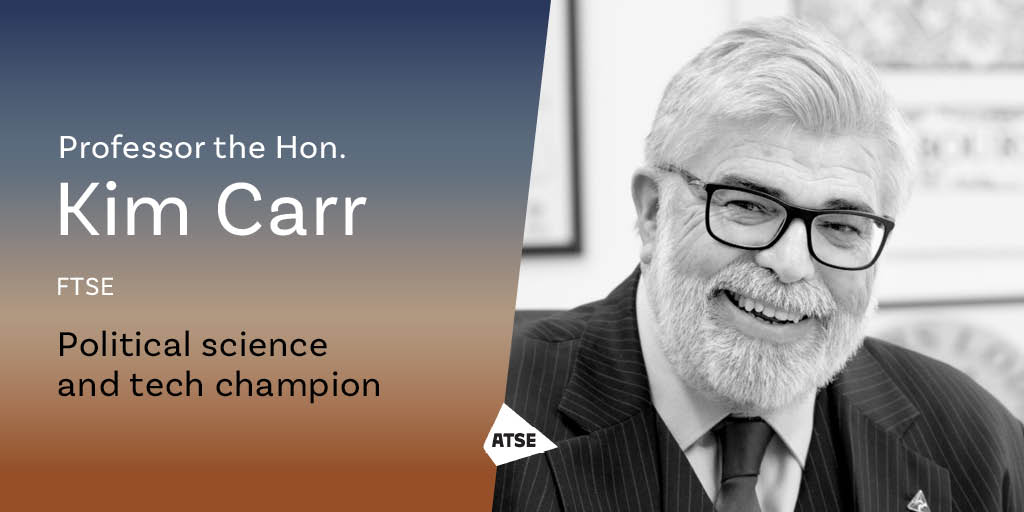 Professor the Honourable Kim Carr was a Senator for 29 years.  A former tech-school teacher, he was drawn to politics by the transformational possibilities of science and education.

Kim was appointed Minister for Innovation, Industry, Science and Research in 2007, a cabinet post he held for most of Labor’s previous six-year term in government.  He also served as Minister for Manufacturing, Defence Materiel, Human Services, and Higher Education.He is currently a Vice Chancellor’s Professorial Fellow at Monash University.

Kim made a significant national contribution to policy in these areas, through the important reforms he introduced while in government, his scrutiny and incisive questioning of government policy while in opposition, and the unparalleled longevity of his close engagement in these issues.

Praised by both sides of politics for his unstinting advocacy of Australian innovation and industry, Kim’s resignation from Parliament in 2022 elicited accolades from leaders in higher education, research and manufacturing, particularly for his profound understanding of and appreciation for the interconnectedness of these sectors.

Kim has been one of the strongest supporters of Australian manufacturing, technology and science in the history of the Australian Parliament.