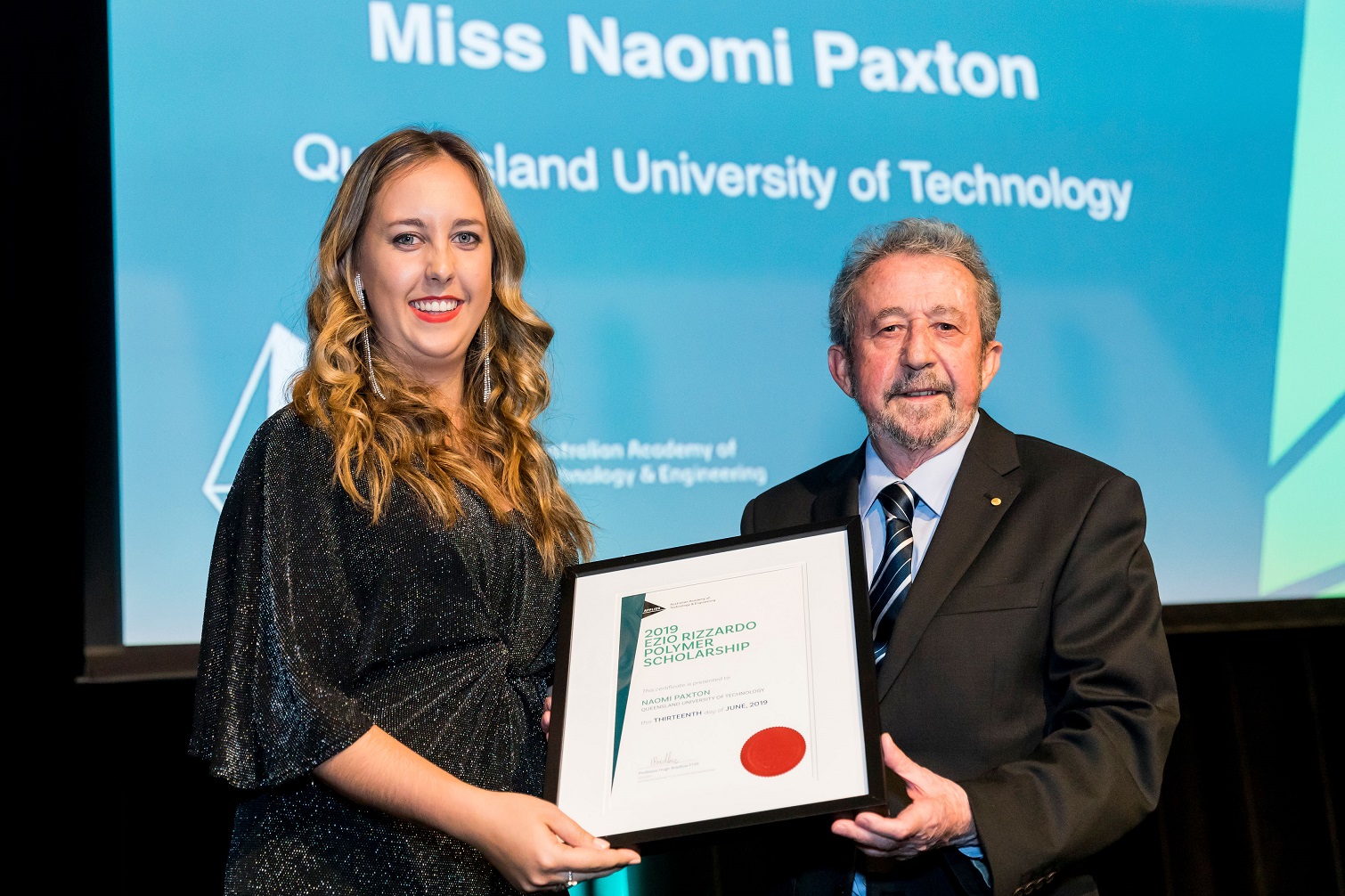 Naomi Paxton receives her award from Dr Ezio Rizzardo on 13 June 2019. Ms Paxton is the inaugural winner of the scholarship.

Naomi Paxton, a PhD student working with industry on better ways to 3D print body parts, is the first winner of the Ezio Rizzardo Polymer Scholarship.

Ms Paxton, from the Queensland University of Technology, is researching the fabrication of high-density polyethylene, patient-specific surgical implants.

The Ezio Rizzardo Polymer Scholarship acknowledges the potential impact of an outstanding PhD candidate in polymer science or engineering.

The award is made to an existing scholarship holder who is intending to undertake PhD studies related to polymer science or engineering and whose work will benefit Australia.

The Academy administers the scholarship, which is funded by the former CRC for Polymers.

Eligibility is limited to students who will be enrolled at one of the 14 participant universities of the former CRC for Polymers and who are Australian citizens or Australian permanent residents.

Nominations are considered by a selection committee comprising Academy Fellows who are polymer specialists.