Join the Academy in celebrating this year’s ATSE Awards winners at one of several cocktail parties being held simultaneously around the country on Thursday 10 June.

For more information and tickets

The David and Valerie Solomon Award is an early-mid career award for a science or technology graduate working in academia/research or industry R&D who demonstrates substantial ability to foster research-industry collaboration and knowledge transfer for the benefit of Australia. The winner will receive a unique award, a cash prize of $15,000 and 12 months mentoring from a senior entrepreneur/industry Fellow of the Academy with $5000 travel expenses to enhance this mentoring experience.

This requires effective collaboration between our universities and publicly funded research organisations and industrial research and development organisations.

Australia undertakes world-class scientific research through universities and other publicly funded research organisations, and while research excellence is desirable in its own right, it is not a sufficient driver of innovation and is only one dimension of the research endeavour.

Research collaborations with the private and public sectors, entrepreneurial behaviour and knowledge transfer are equally important activities, which are largely driven by researchers who are engaged with industry and end-users of research.

The David and Valerie Solomon Award recognises and incentivises public sector researchers who are engaged with industry and engaged industrial researchers and drive collaborative activities to produce real-world impact.

Specifically the Award will:

The award honours David Solomon, who is a Foundation Fellow of the Academy and who has been supported in his career by his wife, Valerie. The award is made available through a generous donation from David and Valerie Solomon.

CSIRO and Monash University’s Matthew Hill received the Solomon Award for developing ‘magic crystals’ with dozens of applications from cleaning gases and liquids to mining and drug production. Read more.

Matthew Hill GAICD is Associate Professor at Monash Chemical Engineering, and Principal Research Scientist at CSIRO Manufacturing, with a PhD from UNSW (2006). Matt’s team has pioneered the reduction to practise of metal organic frameworks (MOFs) – the world’s most porous materials, made almost entirely of identically-sized holes. Like a sponge, MOFs can store and release molecules such as hydrogen on demand; or like a sieve, MOFs can separate molecules such as CO2 from the air. Originally only made in test tubes, Matt has invented a new chemical processing technology to produce MOFs at 10 kg per hour, enabling commercial usage.

Associate Professor Matthew Hill is an exceptional nominee for the 2019 Solomon Award. Matthew’s key demonstration of excellence, innovation, and impact arises from his discovery and implementation of flow chemistry to provide reliable scaling to MOF synthesis. This transformative technology, and the applications made possible, take MOFS from scientific curiosity to the next powerhouse material in industrial design for catalysis, membrane, and other applications. On the way to developing this technology, Matthew has also produced 58 publications in the past 5 years, 13 patents, and been granted 2 licences granted.

Matthew’s signature contribution, mass production, flow chemistry methods for MOFs, make possible numerous new technologies particularly carbon dioxide capture directly from the atmosphere and robust membrane technologies that avoid typical aging problems. These are spectacular accomplishments that address major societal challenges and significantly advance the field of chemical engineering. Matthew is an outstanding young engineering researcher, and I have no hesitation in proposing him for this prestigious award. 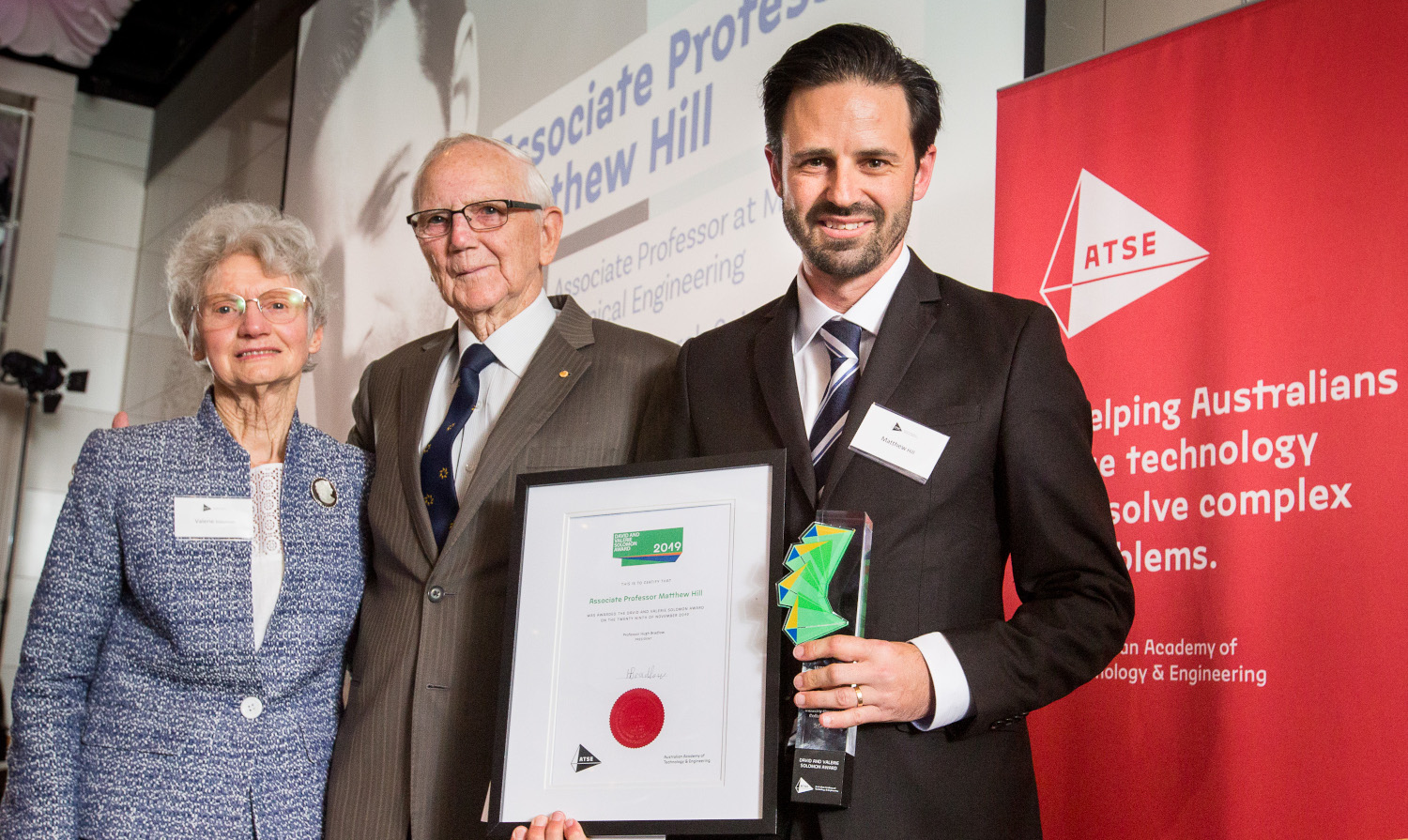